In America’s pantheon of monsters, Mothman is the most famous and scariest. This creature is half human and half insect. Legend has it that he roamed over Cape Pleasant, West Virginia. And the mothman swoops down to scare dogs and people. Additionally, Mothman attacks ceased in the late 1960s and Mothman disappeared. This Mothman sculpture was created according to legend. If you want an identical Mothman sculpture we could make an exact one for you.

Two young couples, Roger and Linda Scarberry, and Steve and Mary Mallett, were the first to hit the news after seeing Mothman. This was the case at the time when they arrived next to the abandoned northern power plant. Suddenly they saw two large red eyes reflecting the light from the car’s headlights. Steve noticed this first and pointed it out to everyone.

Mothman in the Report:

It is said that they saw a pair of glowing red eyes belonging to a strange creature. Also, this creature resembles a man with wings. Also, they said the creature was about 6 or 7 feet tall. And Mothman’s wings are folded on his back. Linda could also see the muscles in its legs. 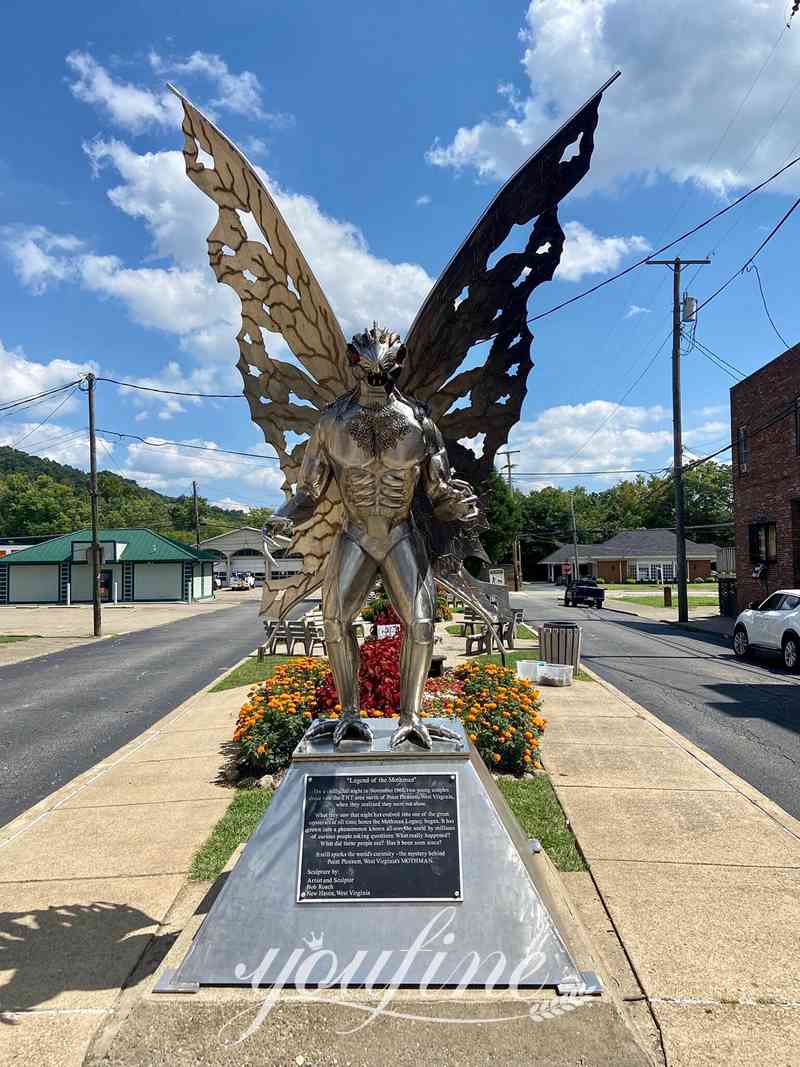 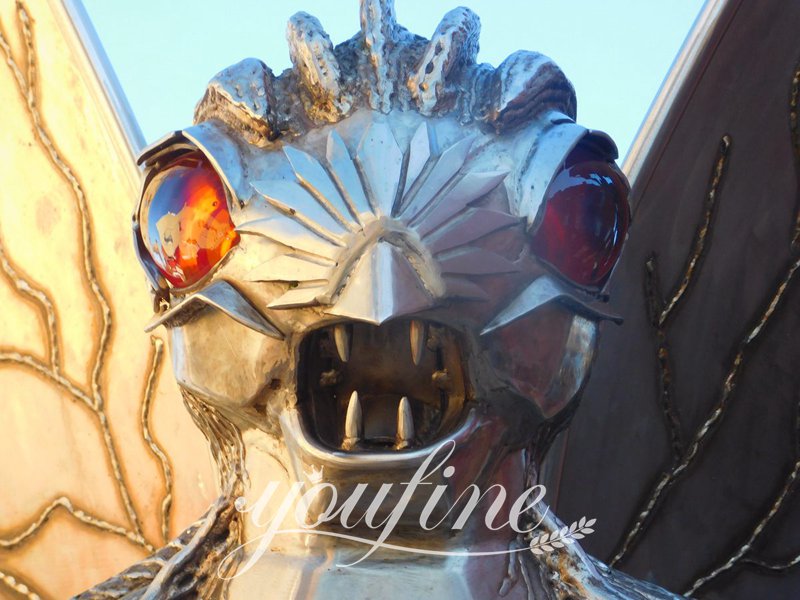 The Tales of the Mothman:

According to legend, the Mothman is a huge mysterious monster. And, Mothman has repeatedly soared in the skies of a former World War II munitions area north of Point Pleasant. Beginning in 1966, multiple sources began claiming to have seen the creature. Their humanoid beasts with massive 10-foot wingspans fly through the West Virginia skies. Legend has it that the creature had giant red eyes and an insect face. From aliens to military experiments to ancient paranormal phenomena, the origins of the Mothman are attributed to everything. 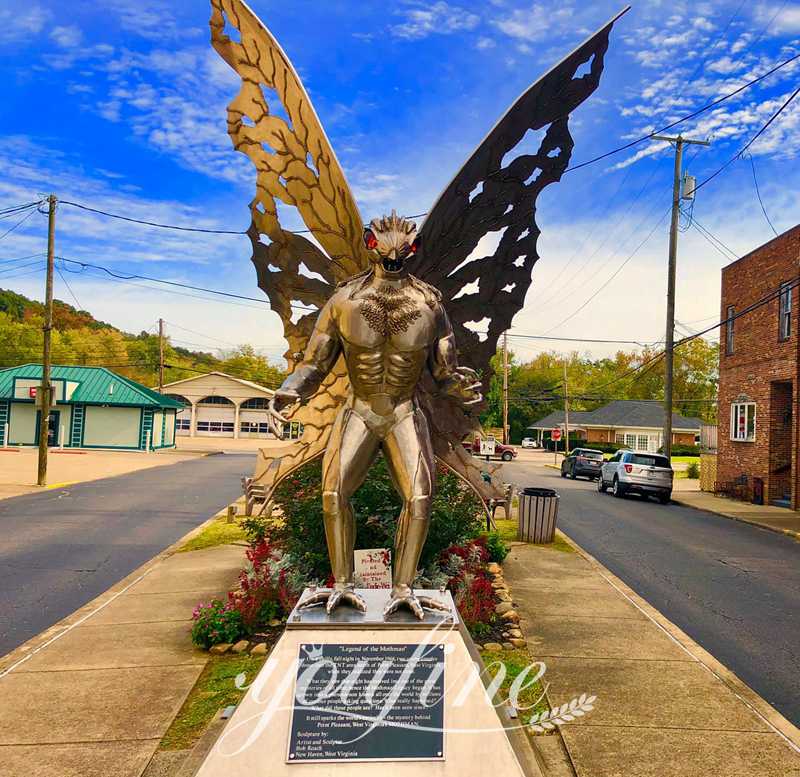 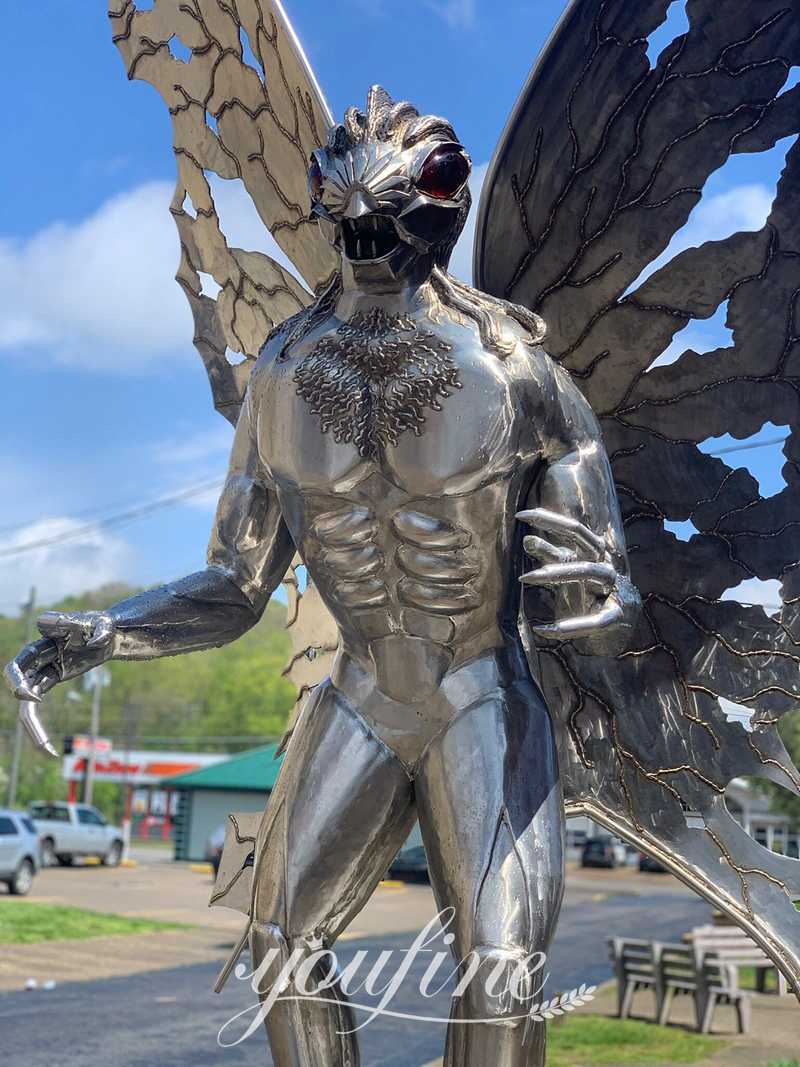 About “The Mothman Tale”. “TNT Area” refers to the former West Virginia Ordnance Factory and abandoned power plant. Now the McClintick Wildlife Management Area. The place is in an overgrown wildlife sanctuary 7 miles north of town. Also, it is believed to be the Mothman’s home or hideout. 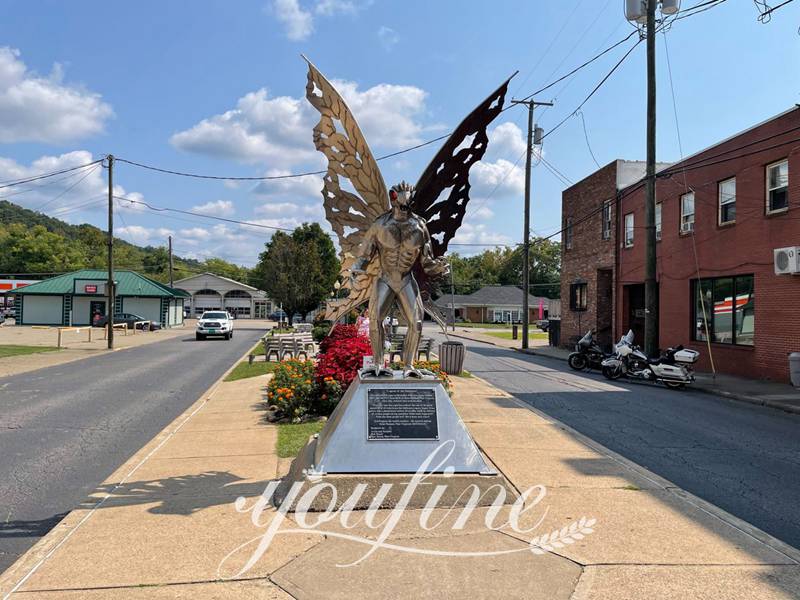 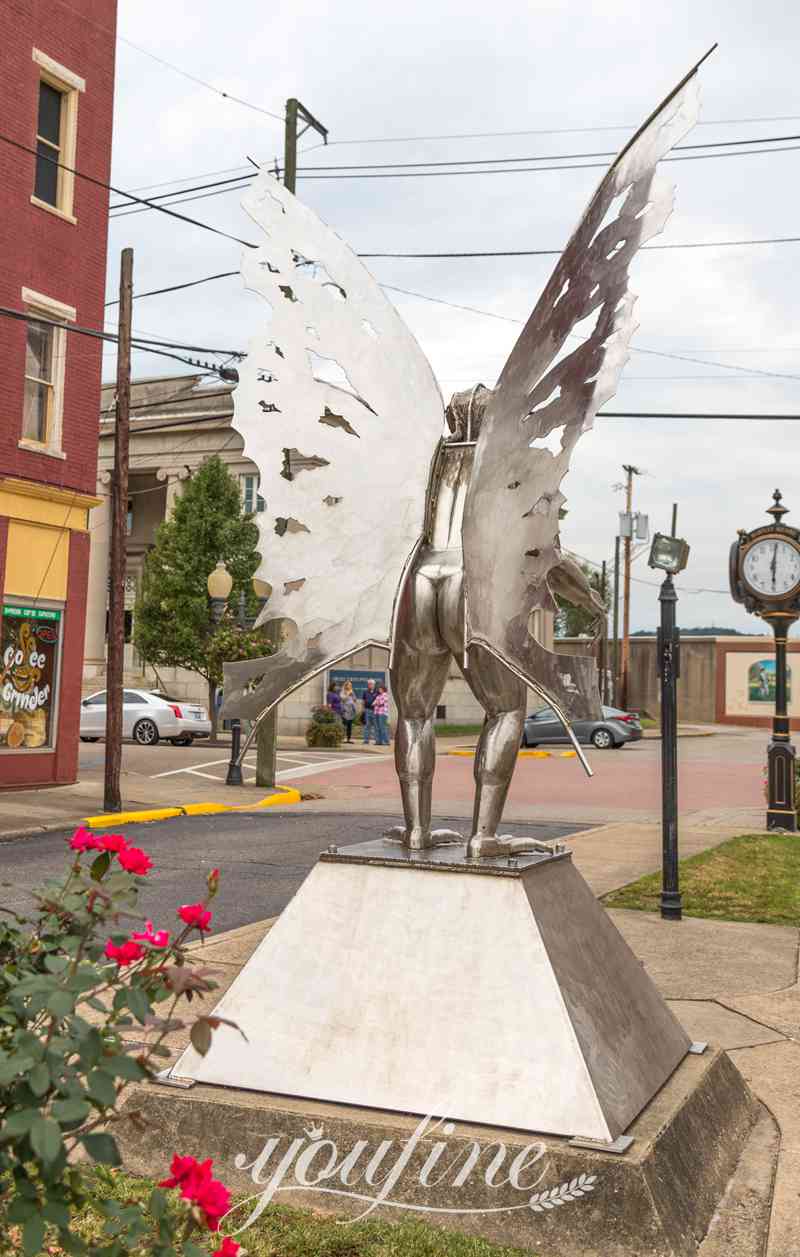 This Mothman sculpture was created by artist and sculptor Bob Roach. The 12-foot-tall stainless steel sculpture was unveiled in 2003. Additionally, the Mothman Museum and Research Center opened in 2005. The Mothman legend of West Virginia is made famous by The Mothman Prophecy and the movie of the same name. And, in this city, there is even a giant statue of Mothman. 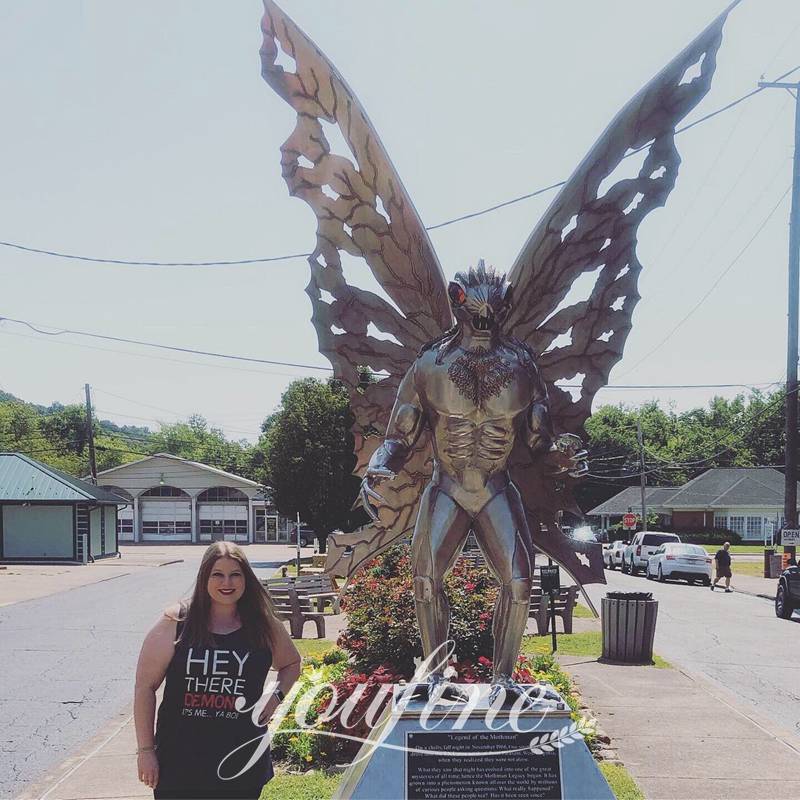 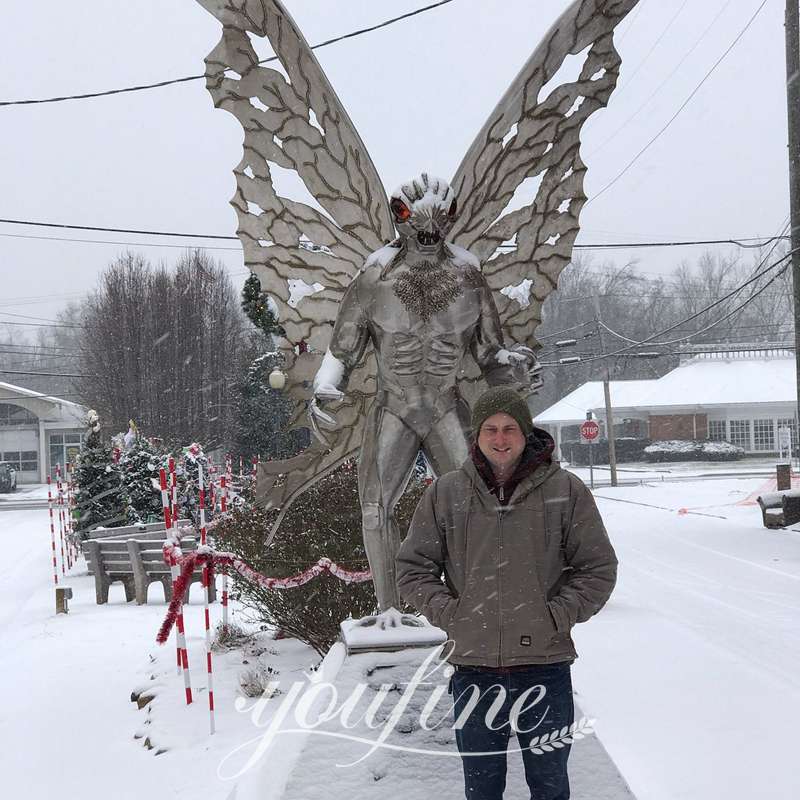 Whatever the true nature of the mythical creature, the 12-foot-tall polished steel statue in downtown Point Pleasant all but guarantees that the legend of the Mothman would live on in the culture. Mothman sculptures, in turn, all but guarantee the sighting of the creature would be passed down from generation to generation. 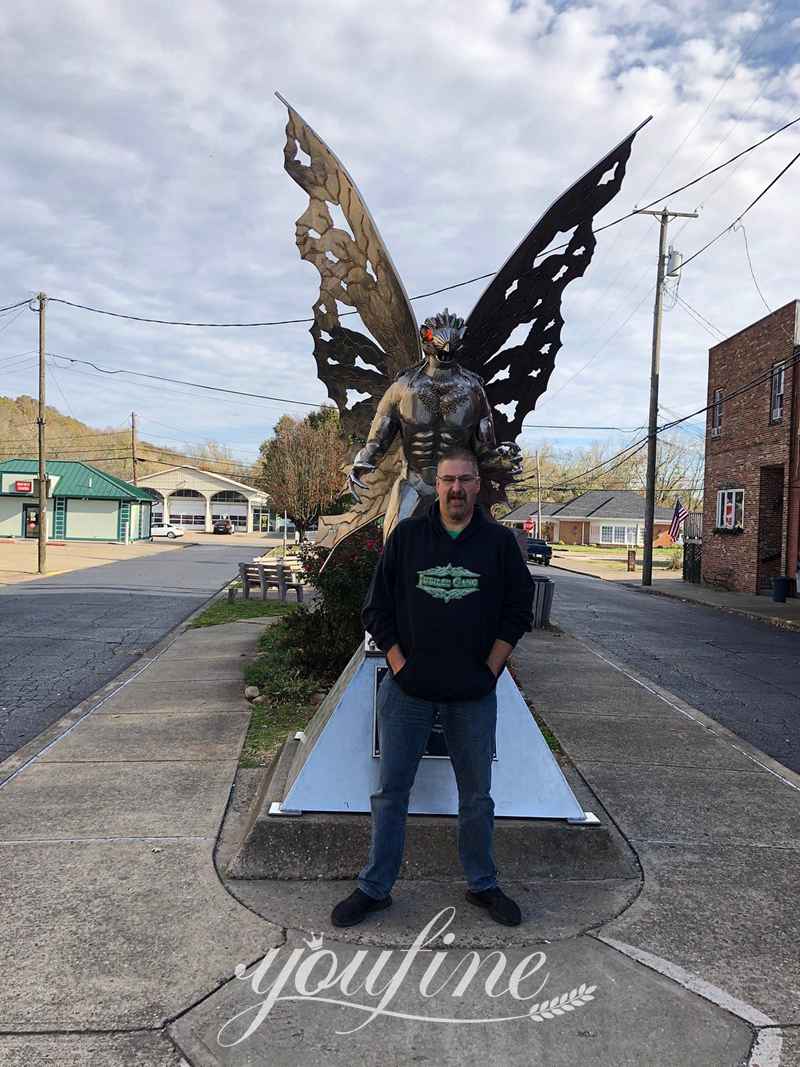 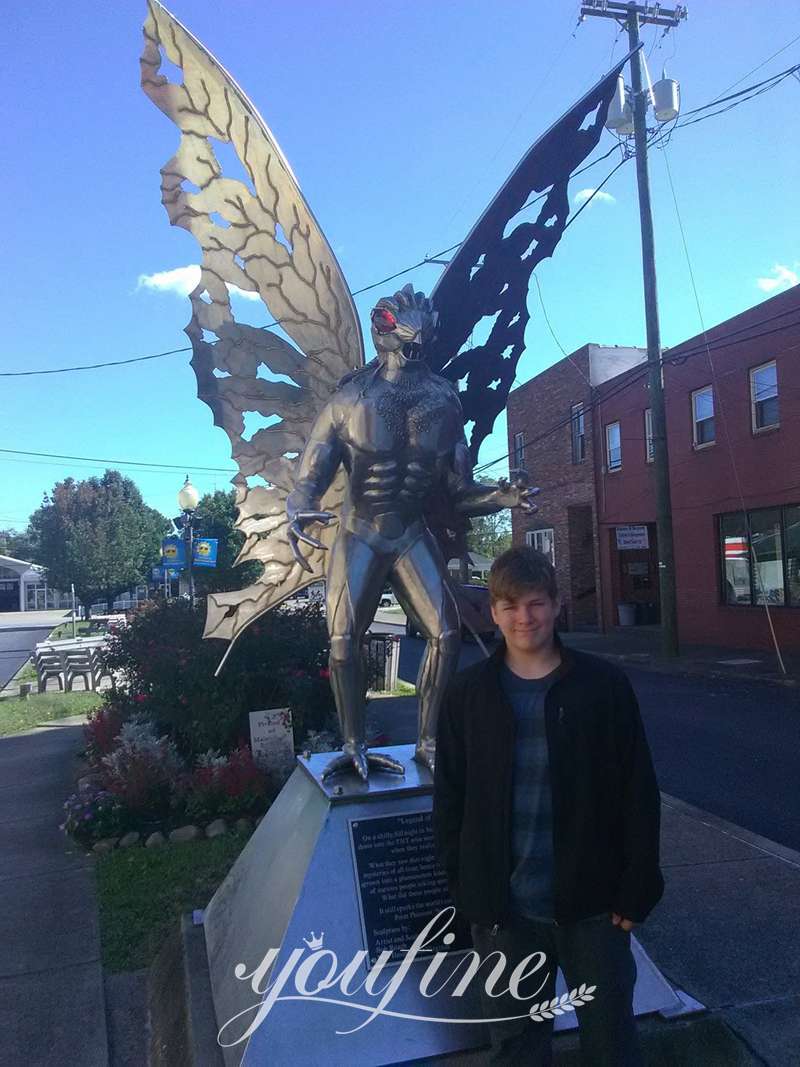 Our artists have been in the metal sculpture industry for over 40 years. Through their continuous practice and learning, they could make all famous stainless steel sculptures very similar. And our sculptures are as good as the original. First of all, we would use high-quality stainless steel raw materials. This material could ensure that the Mothman sculpture could be used for a longer time outdoors. 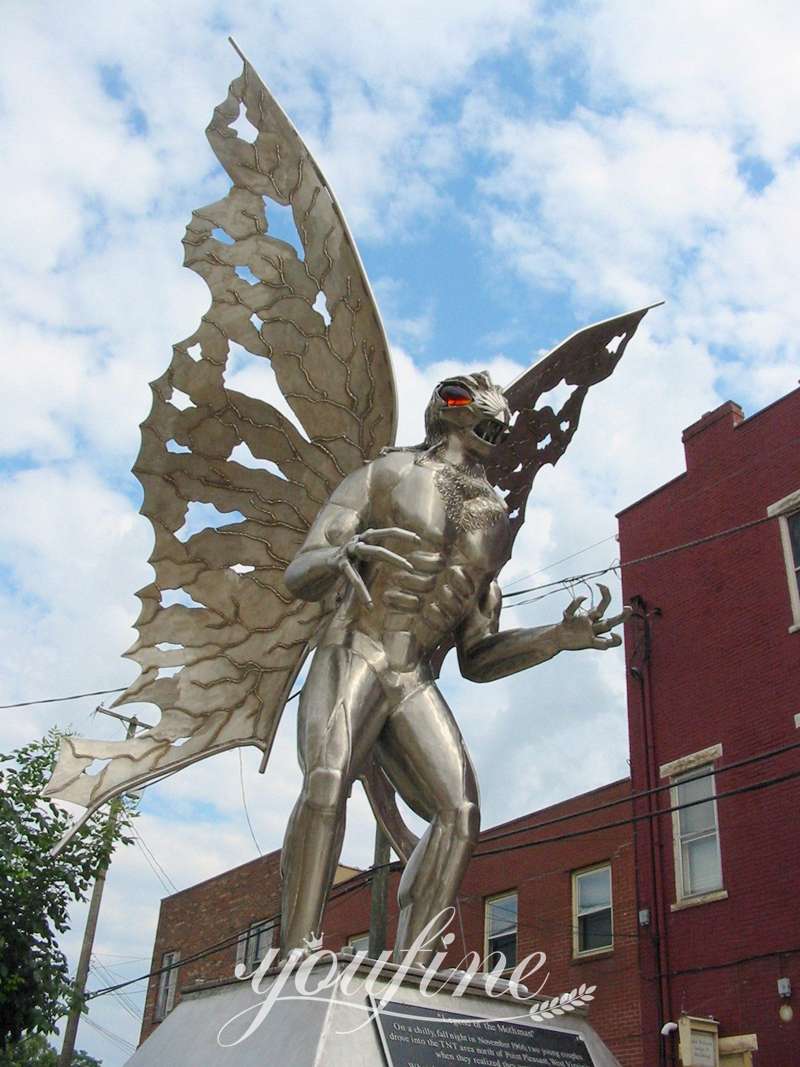 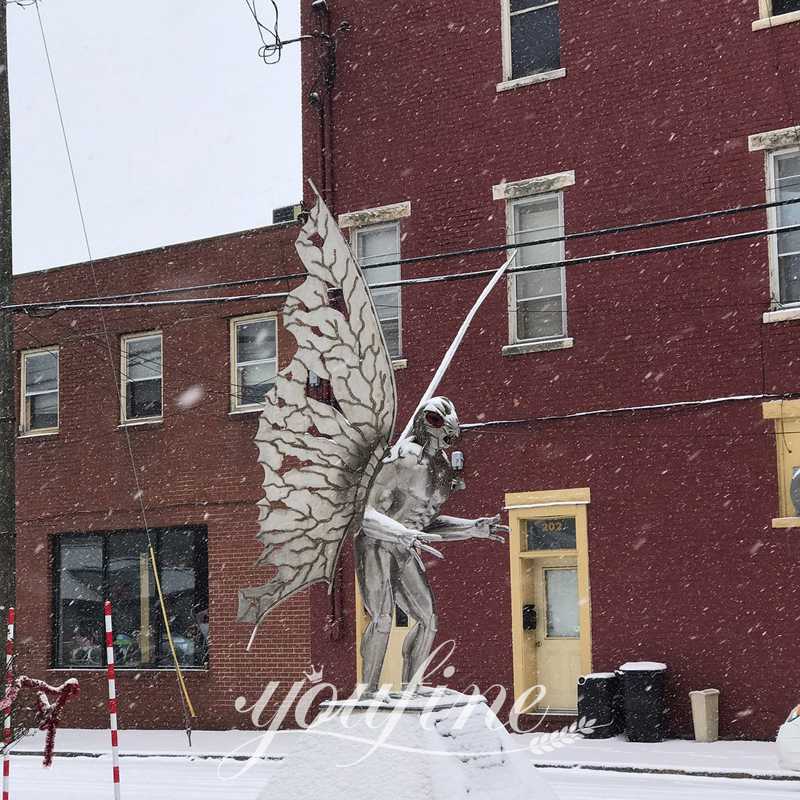 Then if you are also very fascinated by the Mothman legend and want to have a Mothman sculpture please feel free to contact us. If you are an employee and don’t have a business you could certainly buy sculptures from us. And you don’t need a business license to buy your favorite Mothman statues. YouFine’s sales would provide you with the most professional sculpture purchase plan and the most satisfactory full-course patient service.