The main group is 3.75 metres (12.3 ft) tall,and stands on a wooden plinth that makes the total height c. 6 metres (20 ft).The scale of the sculpture is larger-than-life. It depicts St. George on horseback, fighting with the dragon. The saint has pierced the dragon with his lance, which is broken, and has drawn his sword and holds it aloft to strike the dragon.
Item No: BOKK-556
Material: Antique Bronze
Keyword: Saint George and the Dragon Statue
Keyword: Saint George for Sale
Leading Time:30 days for carving+30 days for transportation
Payment: T/T

St. George and Dragon Statue is a late-medieval wooden sculpture depicting the legend of St. George and the Dragon in the Storkyrkan in Sweden Stockholm. It was ascribed to Bernt Notke and was asked by the Regent Sten Sture Elder in Sweden. It was inaugurated in 1489. It is said to be an artistic high point in the artistic production of Bernt Notke. 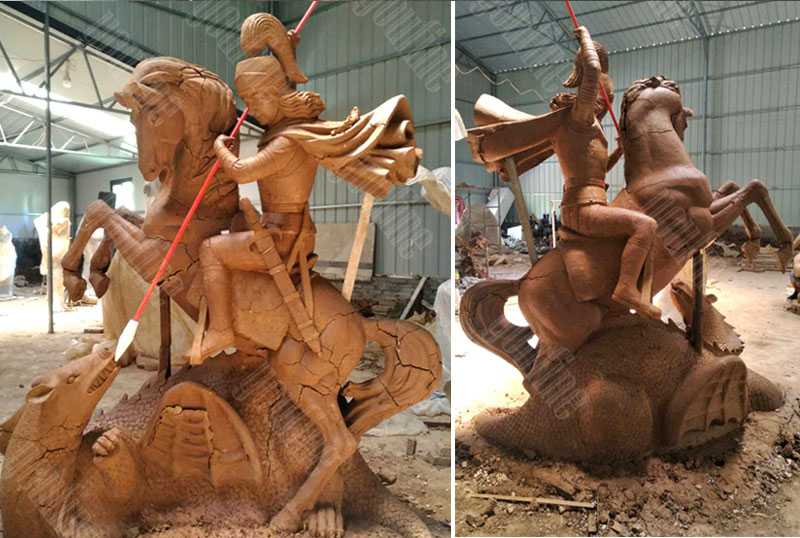 This incredibly detailed sculpture depicts St. George and his horse in full armor. St. George is wearing a helmet and is putting a sword in his right hand as if he were ready to strike. The Dragon is lying on the back under the paws of the horse.

The head of the dragon is close to the horse’s head. The pedestal includes various relief sculptures on the martyrdom of St. George, including the skull. The sculptures are placed on the pedestal of the eight courses of marble blocks. 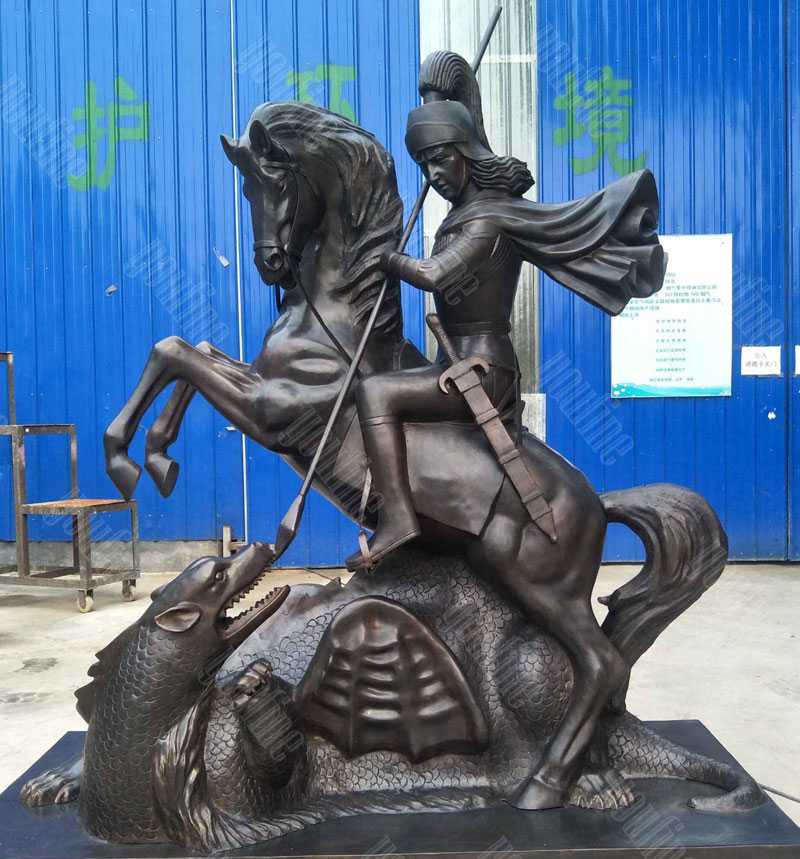 The symbolism of the St. George and Dragon Statue can be interpreted in a religious and political sense and also as a funeral monument to the person Sten Sture. On the other hand, it resonates with the cult of St. George, which gained widespread popularity in Scandinavia at this time of year.This popularity stems from the ideals of chivalry that it represented 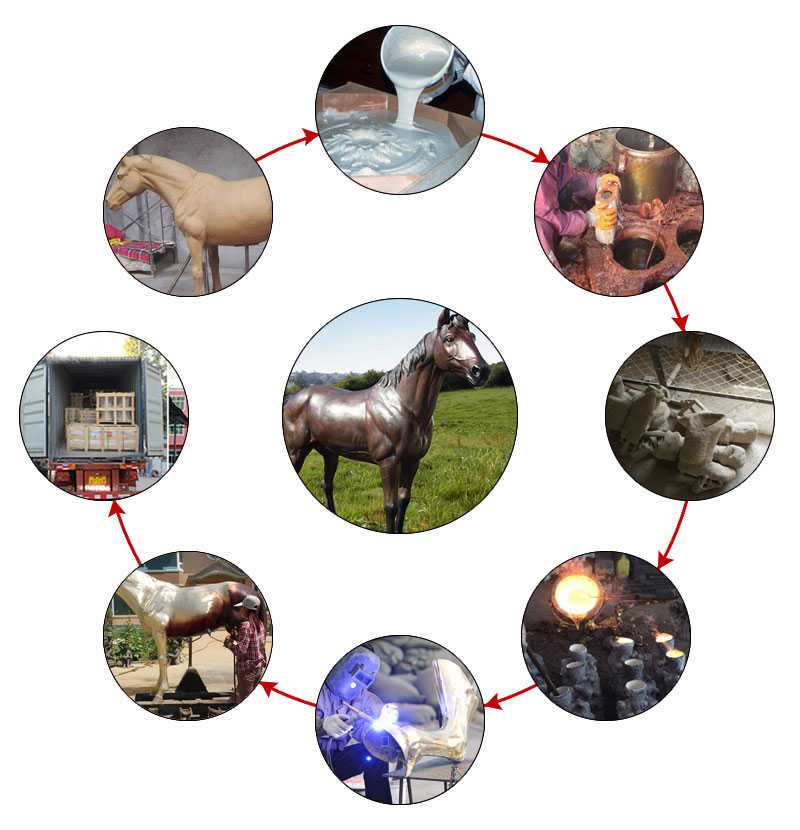 When visiting Nicholas Quarter, there is no way to miss the impressive 19th century and 6m high “Statue of St. George and the Dragon”, by German sculptor August Kiss. Located at a small square, right at the banks of Spree River and facing St. Nicholas Church Museum, this famous statue was completely restored in 2011, having its detailed design even more enhanced. Don’t miss it – it is one of the most photographed monuments in beautiful Berlin. Enjoy! 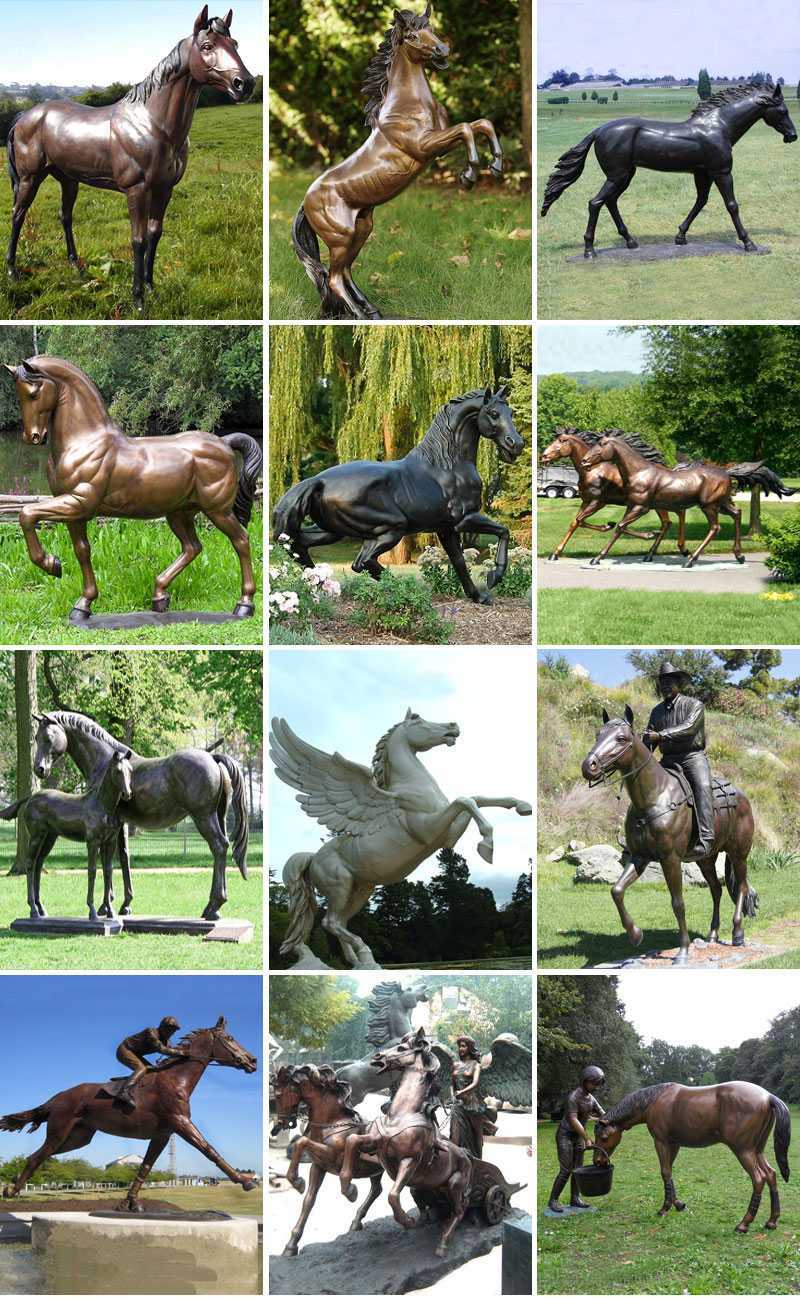 If you have some requirement or inquiry about St. George and Dragon Statue,or other custom made statue,please contact with us right now !