Our Lady of Fátima formally known as Our Lady of the Holy Rosary of Fátima,We have done many sets of this catholic bronze statue for our friends around the world.If you are interested in bronze statue of our lady of fatima and three shepherd children,or having interesting in other catholic statue in bronze,this is the right place to choose from !
Item No: BOKK-606
Material: Antique Bronze
Place of Origin: Hebei,China
Keyword 1: Our Lady Of Fatima Statue
Keyword 2: Catholic Statue of Fatima
Keyword 3: Bronze Statue Fatima and Three Shepherd Children
Payment: By T/T,30% Deposit, and 70% Balance before Shipping 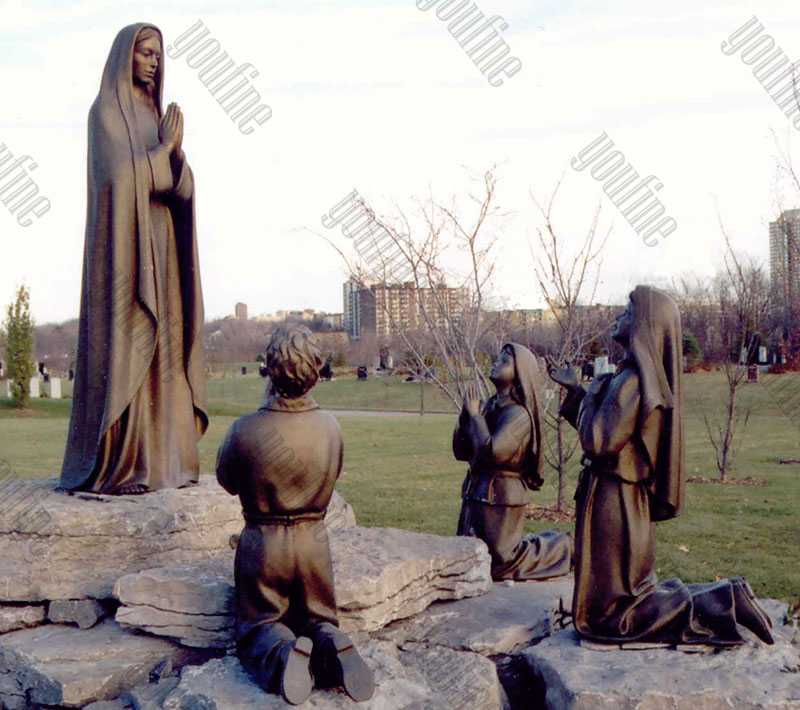 From May to October 1917, these Three Shepherd Children Lucia Santos and her cousins Jacinta and Francisco Marto reported the vision of a glowing lady named Virgin Mary. She appeared in front of the children in the Cova da Iria area outside the small village of Aljustrel near Fatima, Portugal. She appeared in front of them at about noon on the 13th day of each month for six consecutive months. The only exception was August, when the children were arrested by local administrators. 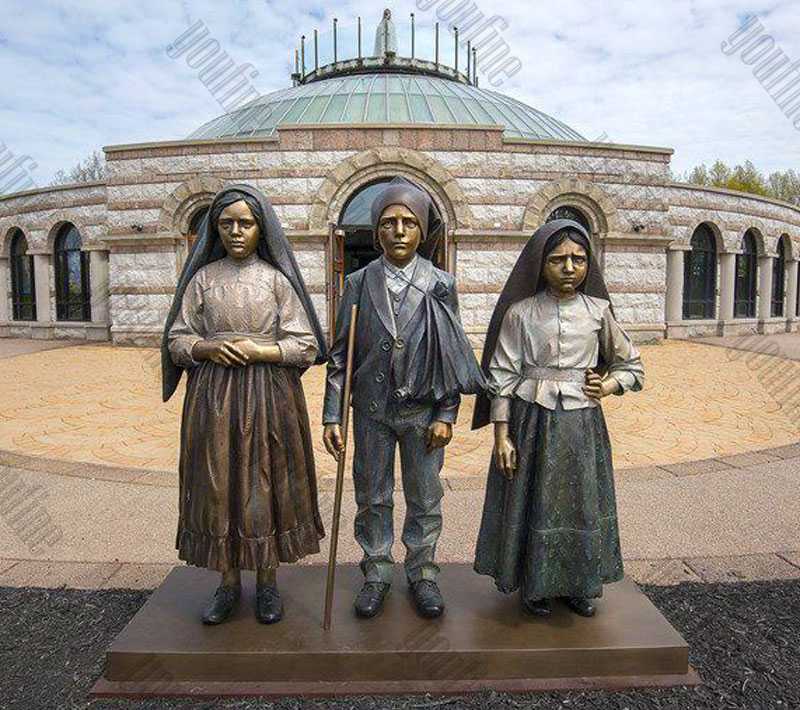 Our Lady of Fatima formally known as Our Lady of the Holy Rosary of Fátima, European Portuguese is a Catholic title of the Blessed Virgin Mary based on the famed Marian apparitions reported in 1917 by three shepherd children at the Cova da Iria, in Fátima, Portugal. The three children were Lúcia Santos and her cousins Francisco and Jacinta Marto. 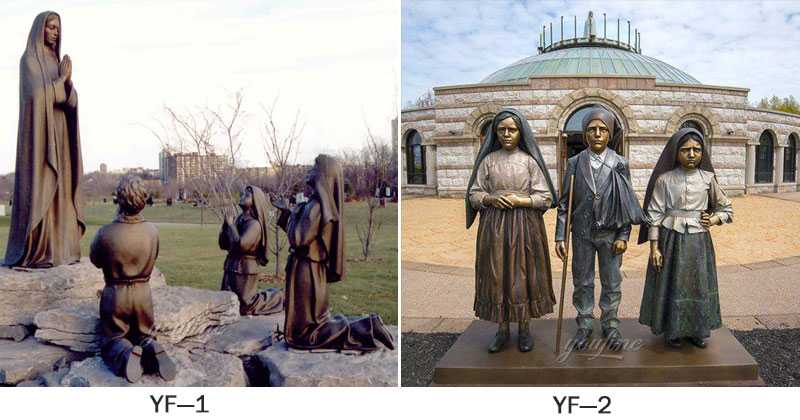 The Devil was allowed to have control over a great part of humanity for 100 years. That time began around the time of the last Fatima apparition. The Pope will go to Moscow. When he is there he will see the Garabandal ‘miracle’. He will return to Rome but there will be a communist revolution in Italy and there will be wars and revolutions in Europe. 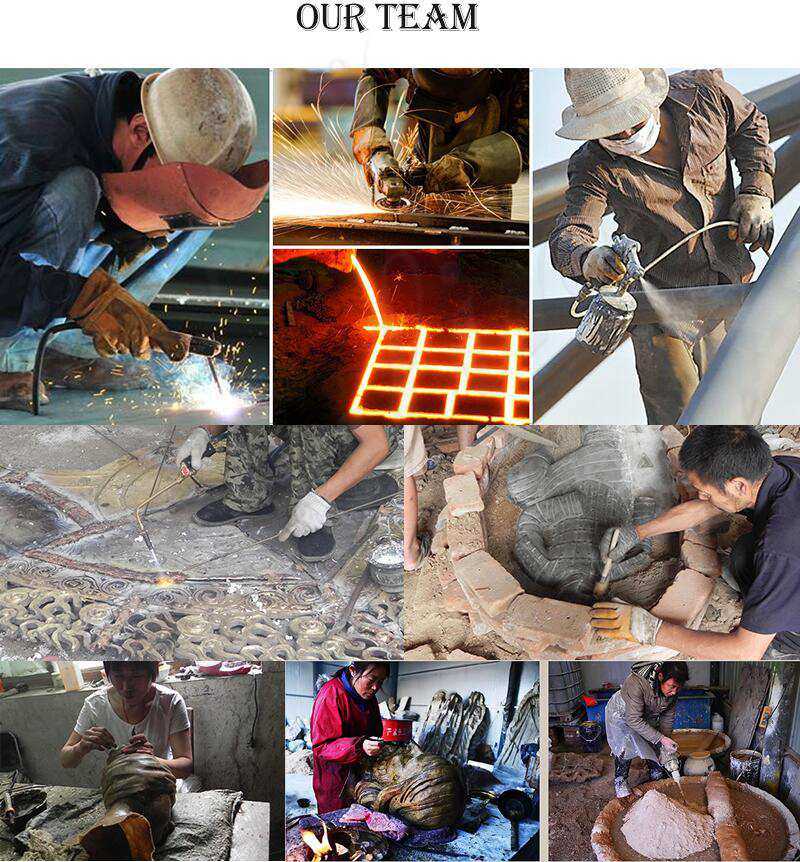 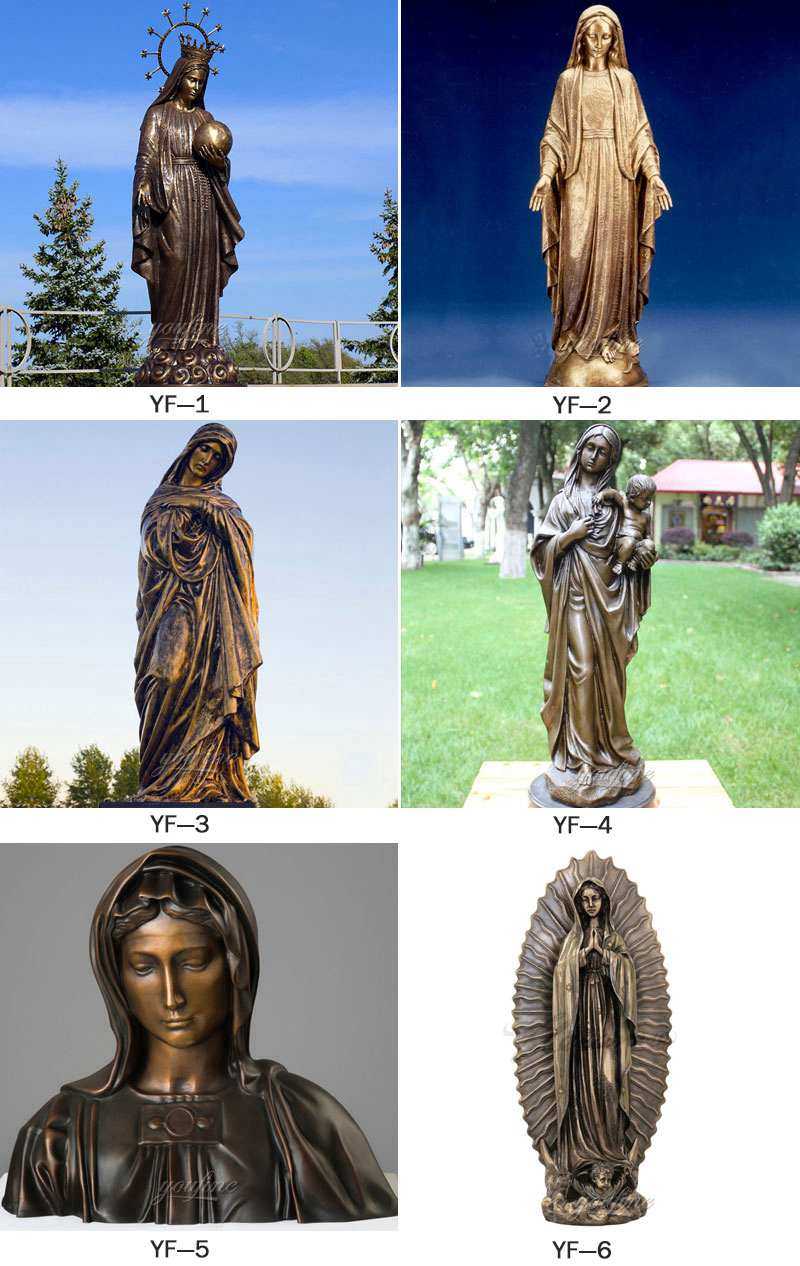 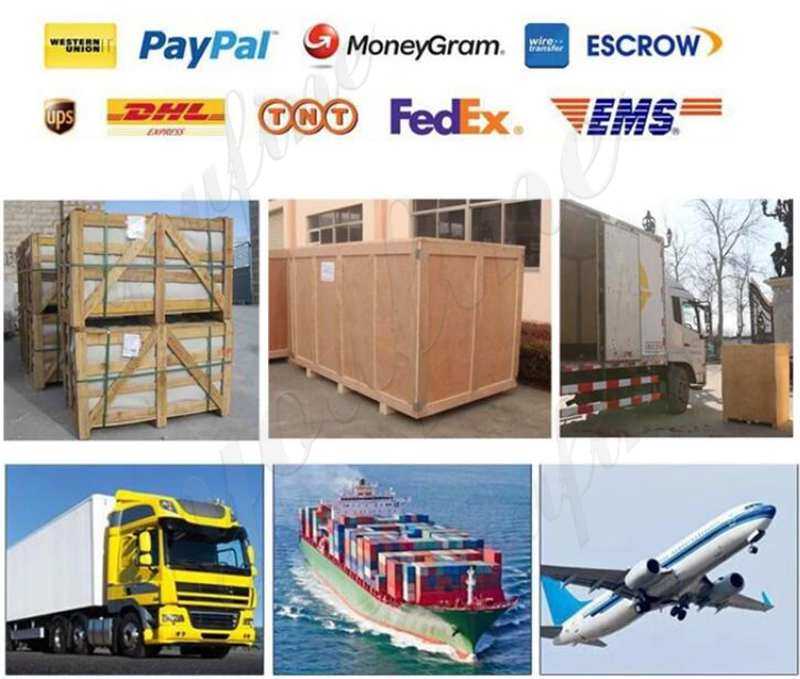 If you are interested in Our Lady of Fatima and Three Shepherd Children bronze religious statue,or having interesting in other catholic statue in bronze,this is the right place to choose from!