This original huge Hercules is one of the most famous sculptures in ancient times. Our replica of the Hercules statue would be hand carved with high-quality white natural marble materials. Ensure that all the details could highly restore the classic original works.
Item No: MOKK-863
Material: Natural White Marble
Insurance: Cover All the Risk
Package: Strong Wooden Case
Superiority 1: Free Custom Made
Superiority 2: Foundry Supplying Directly
Technique: Art-quality Hand Carved, Polished

The Farnese Hercules statue is a Roman marble sculpture dating from 216 AD, signed on the base by the sculptor Glykon. This original huge Hercules is one of the most famous sculptures in ancient times. And it has fixed the image of a mythical hero in the European imagination. Our replica of the Hercules statue would be hand-carved with high-quality white natural marble materials. Ensure that all the details could highly restore the classic original works. 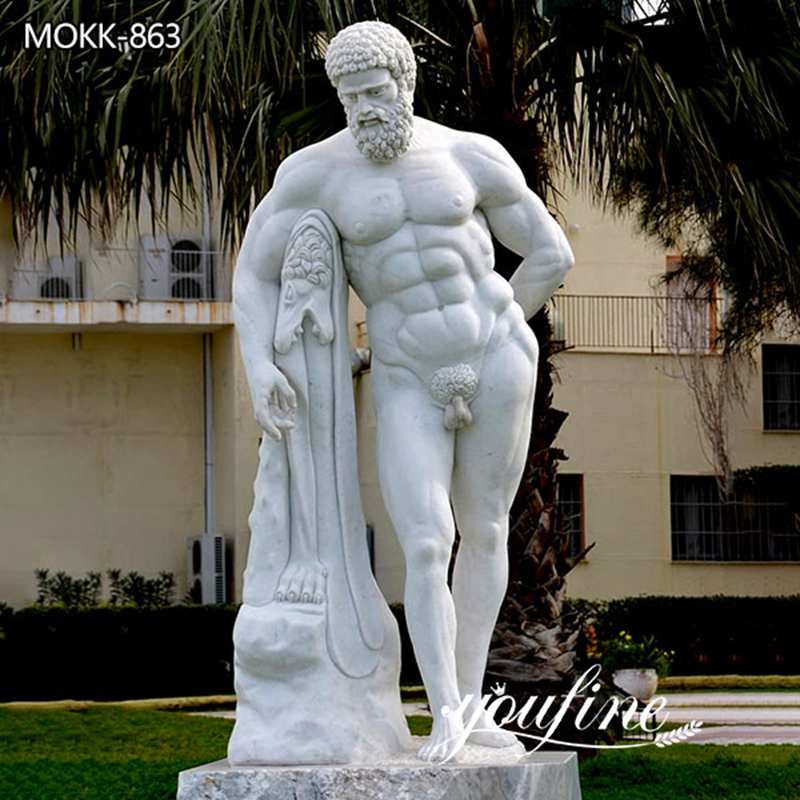 As a professional marble carving factory, marble figure statues is YouFine’s strength. YouFine factory has top carving masters who specialize in making classic marble statues. He has decades of experience in carving. And he always uses his hands and tools to carve every detail by hand all year round. So, the marble Farnese Hercules statue carved by our master must be able to show all the details of Hercules. 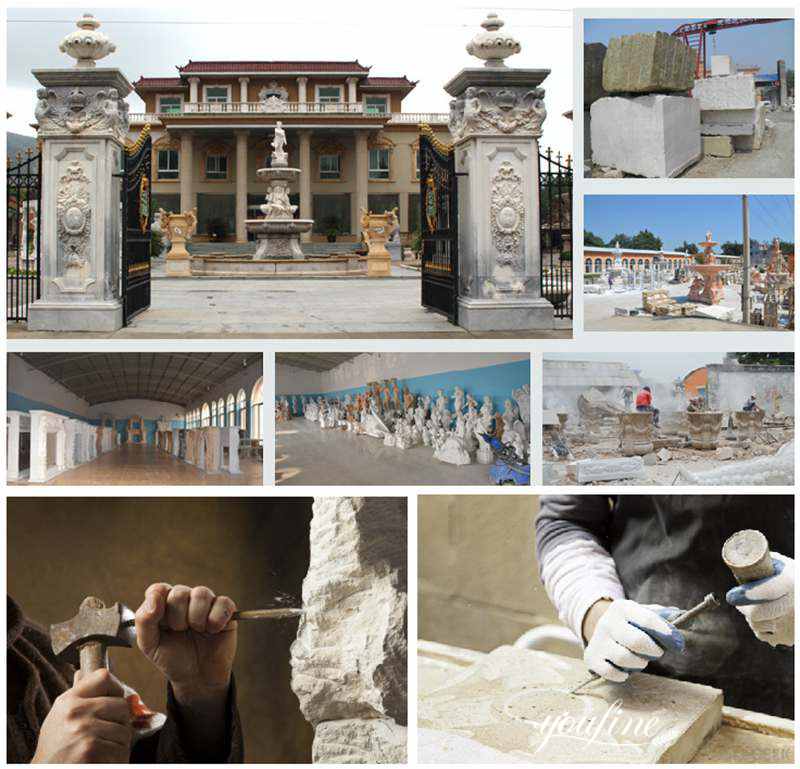 This Farnese Hercules statue depicts Hercules leaning on his club. The club is covered with the indestructible skin of the Nemean lion he killed during the first childbirth. And behind him showed another trophy, the legendary golden apple he stole from Hesperides Garden. His soft figure and low-down eyes show us that despite his heroic achievements, he is still a very human hero. The viewer is attracted by his fit physique, which is a visual feast and emphasizes the absolute strength and courage necessary to overcome his labor. 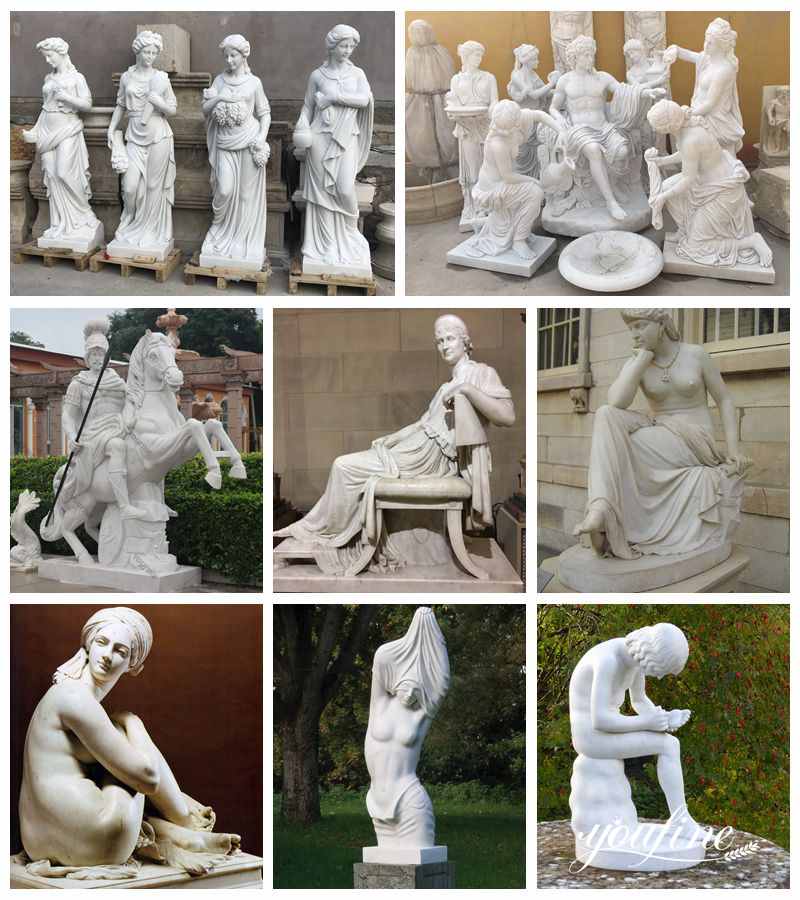 In Greek mythology, Hercules is a demigod, a highly regarded hero. The Romans called him Hercules, and he was introduced into the myths established by Rome. In mythology, Hercules completed twelve labors, which is a series of arduous challenges, accompanied by pain and struggle. While accomplishing these terrible feats, he encountered many Greek cities and landscapes. Although he is not the founder of any city, his presence in art, especially sculpture, connects him with these places. 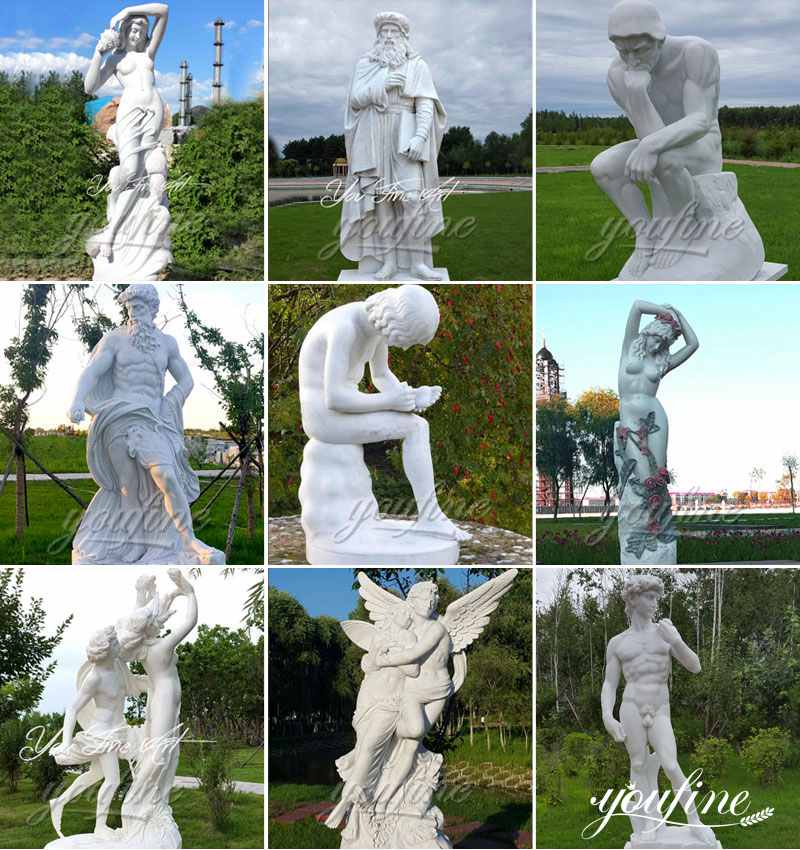 This classic marble Farnese Hercules statue would bring an eye-catching view to your garden, pond, and manor. If you like this classic statue, please feel free to contact YouFine.