A battlefield cross in Normandy, France, during World War II. Use of the battlefield cross dates back to the Civil War. (National Archives photo).The battlefield cross appeared in subsequent wars, including the recent conflicts in Iraq and Afghanistan where it became part of memorial ceremonies.
Item No: BOKK-524
Material: Antique Bronze
Size: As Your Requirement
Place Of Origin: Hebei,China
Keyword: Fallen Soldier Garden Statue
Keyword: The Battlefield Cross Memorial
Delivery Time: Shipped In 25 Days After Payment

The Fallen Soldier Garden Statue consists of an inverted rifle, topped by a helmet and identification tag, and a pair of boots.The origin of the cross may have started during the Civil War, when it was used to  identify the location of a fallen soldier for burial, according to the Smithsonian’s National Museum of American History. 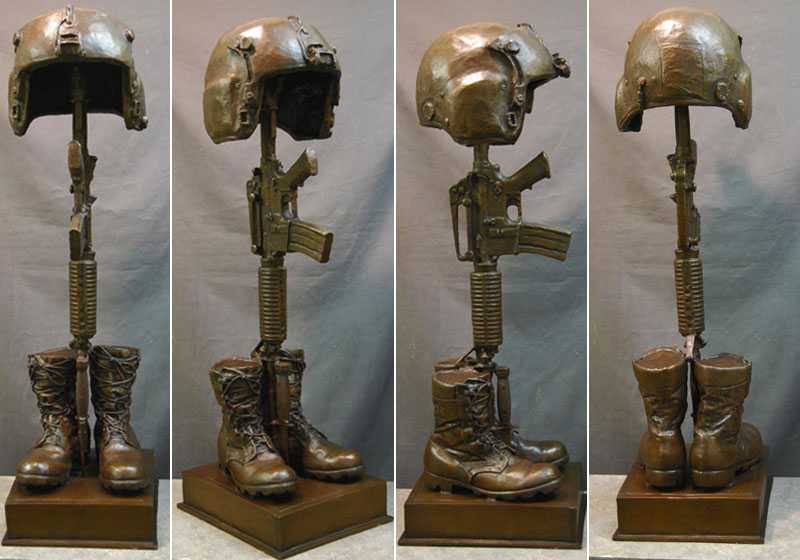 The bronze army soldier garden statue emerged in the subsequent war, including recent Iraq and Afghanistan disputes, and became part of the commemorative ceremony. “Helmets and identification cards mean the soldiers who died. An upside-down rifle with a plug-in gun shows a prayer time and respects the fellow. 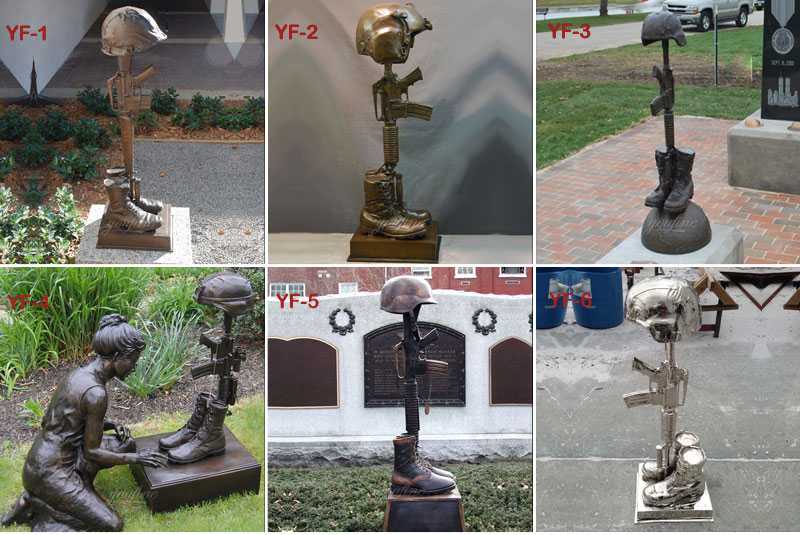 The last battle. Today, the battlefield cross is a means of showing the respect of the dead among the members of the army who still live. It not only serves as a means of identification, it also serves as a way of honoring people who gave the last complete measure of dedication on the Fallen Soldier Garden Statue. 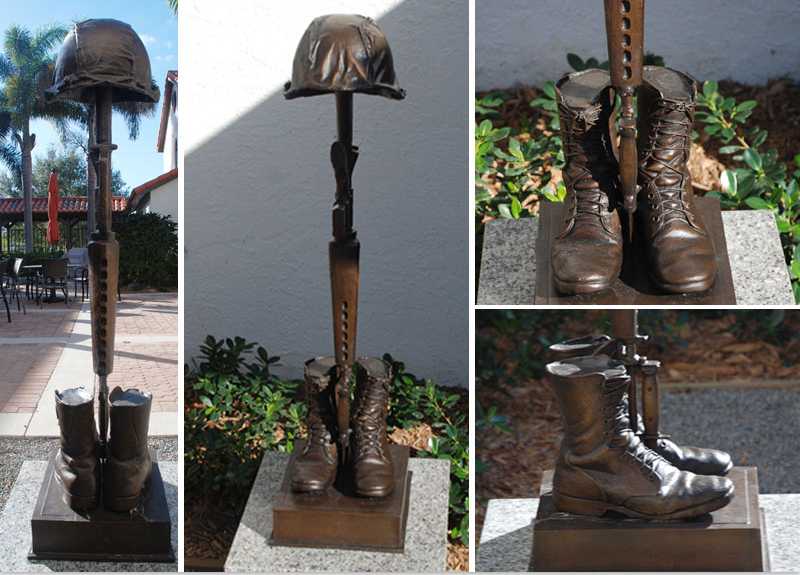 The Fallen Soldier Garden Statue made by our bronze master is a touching and powerful way to honor the sacrifice of our American soldiers. Its size, quality, detail and price make it an affordable way for every community to teach the importance of patriotism, respect for our US military and value of freedom. 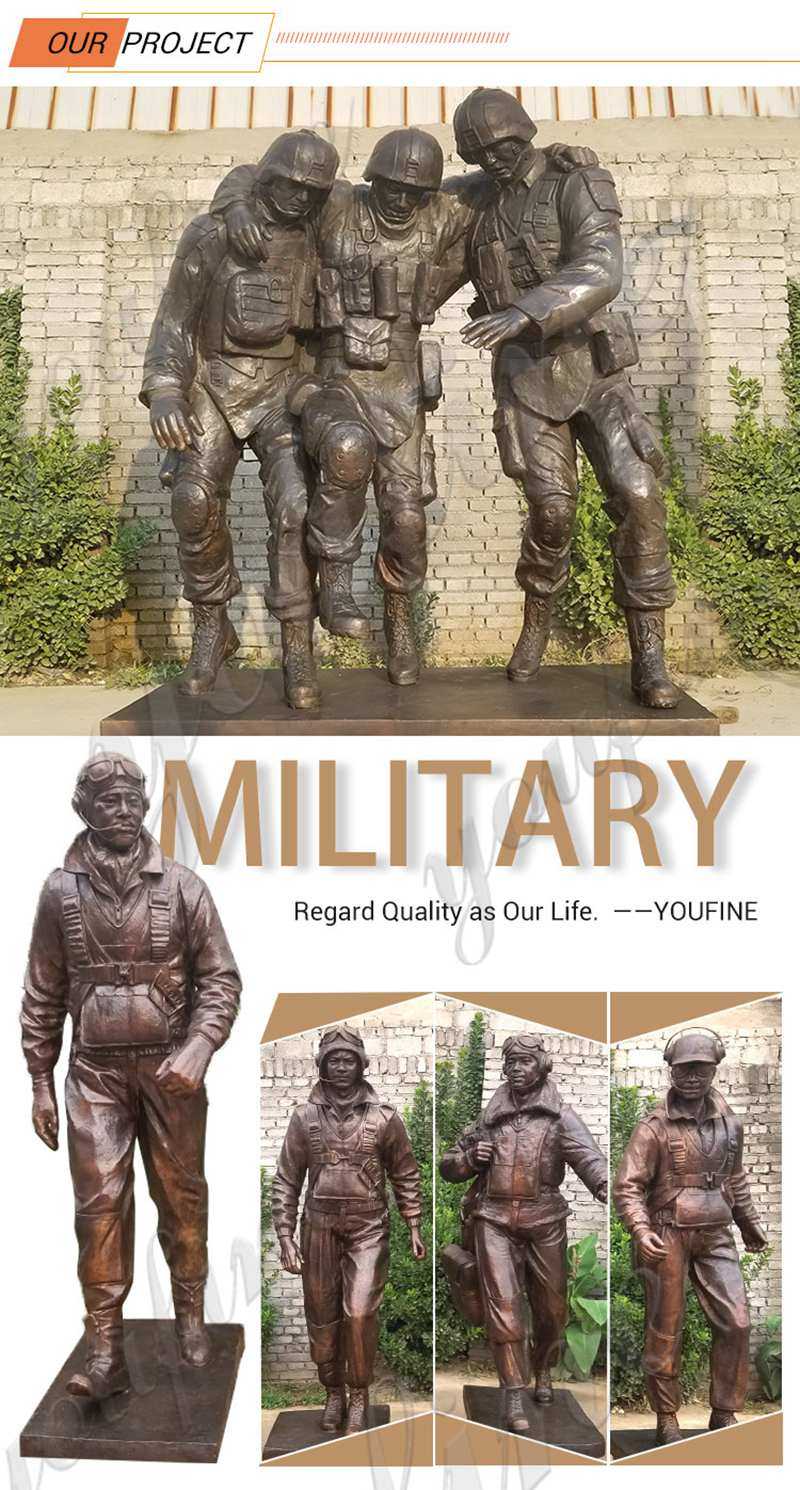 Our company specializes in making bronze sculptures of various military subjects for more than 30 years. Our bronze sculptors have extensive sculpting experience to ensure the quality and detail of the products. So if you have inquiry or requirement about Fallen Soldier Garden Statue,please fell free to contact with us,specialized at bronze casting about 30 years,is your reliable supplier!