As you can see in the images, the costliest Popeye statue portrays the sailor man, holding his can of spinach.So want to know more or have some requirement about Popeye statue to decor your garden or home,please contact with us right NOW !
Item No: CSS-87
Material: Stainless Steel
Process: Mirror Polished
Keyword: Popeye Statue
Keyword: Stainless Steel Popeye Statue
Keyword: Popeye statue Replica for Sale
Payment Term: By T/T,30% Deposit,And 70% Balance Before Shipping
Design:By Our Team(Customer Design Is Acceptable)

The world’s most expensive Popeye statue was made by the same person who created the “balloon dog“, a $58.4 million-valued work of art that broke the world’s record for the highest prices paid by living artists. 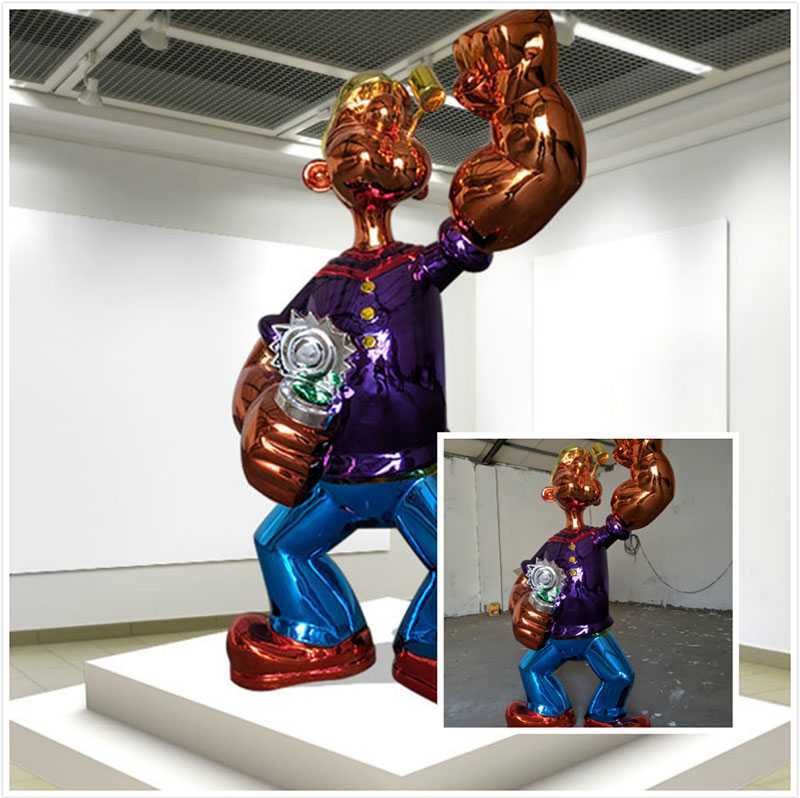 It must be nice to have the sort of money to buy a statue of Popeye for $28 million, though in fairness it was a 2,000 pound statue that was created by none other than Jeff Koons. He won the bidding for the piece, which is just one of three made by Koons at a recent auction.

Koons and Wynn are both fairly similar in one respect and that is that they are very large in life, especially in each of their respective fields. 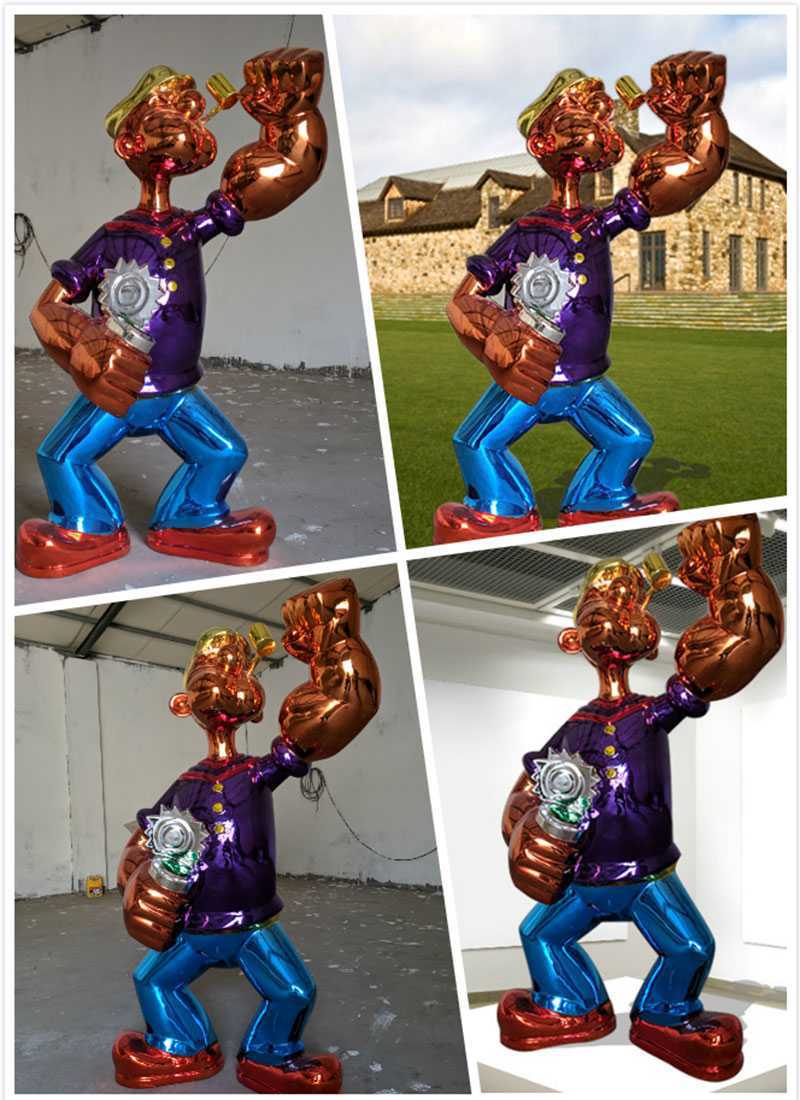 The sculpture, as well as Jeff Koons’s” Popeye “series, which began in 2002, features cartoon images of Popeye and olive oil.One of them is the world’s most valuable statue of Popeye.As you can see in the images, the costliest Popeye statue portrays the sailor man, holding his can of spinach. 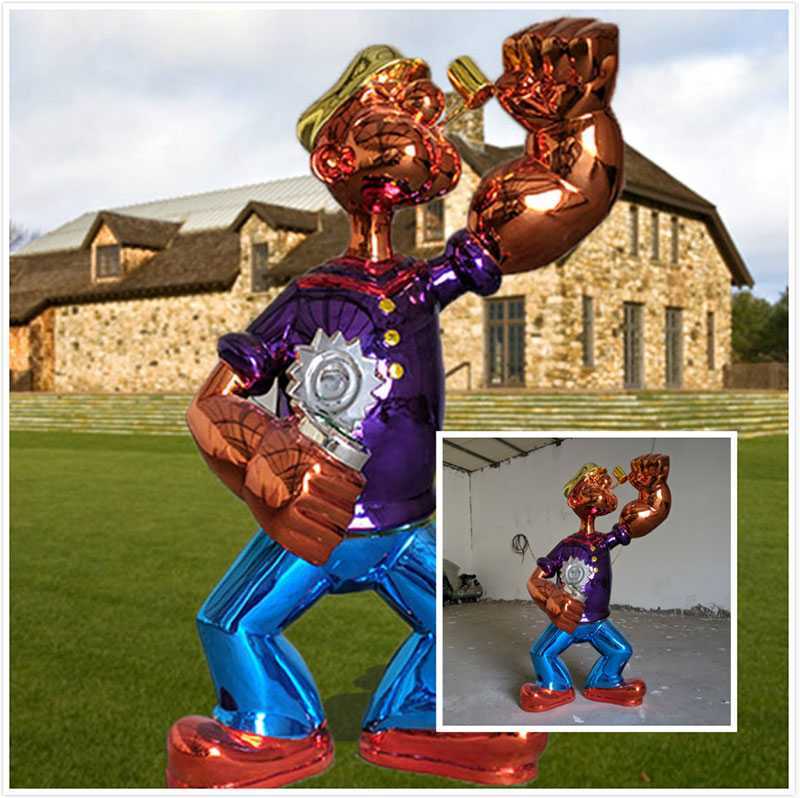 As one of the characters of the American totem nature, the Popeye “Bupa”, born in the Great Depression of 1929, is the prototype of the grassroots spirit of the American suburbs. The Popeye statue promotes optimism and courage to be its own universal cultural spirit. Reiterate its consistent artistic proposition, that is, to do the art that every audience knows. 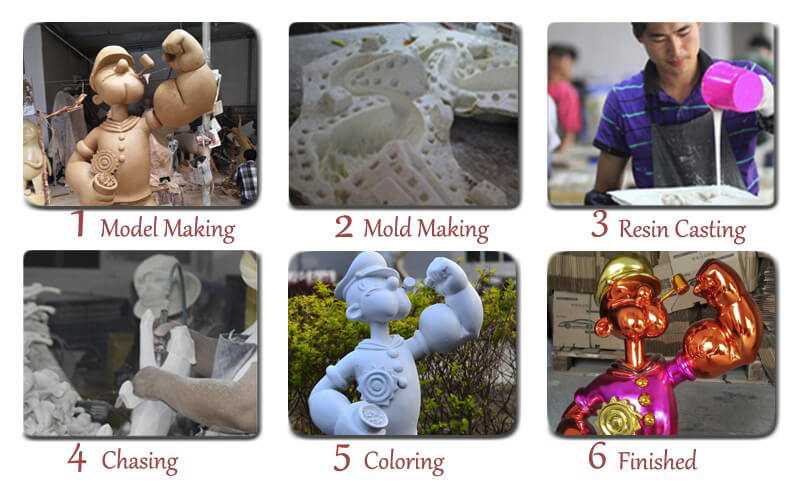 The achievement was replicated a few days ago when a statue of his depiction of the legendary 20th-century cartoon character Popeye was sold at Sotheby’s auction at a high price.Between 2009 and 2011, the Quans worked on the statue, which marked the symbol of the water hand holding an open spinach and bending his muscles.Sotheby’s described it as “. ..the artist’s great interpretation of Popeye.” 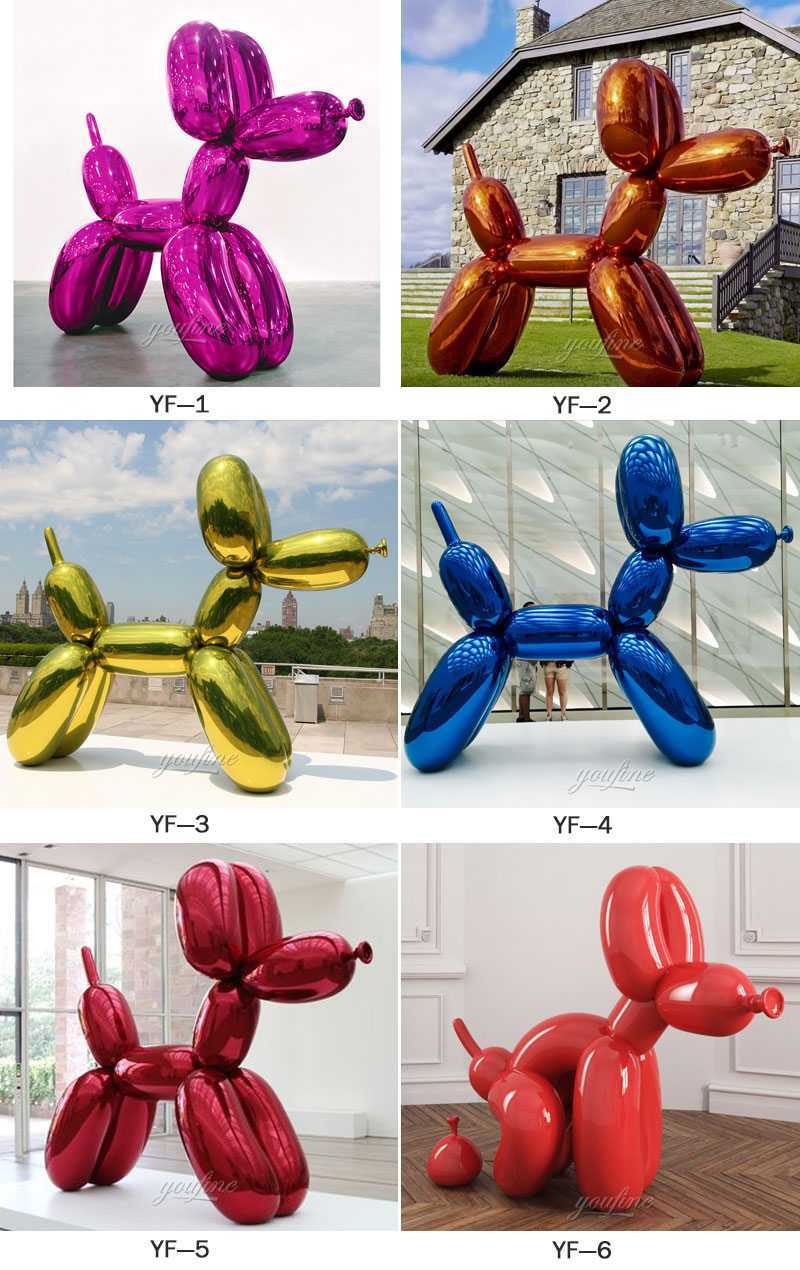 Seven feet high, polished stainless steel with a mirror-polished steel figure that is the perfect embodiment of the artist’s “. ..the iconic brand of pop art.” and captures Popeye’s own human and superhuman nature at the same time.

Jeff Koons is an American artist known for his retro mediocrity, such as a stainless steel balloon animal with a mirror finish.He has been one of America’s best-selling artists for years.Of the 1.378 times his work appeared at auction,29 of them were the top 100 sellers.

So want to know more or have some requirement about Popeye statue to decor your garden or home,please contact with us right NOW !