This is a set of life size four seasons marble statues and is the latest design of our factory. Each statue symbolizes the harvest of the four seasons. These pure white marble materials are made from high quality raw materials. The stunning details of the sculptures are hand-carved by our experienced marble carving craftsmen. They have been carving marble statues for more than 30 years. 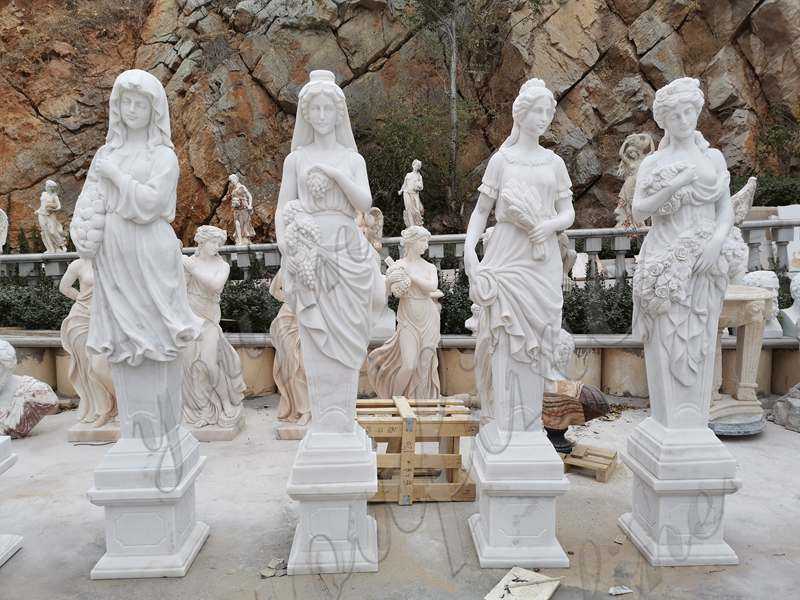 The Story of Four Seasons Goddesses: 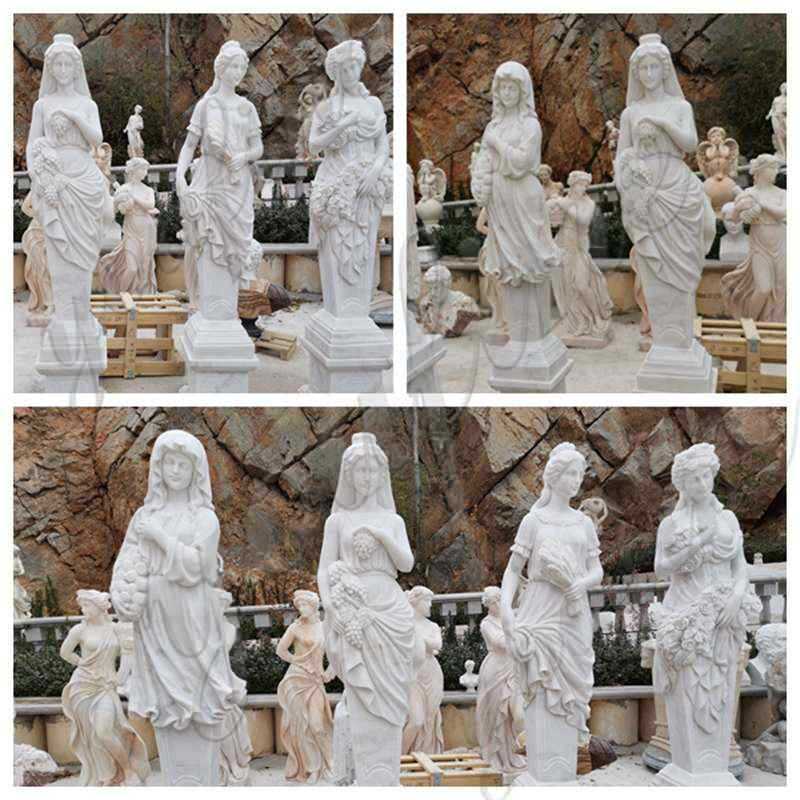 The four season goddesses are rotated in this way, coming to the world once a year and bringing different seasons. This has been going on for many years and everything is well maintained. But one day, when the goddess of ice and snow returned, she became unhappy, and the other three goddesses did not know the reason, only that the goddess of ice began to alienate them. 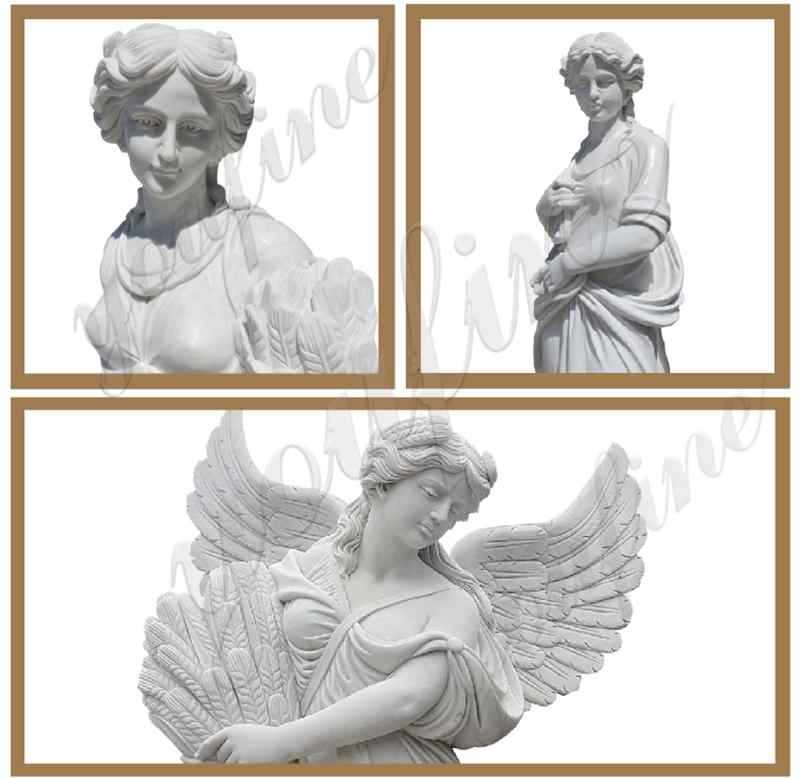 The spring goddess was a little late because she was worried about the goddess of ice and snow. When she came to the world, she found that this winter was particularly cold. The cold has caused many people and creatures to die, everything has lost its vitality, and the whole earth is immersed in the ice. When the goddess of recovery saw it, he immediately began to serve and summoned the arrival of spring.

In an instant, the frozen land began to melt, the vegetation began to sprout, the haze of the sky gradually dispersed, and the sun that had not been seen for a long time finally showed a smile. People on the earth have also become alive, they are grateful for the arrival of spring, and the winter of cheering cold is finally over. 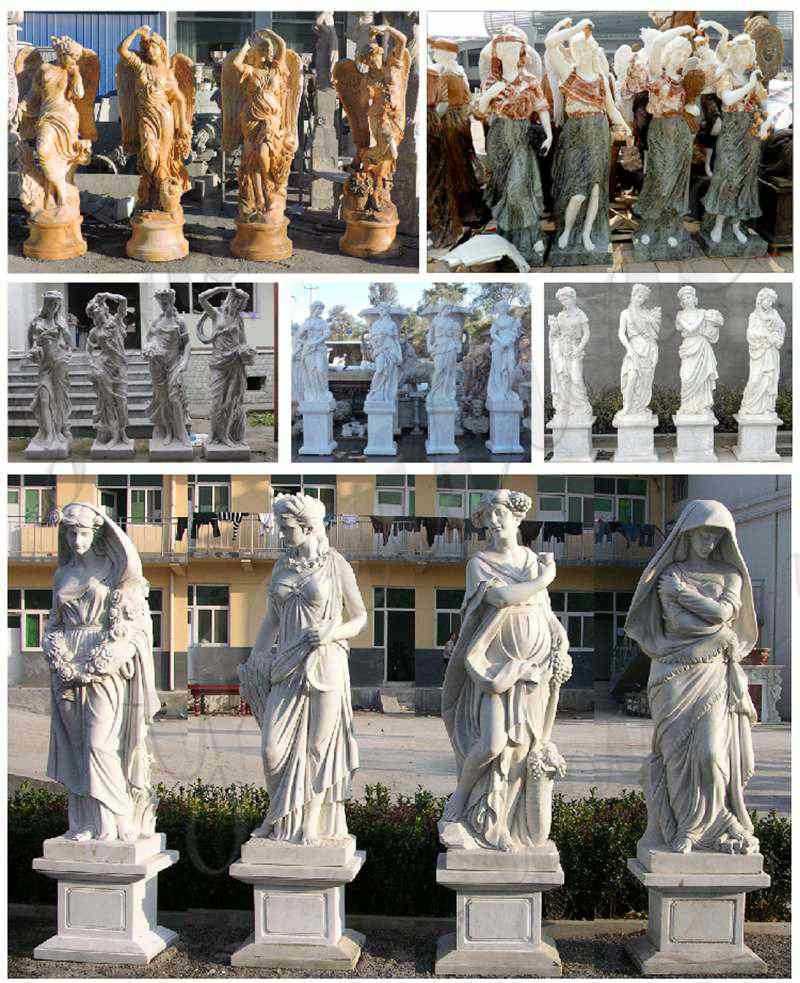 There are many goddesses in ancient Greek mythology, and the Four Seasons God is one of the mythical characters. This group of life size four seasons marble statues is also one of the most popular sculptures.