This large Shiva Shakti statue is very sacred. First, the hair of the sculpture has typical Shiva characteristics. In addition, there is a crescent moon above his forehead. According to legend, he has a third eye on his forehead, which could spray divine fire to burn everything to ashes. And wrapped a long snake around his neck. The most distinctive feature is that there is tiger skin around Shiva’s waist. He holds a trident in his hand. Of course, all the details of this Shiva sculpture, our artists could show you one by one. 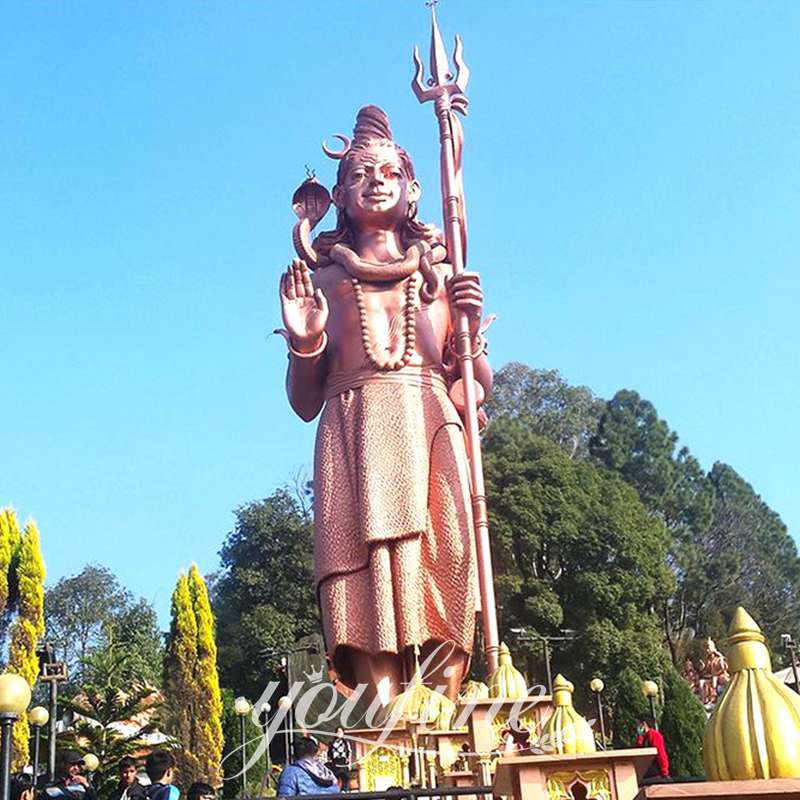 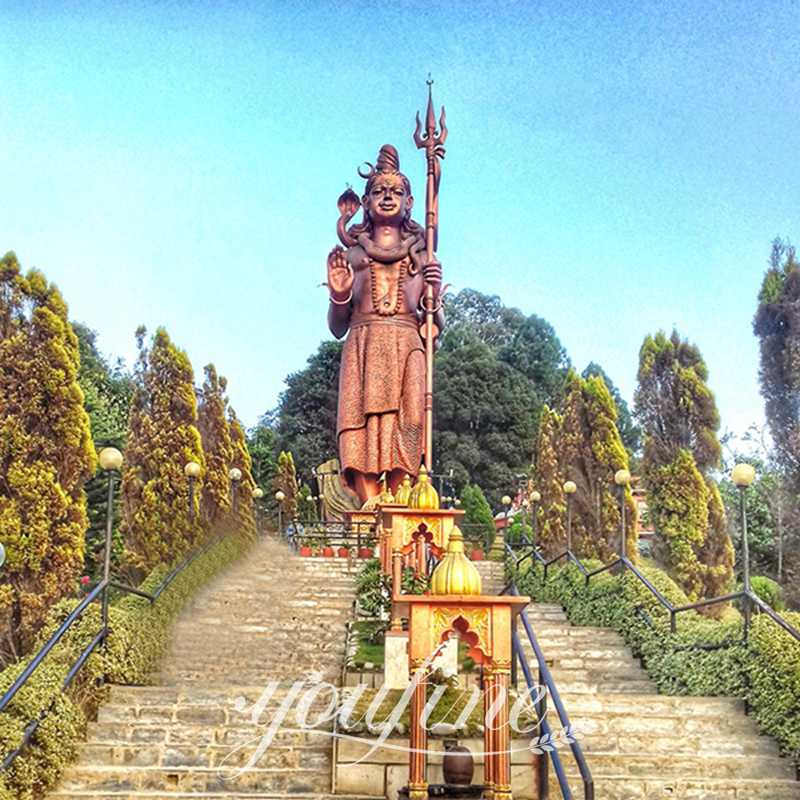 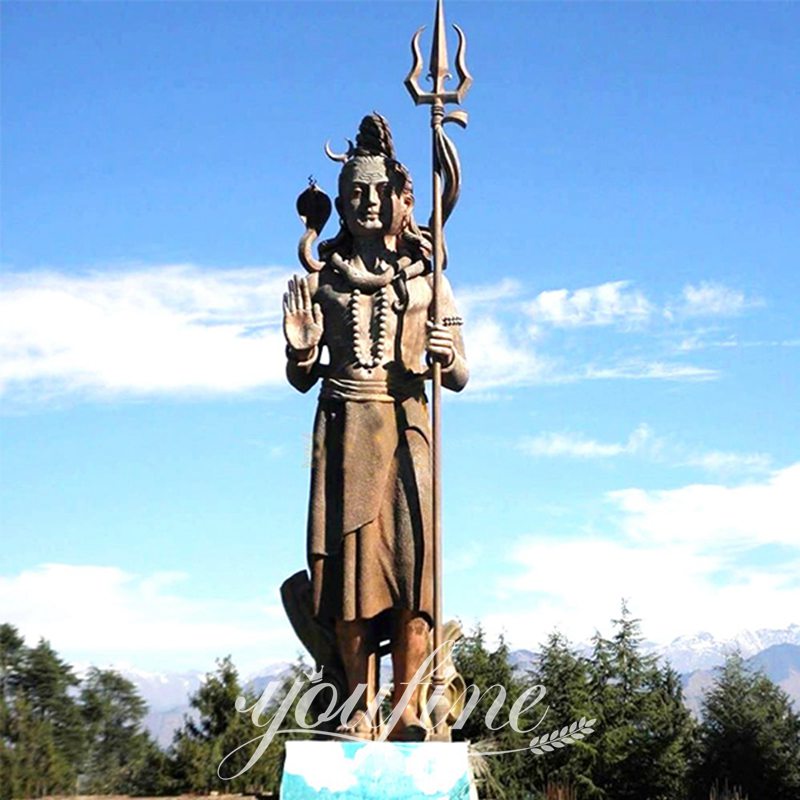 Shiva is the Hindu god of destruction, and Shiva, Brahma, and Vishnu are the three Hindu gods. Shiva’s predecessor was the god of fertility in the Indus civilization era. Of course, Shiva’s status is that of the destroyer, both reproduction, and destruction. And according to legend, Shiva has the dual character of creation and destruction. Therefore, he always presents various strange and grotesque different looks. In Hinduism, Shiva has a very high-status symbol. And he is deeply admired and trusted by people. 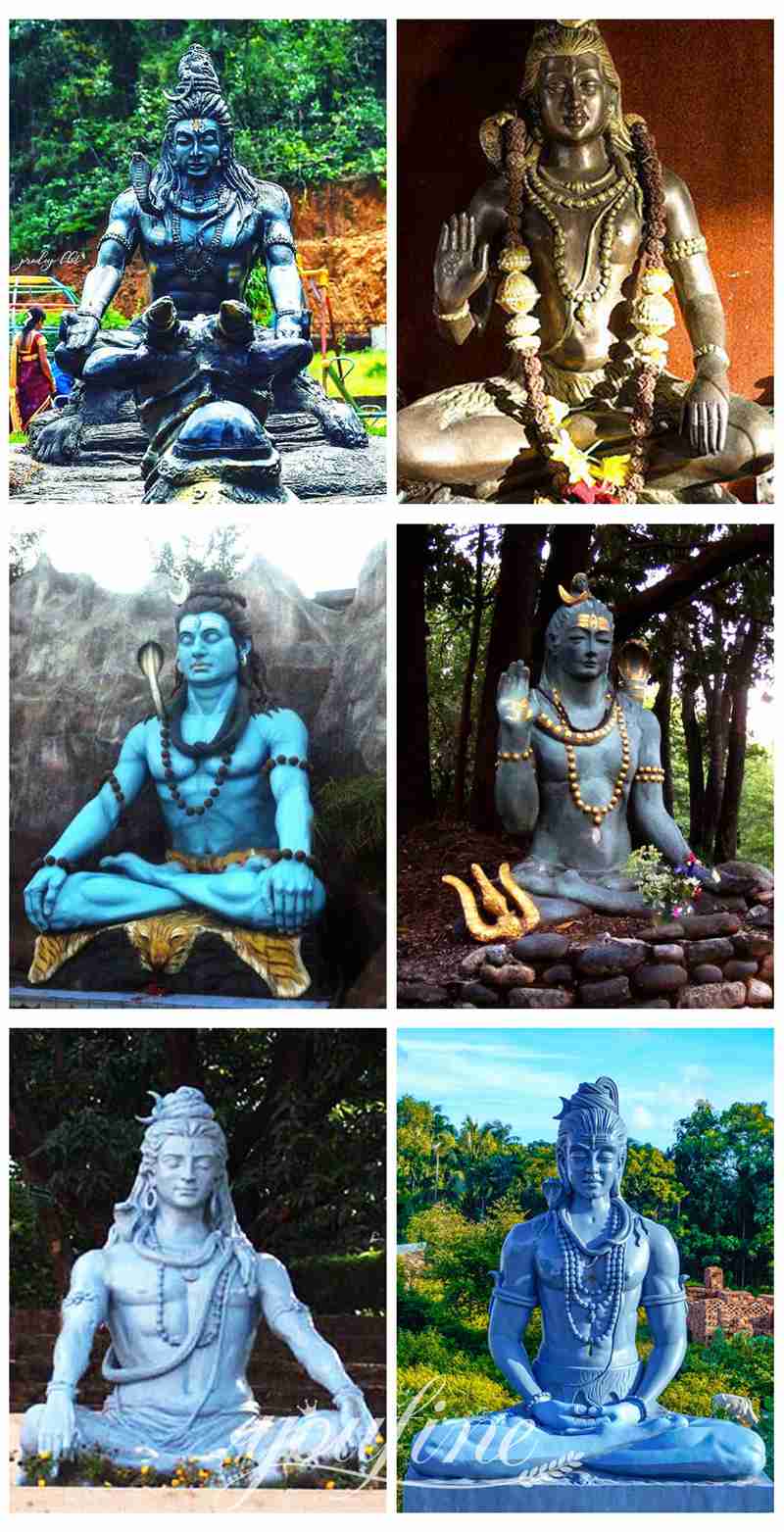 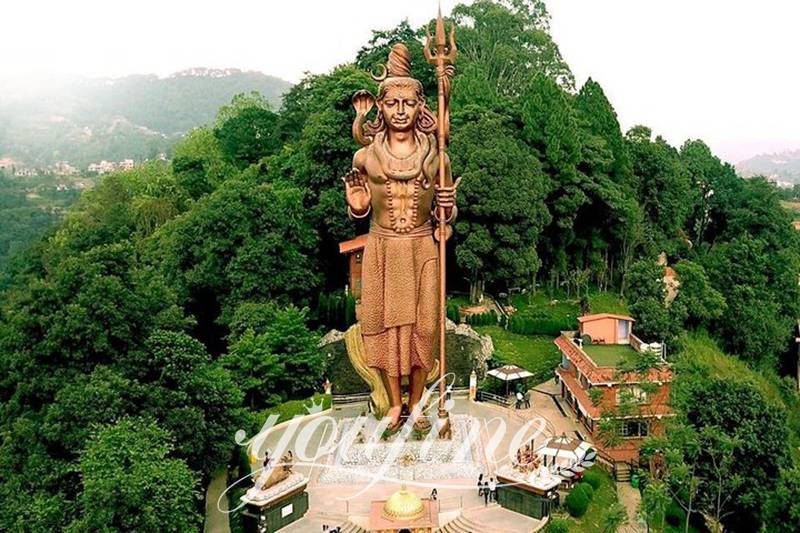 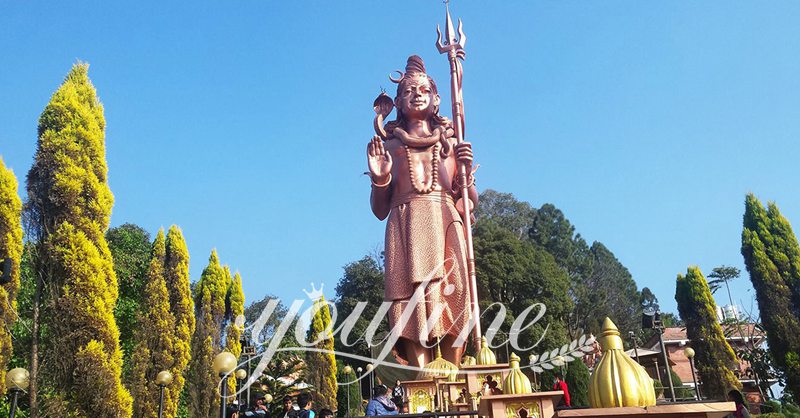 There are two methods to maintain the bronze Buddha statue surface. The first one is using wax to protect the bronze Shiva sculpture surface, normally top masters would heat the wax to liquid, then brush the wax to the patina’s surface softly, and at the same time use a spray gun to heat the surface making sure the wax be one protective layer. In this way, the patina color would last many years whether under strong sunlight or heavy snow. 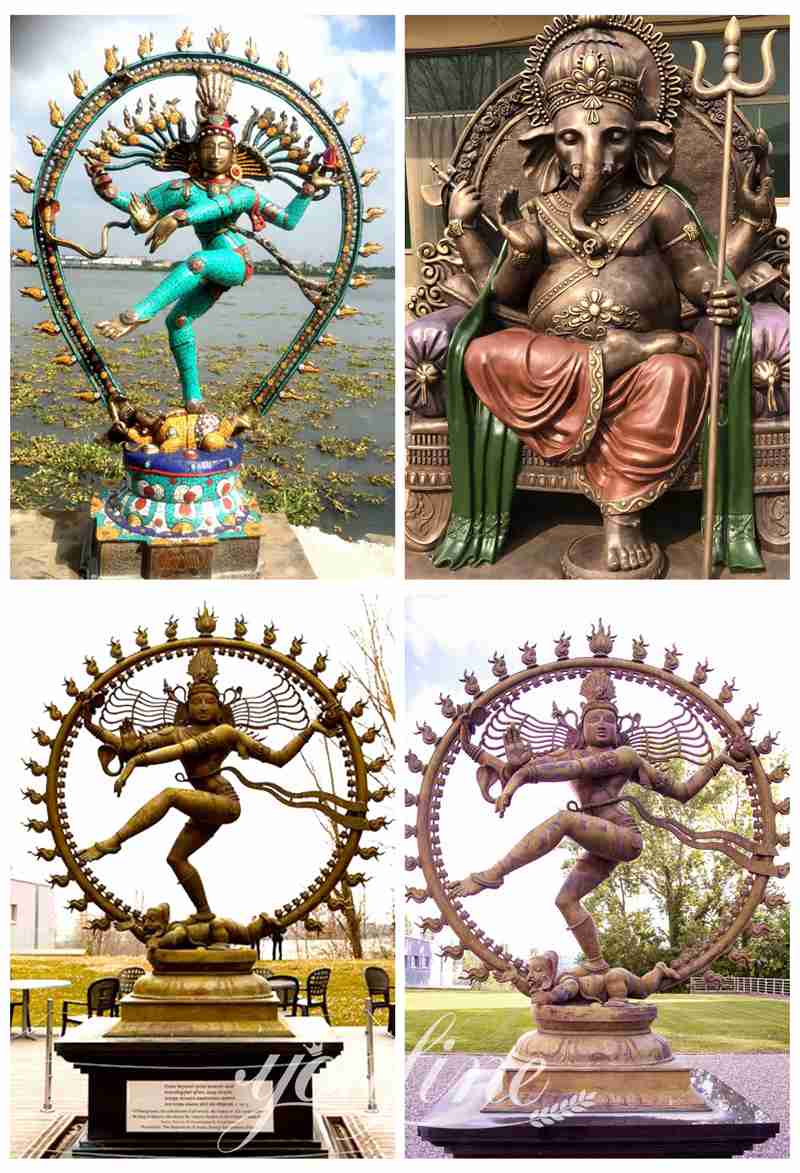 The second way is to spray a little bit of varnish on the surface of the Shiva Shakti sculpture, which would form a smooth film, which could well protect the bronze large Shiva Shakti statue from dust and rain. Cause the varnish is transparent, which would show the original natural surface of the bronze sculpture, no change to the original patina color. 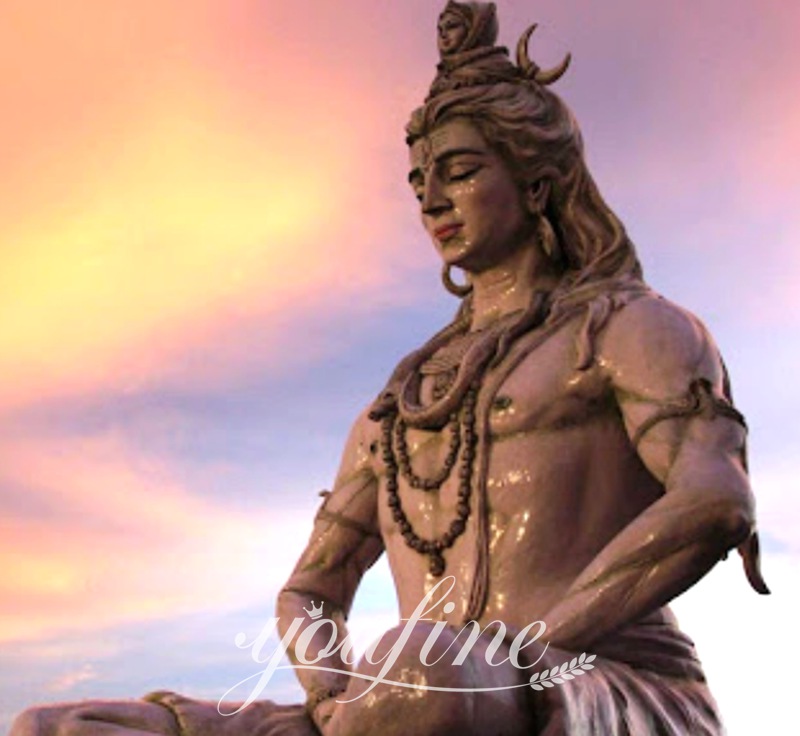 Overall, These methods could ensure the statue keeps brighter and more beautiful as time goes by. YouFine artists devote all of their hearts to artwork, at every step you could feel it. Please feel free to contact us if you want to cast a large bronze Buddha statue. YouFine’s professional cast artists and responsible sales staff would be your one-stop shop.