Our lady of Fatima is a Catholic title of the Virgin Mary based on the famous Marian ghost in 1917. Reported by three shepherds children in Cova Lima da Iria, in Fatima, Portugal. The third child is Lúcia Santos and her cousins San Francisco and Jessita Marto.
Item No: CHS-263
Place of Origin: Hebei,China
Packing: 3 cm Crate Packing
Style: Our Lady of Virgin Mary
Quality: 100% Quality Insurance
Technique: Hand Carved and Polished
Keyword: Our Lady of the Rosary of Fatima
Payment Term: By T/T,30% Deposit,And 70% Balance Before Shipping

Our Lady of the Rosary of Fatima marble statue is a Catholic title of the Blessed Virgin Mary based on the famed Marian apparitions reported in 1917 by three shepherd children at the Cova da Iria, in Fatima, Portugal. The three children were Lúcia Santos and her cousins Francisco and Jacinta Marto. 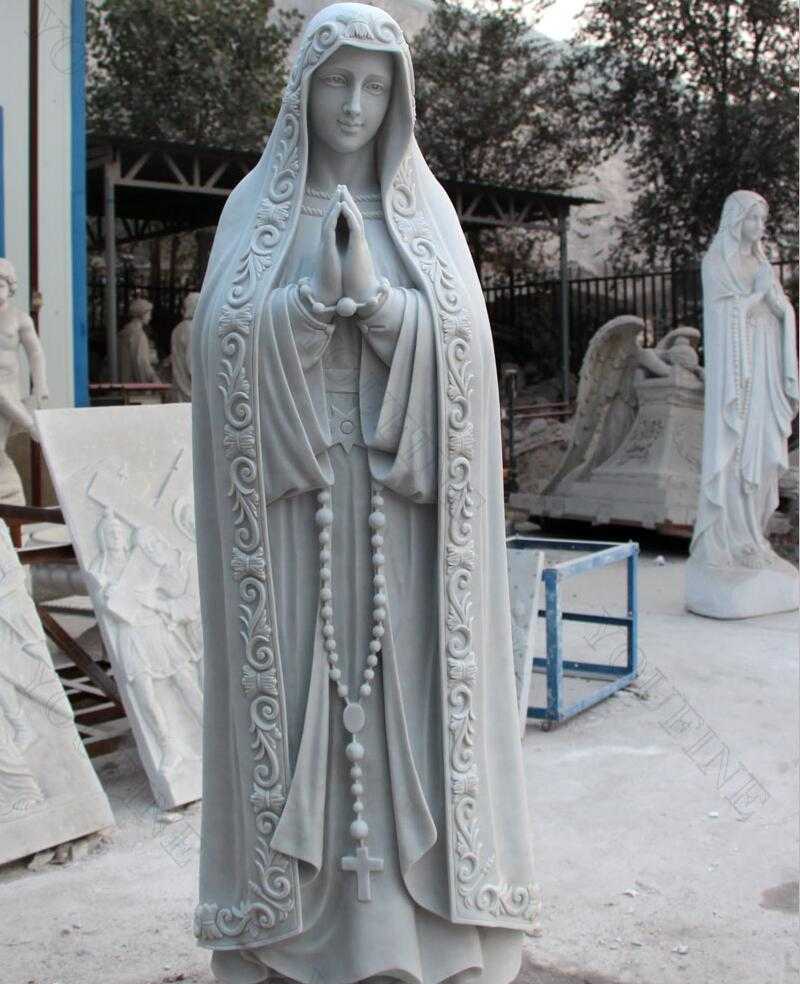 Bishop Joséalves Correia da Silva announced the events that were worth believing on October 13, 1930. May 13, 1946, Pope Pius 12 granted the Fatima shrine to the coronation ceremony of the Aloisi by its Apostolic representative, Cardinal Benedetto. Masella. November 11, 1954, the same pope was briefed by his Pope Lucer Superna the Fatima Temple to the position of the chapel.

As follow is the Our Lady of the Rosary of Fatima for our american friend.

“Our Lady of Fatima” was delivered in a protective double box with her wrapped very carefully and lovingly in extra bubble paper. I appreciate that she arrived in perfect order. She represents so much to me and my devotion and my faith. I would not hasten to recommend this company or ordering from them in the future.

The folk church was permanently associated with the Marian Mirage, which was reportedly witnessed by three shepherds in Kovadaria in 1917. The Catholic Church later recognized that these events were “trustworthy”.

A small church was built here in honor of the Virgin Mary from 1918 and a statue was installed in the city of Fatima. Churches and statues have since been enclosed in a large shrine and cathedral. Facilities including hotels and medical facilities have been built for decades. Each year, thousands of pilgrims go to the Temple of the Virgin Mary of Fatima. 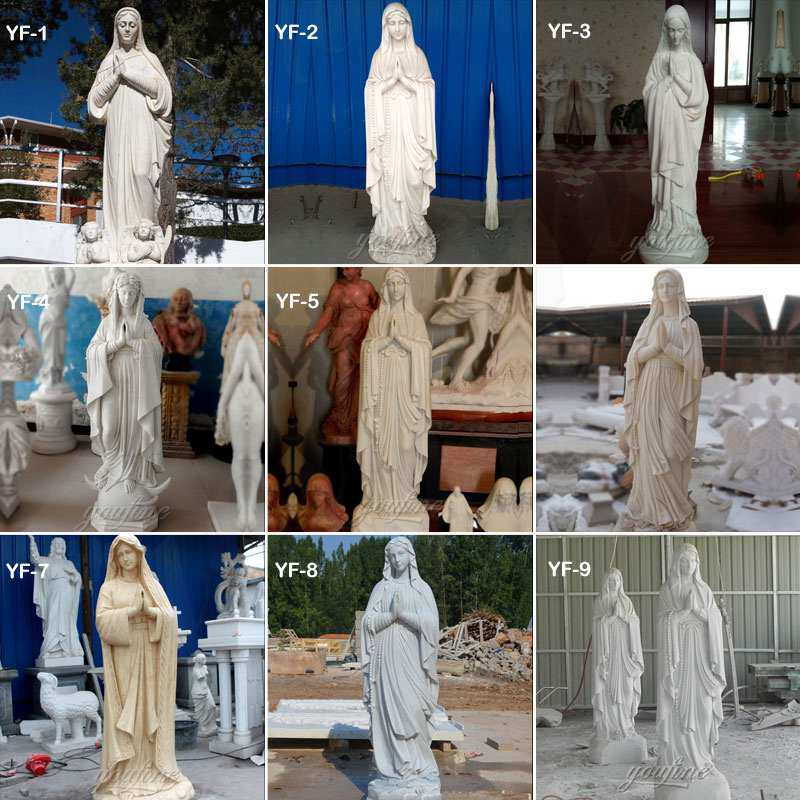 So if you have some requirement about catholic religious statue,like Our Lady of the Rosary of Fatima ,Christ Jesus Statue,Virgin Mary Statue,please contact with us !