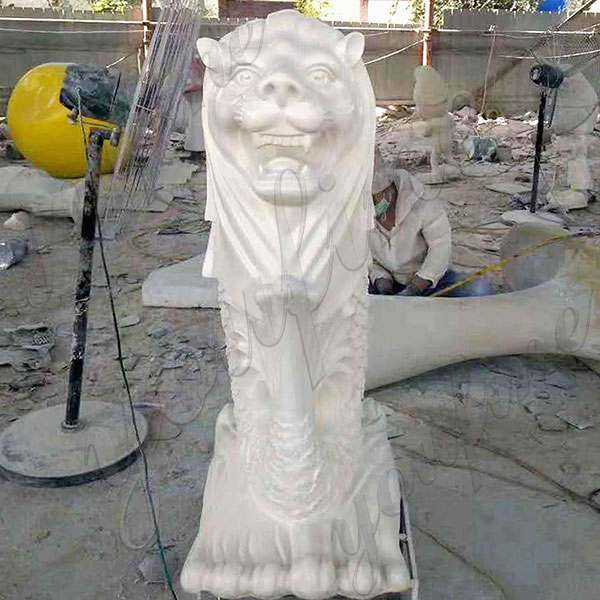 Many times, countries and cities often choose an animal to represent them. These animals symbolize their origins and reflect the spirit they want to convey to the world. Choosing a mythical unicorn as its national animal, Scotland is certainly the most interesting. But when it comes to an imaginative choice, by creating its own unique animal as a symbol of the country: the Singapore Merlion may outweigh. 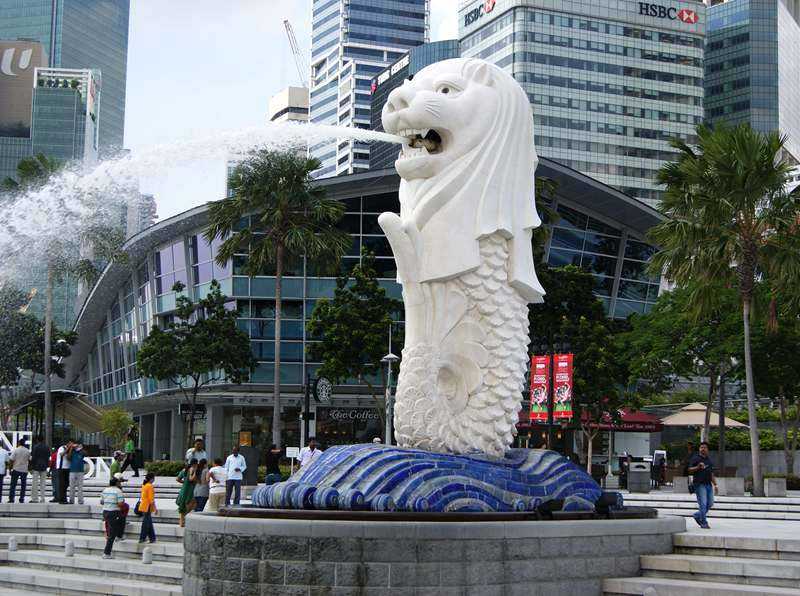 The Singapore Merlion Lion Fish Statue is a fictional animal with a fish body and a lion’s head. It was designed in 1964 by Mr. Fraser Brunner, then curator of the Van Kleef Aquarium. It was adopted as a symbol by the Singapore Tourism Board two years later and has been in use until 1997. During this period, the Merlion has become a representative of Singapore, like the Eiffel Tower in France or the Statue of Liberty in the United States. The design of the Merlion Lion Head is inspired by a legend about Singapore’s history. 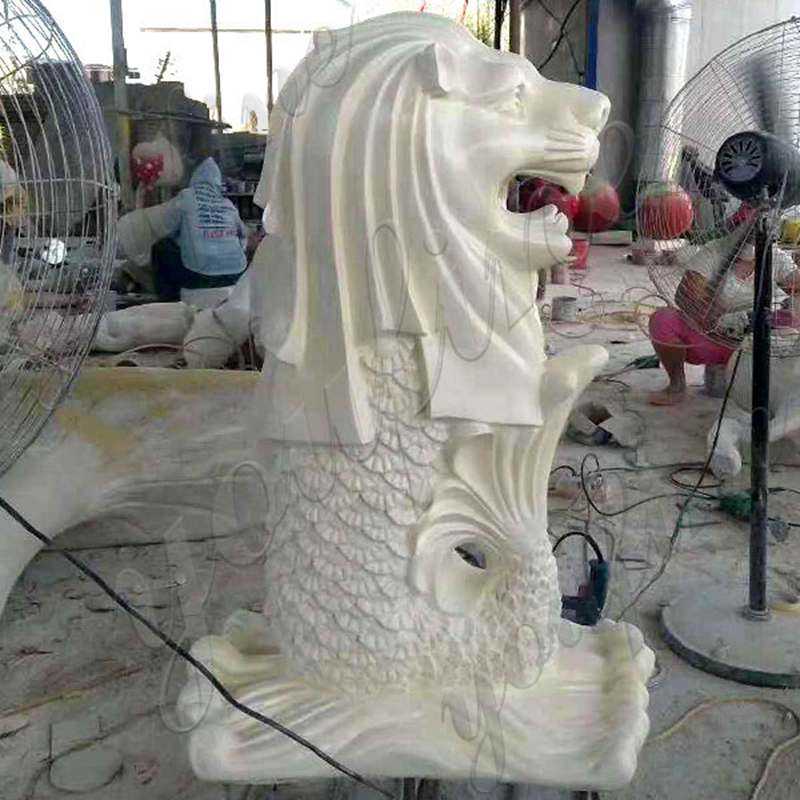 It sounds like a very peculiar choice, but once you enter Singapore’s past, everything is easy to explain Singapore Merlion Lion Fish Statue. According to the most popular theory, Singapore was founded by a Malay prince who saw the lion before he first set foot on the current sovereign island, and then he established new settlements there. 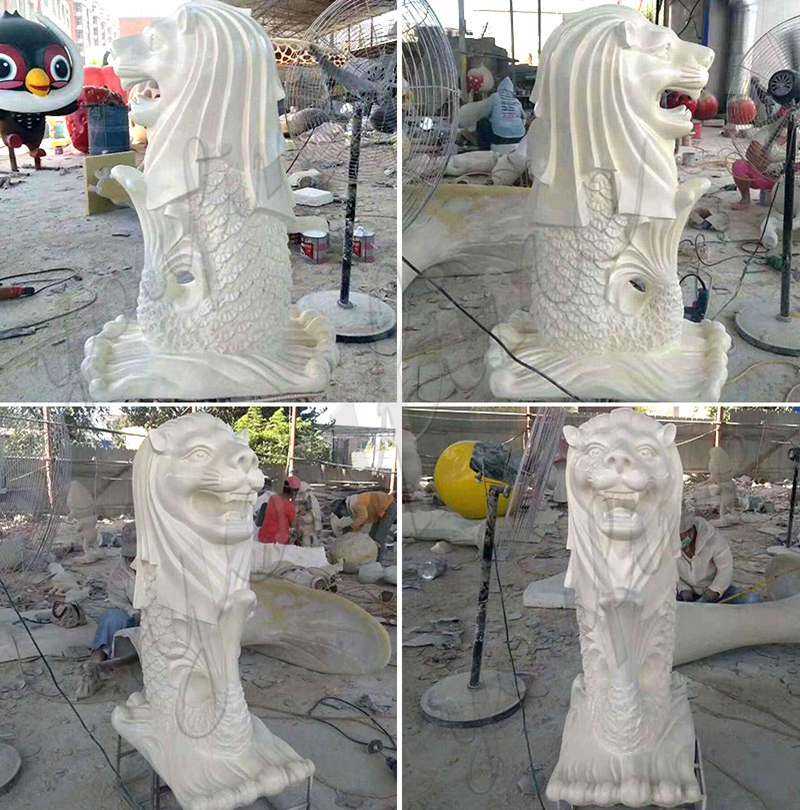 The name of this country pays homage to those starting points: the roots of “Singapore” can be traced back to Sanskrit, more specifically the “Singa” for the word “lion” and the “Pura” for the “city” – which also explains the nickname of Singapore. More importantly, the lion head also symbolizes courage and strength, and its chimeric elements reflect the passion of moving forward, and all qualities are highly valued among Singaporeans. 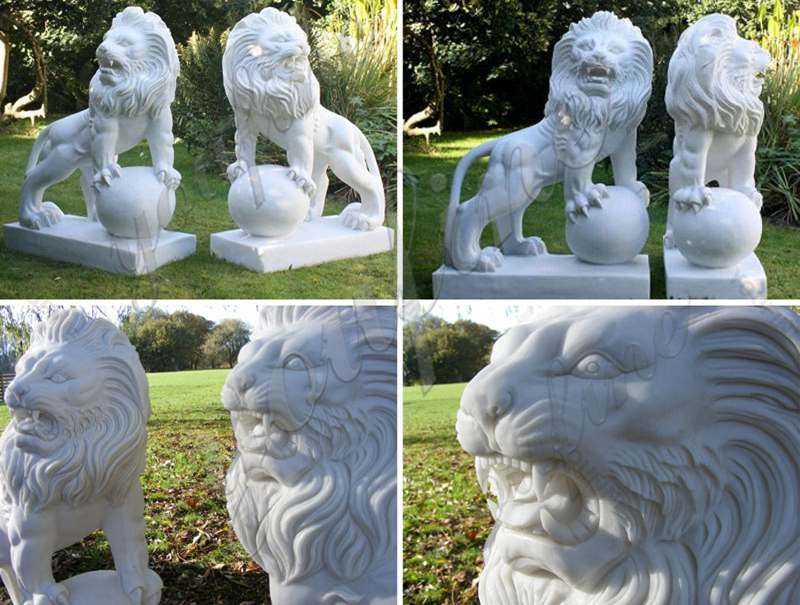 You Fine Art Sculpture could highly restore this Singapore Merlion Lion Fish Statue from small size to large outdoor size you want, we have the professional marble sculptor team who are focusing on carving foe many years.