What is the Background of Auguste Rodin’s the Kiss statue?

Home » NEWS » Company News » What is the Background of Auguste Rodin’s the Kiss statue?
Site Search:

What is the Background of Auguste Rodin’s the Kiss statue? 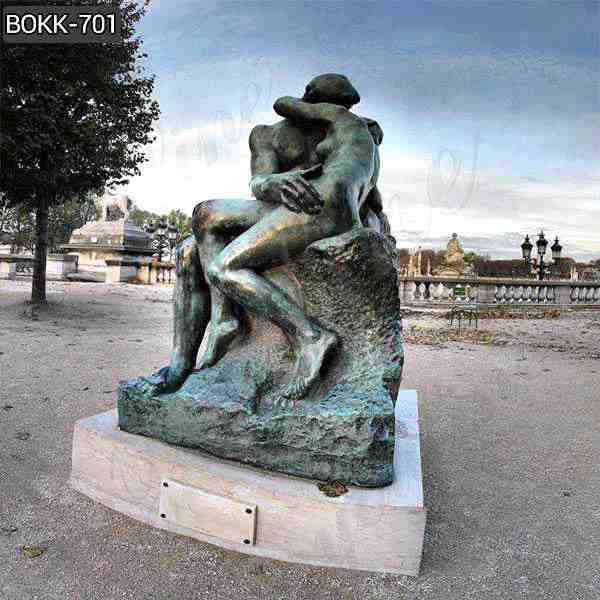 The first expressions of “The Kiss statue” are Paolo and Francesca. They are the characters in the poem “Divine Comedy” of Dante. When the couple were kissing, they were killed by the husband of Francesca who suddenly appeared, and they were punished in hell. This sculpture was designed by Rodin in the early stage of the creation of The Gate of Hell.

It is designed to be placed in a prominent position on the lower left side of the door leaf, facing the face of “Ugolin”. Until 1886, Rodin realized that the happiness and joy shown by this sculpture did not match the theme of his entire large design. Later the sculpture was removed in 1886. 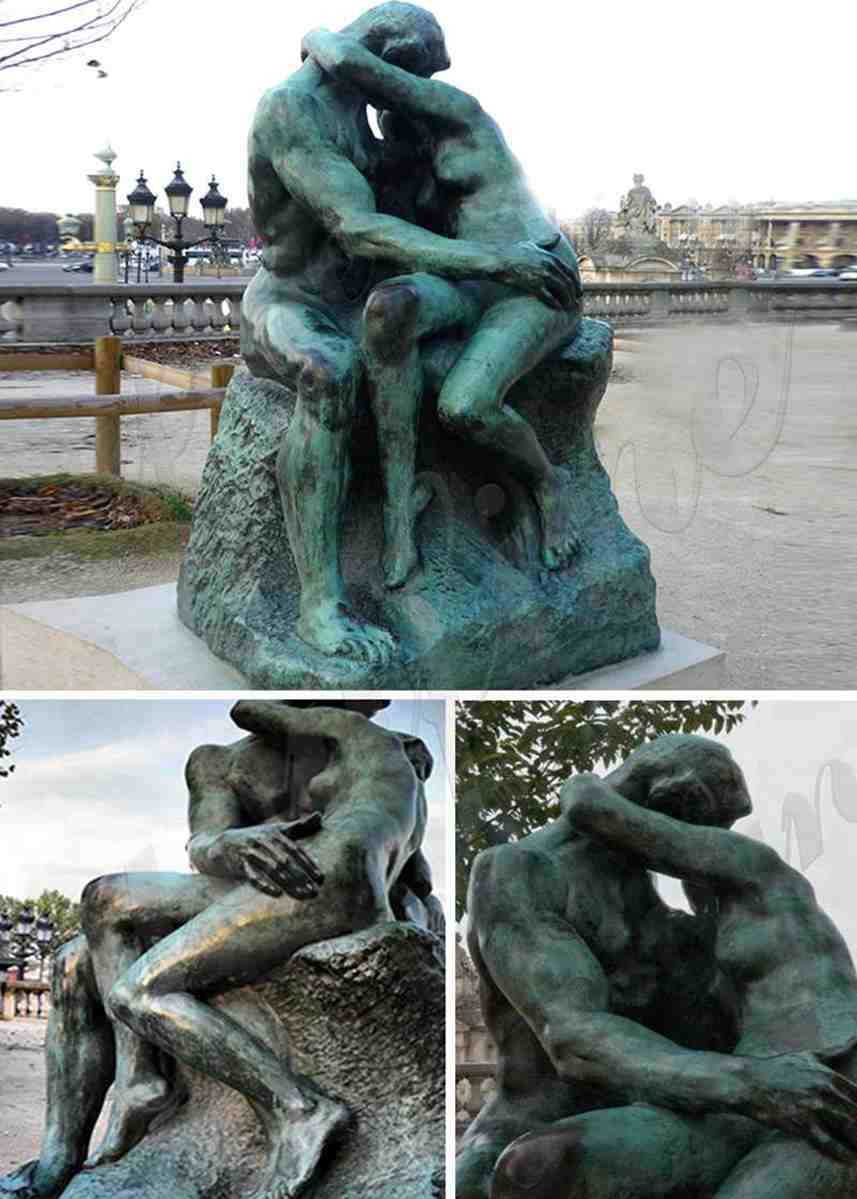 Since 1887 he has exhibited The Kiss Statue as an independent sculpture. The smooth, sleek shape, vibrant composition and fascinating themes made this sculpture an instant success. Since the character does not have any minor details, it is called “Kiss”, and this abstract name conveys its universal characteristics. The French government appointed Rodin to produce an enlarged version of the marble version of the sculpture, which Rodin spent a decade to deliver. It was not until 1898 that Rodin agreed to display his “big gadgets” as a sister sculpture of Balzac, in order to make this bold work Balzac more acceptable to the public. 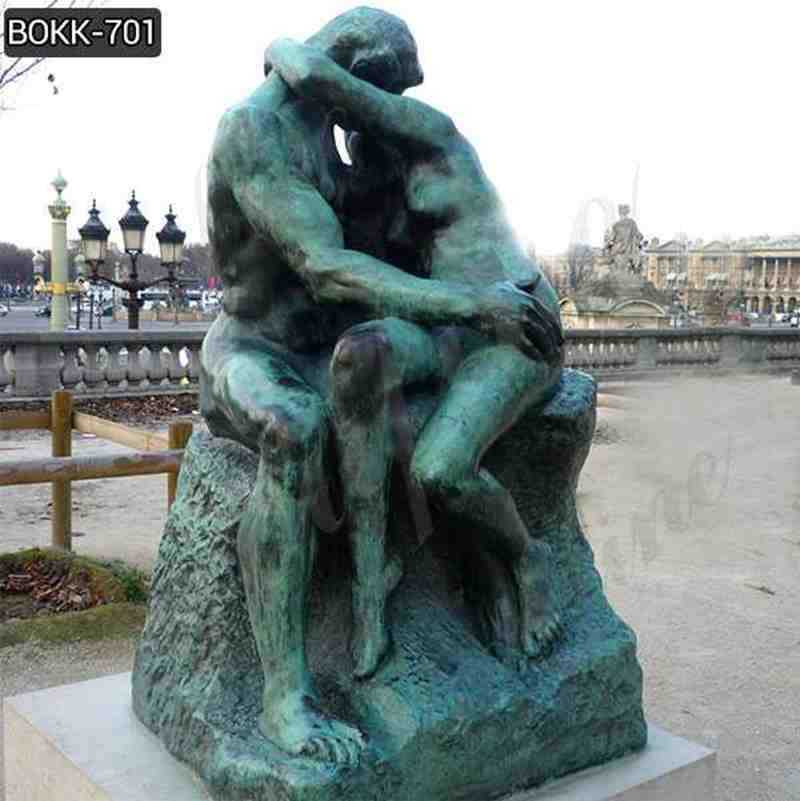 This The Kiss Bronze Statue incorporates the lower half of the double seat into the marble as a whole, avoiding the cumbersomeness of the feet and enhancing the overall sense of the sitting. Carved in a very classical realistic way. Their ups and downs, delicate, elegant body and posture, caused a very vivid light and shadow effect. It seems that its inner youthful enthusiasm and life are flashing with these lights. 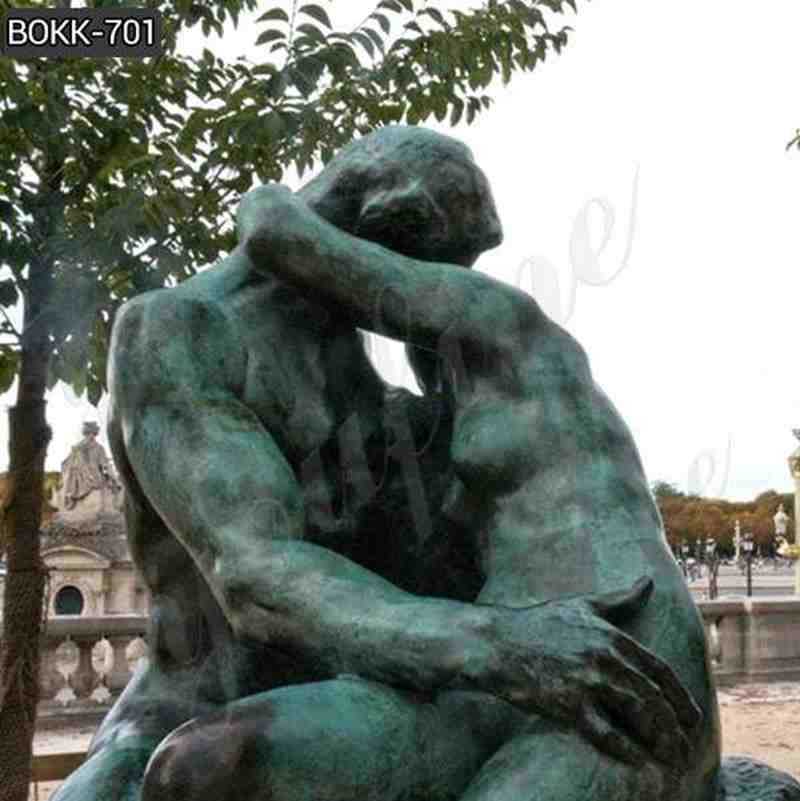 When we look at this vivid and dazzling masterpiece, everyone has to be excited, that is, the source of life. Love, this is the eternal theme of the immortality of the world. Rodin chose the kissing of naked men and women, and the original contact of the pure flesh is thus the most touching. This the kiss statue expresses the author’s painful and contradictory thinking that never answers: human sin comes from insurmountable desires, and desire is due to human pursuit of light and joy, so human desire is the abyss of sin. The joy of mankind is the way to lead sin, and the suffering of mankind is doomed to irresistible and never ends.