The Introduction of Memorial Not Forgotten Fountain:

They were veterans who were not allowed to return their home. Their contribution to America’s role in the war in the Vietnam War was invaluable, but their physical makeup made them expendable. It’s because they had four legs, not two. 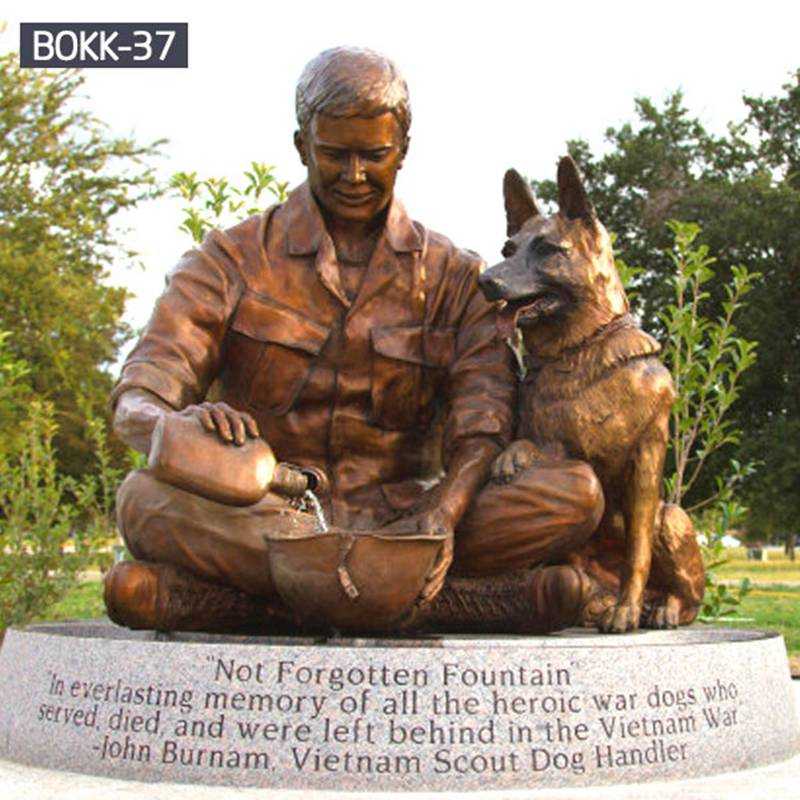 During the decade of the Vietnam War, only 204 dogs left Vietnam. Some stay in the Pacific and some return to the United States. None returned to civilian life. When the U.S. military hurriedly withdrew from Vietnam, all of the other surviving dogs, considered surplus equipment, then they were left behind. The dogs were either euthanized or given to the South Vietnamese Army who were not trained to handle the dogs.

John Burnam designed this memorial bronze sculpture- Not Forgotten Fountain by learning the stories behind thousands of military dogs. In order to commemorate the military dogs sacrificed for soldiers or abandoned in the Vietnam War. 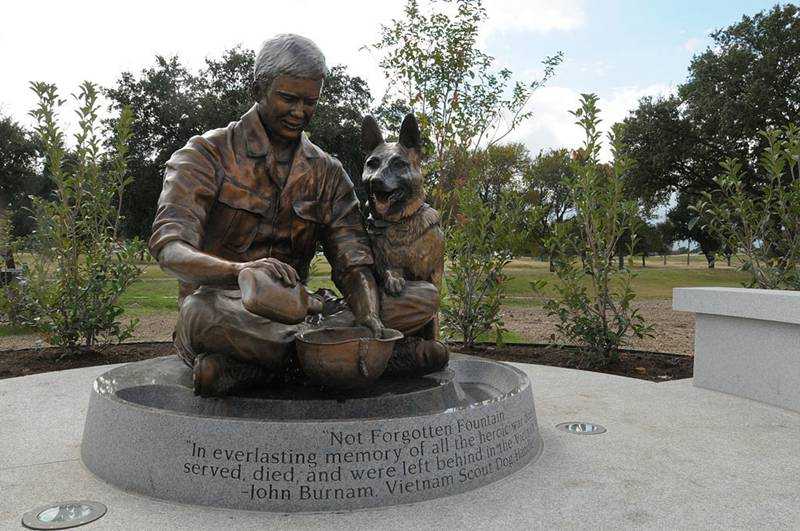 This bronze military dog and soldier statue is a scene in which Vietnam War era Dog Handler poured water from his canteen into his helmet for his military German Shepherd to drink. From this bronze statue, we could see that this soldier loves his military German Shepherd very much. This shepherd is also his best partner. He is willing to share his water with his loyal partner. This is a very warm picture during the war, with the soldier and his dog together. 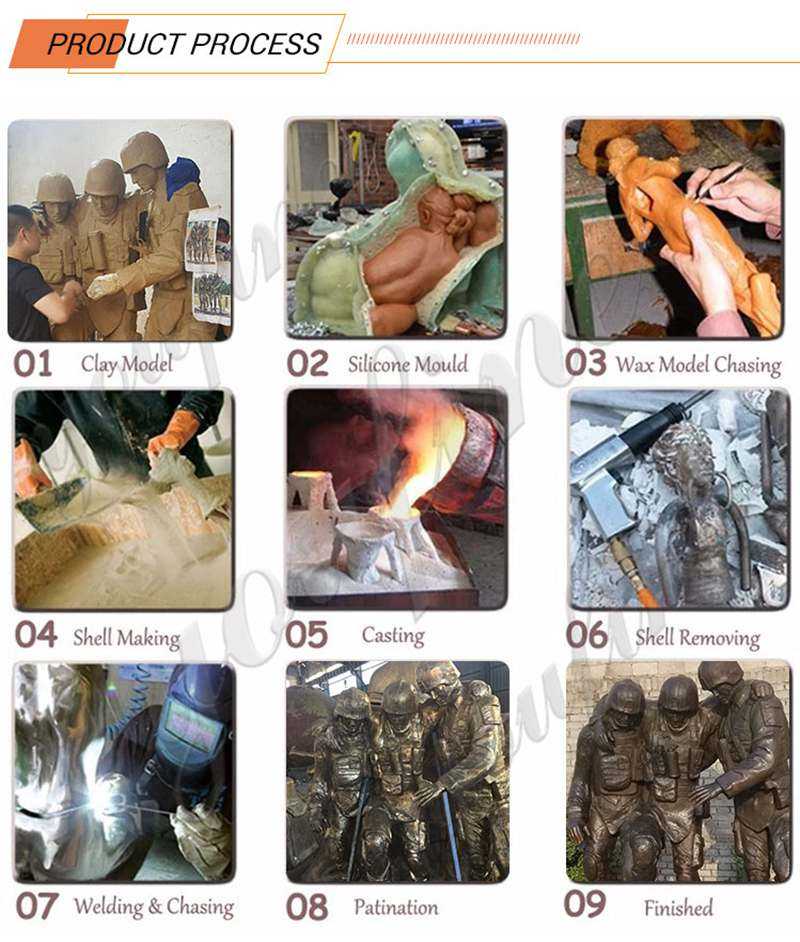 Dogs have always been a loyal companion to humans. Especially during the war, for centuries, dogs have played an important role on the battlefield. These trained military dogs, who are engaged in various dangerous characters, may sacrifice at any time, but also save the lives of many soldiers. 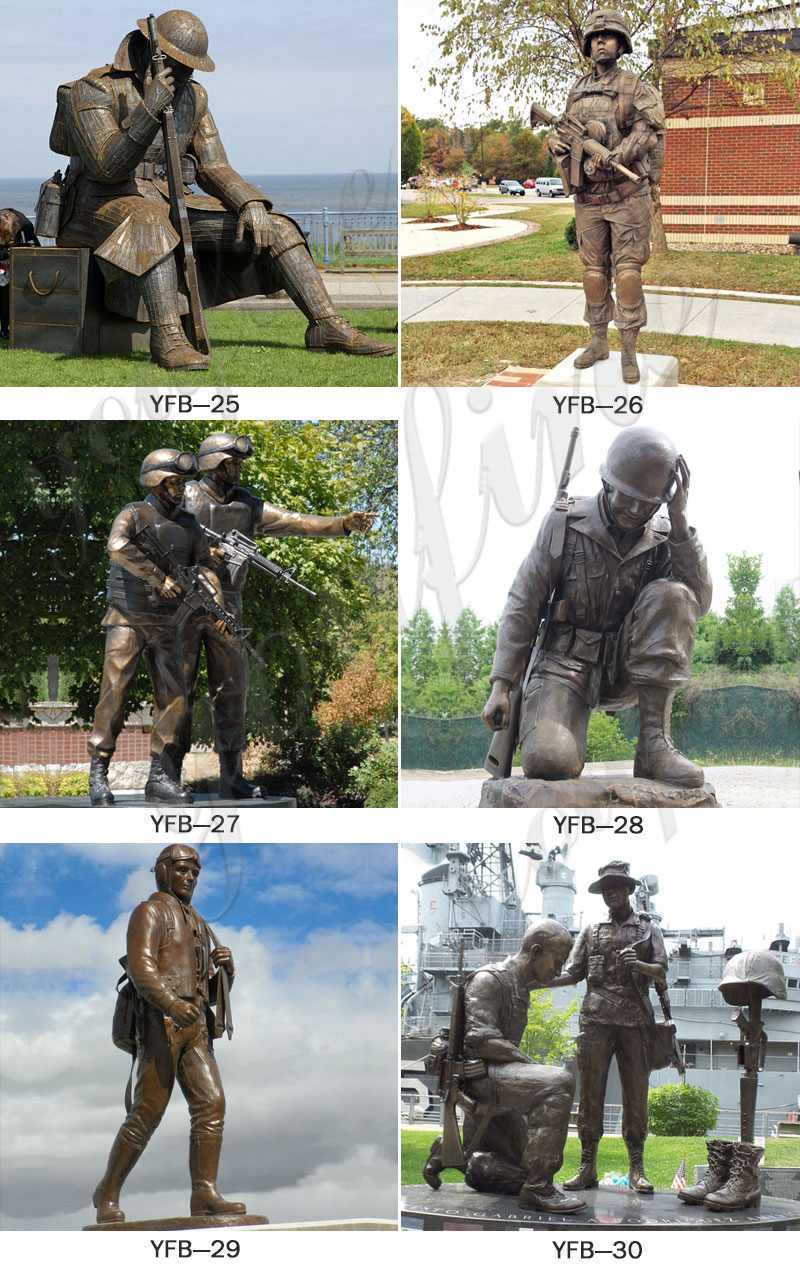 This famous bronze military dog and soldier statue– Not Forgotten Fountain is used to honor the military dogs who died in the Vietnam War. Whenever we see this sculpture, it reminds us of those brave shepherds. So if you are interested in this bronze memorial statue, please contact us as soon as possible.

Where to Buy Black Granite Headstone with Weeping Angel Statue from China Factory?