Why Does Atletico Madrid Have a Bear Statue?

Why Does Atletico Madrid Have a Bear Statue? 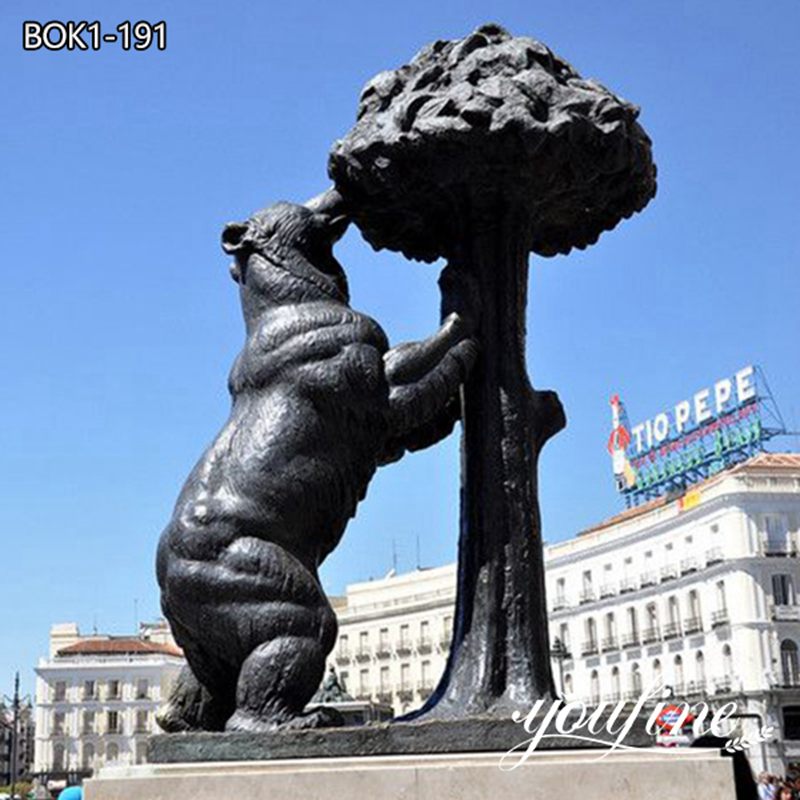 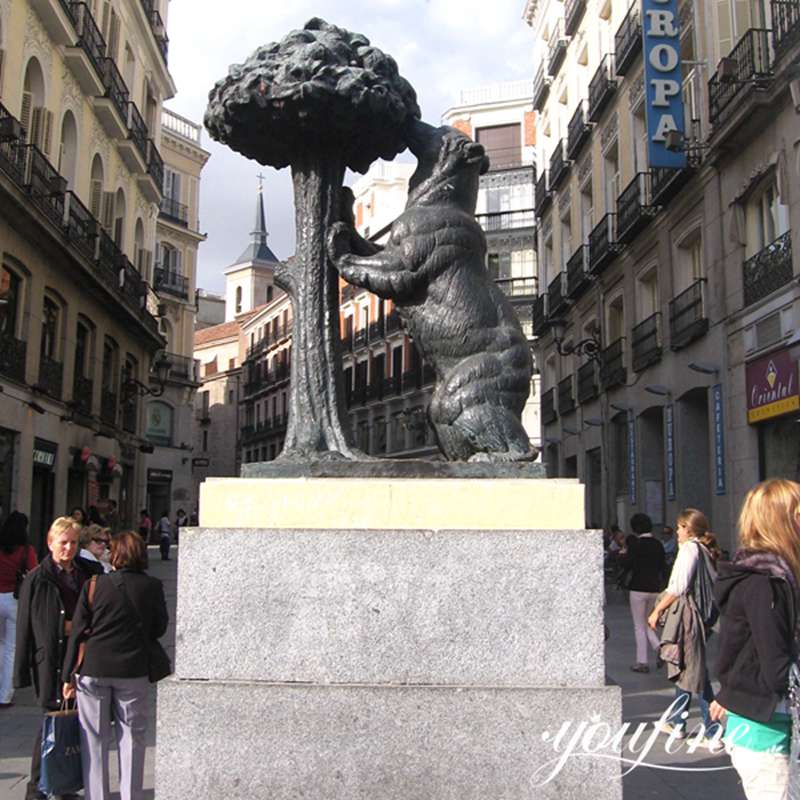 What is the Bear Statue in Madrid?

We all know that it stands a big bronze bear statue in Madrid. First, the bear bronze sculpture stands on its hind feet. The bear is looking for fruit among the leaves of a strawberry tree. Also, this bronze bear statue was created by sculptor Antonio Navarro Santafe at the behest of the Spanish government and was inaugurated in 1967. 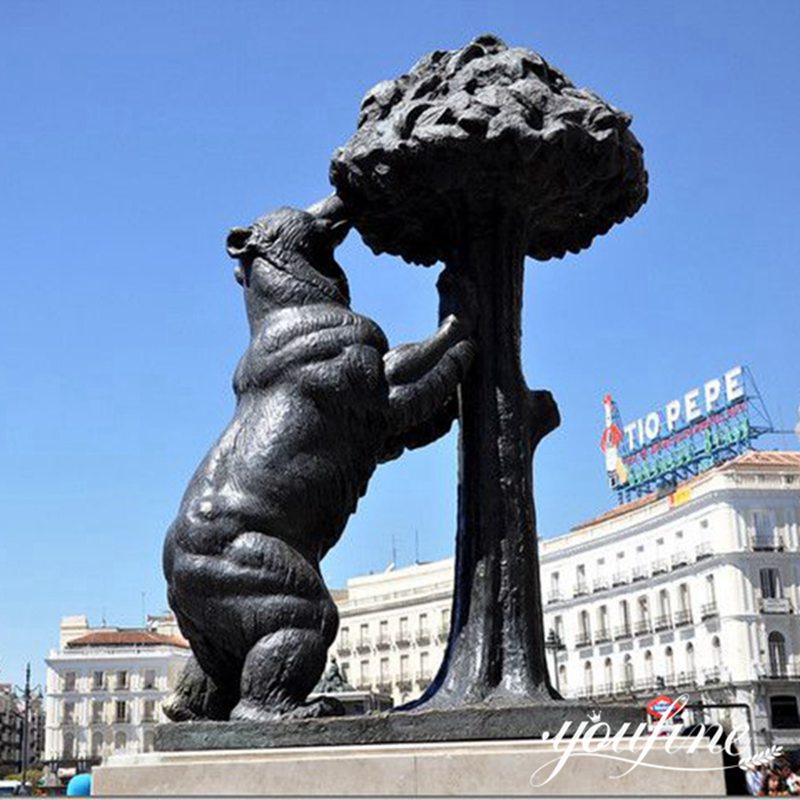 Incredibly, this bronze bear sculpture weighs nearly 20 tons. Most meaningfully, the bear and the Madrono tree ended up being part of the Madrid coat of arms. Moreover, the bear hug tree is the emblem of Madrid and one of the symbols of Madrid. It depicts the bear with a deep symbolic meaning to the city of Madrid. According to one explanation, the significance of the bear goes back to the origins of the city of Madrid. A legend explains that the founders of the city settled in one place. There they were struck by the sight of a mighty bear leaning over to pick fruit from a Madrono tree. So cast this bronze life-size bear statue. 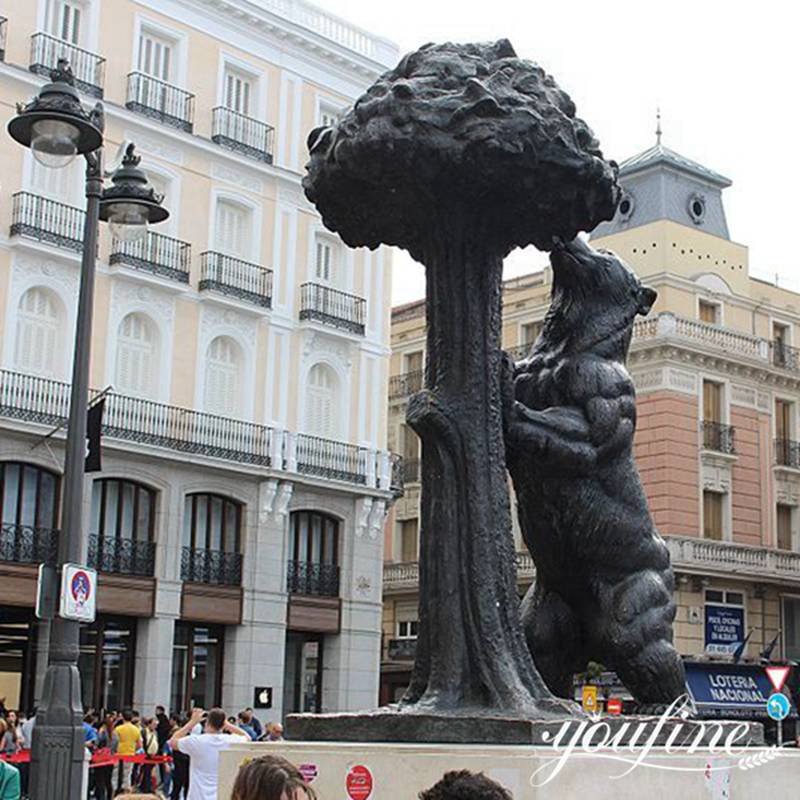 What Does the Bear Symbolize in Madrid?

The brown bear is now extinct in Madrid and even in most of Spain, although the species could still be found in the northern regions of the Cantabrian Mountains in Asturias. However, statues bears, and strawberry trees stand in the heart of the city, reminding Madrid people of their rich cultural, historical, and natural heritage. 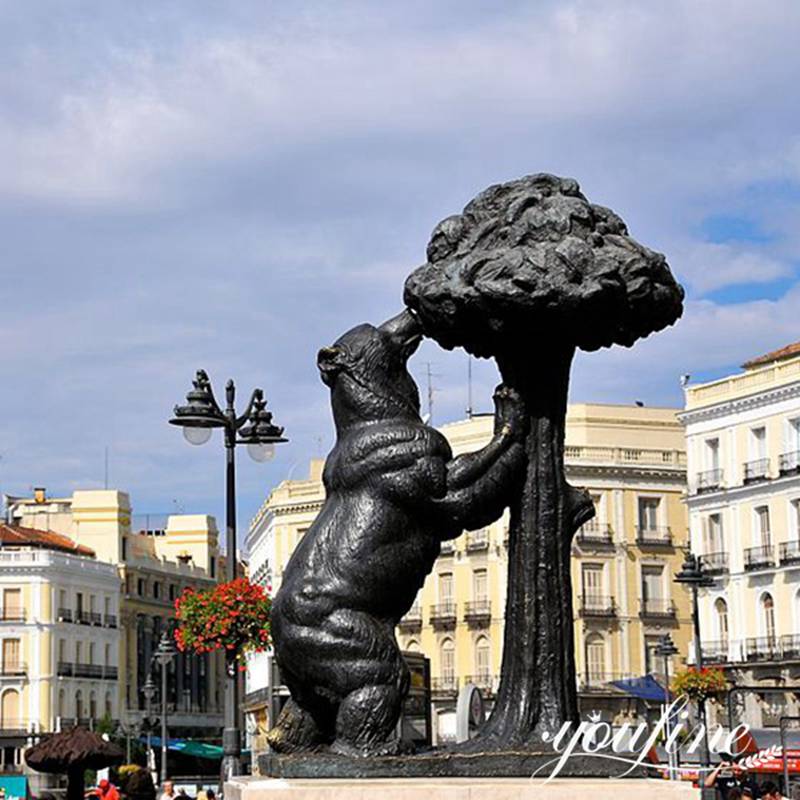 The Coat of Arms of the City of Madrid: 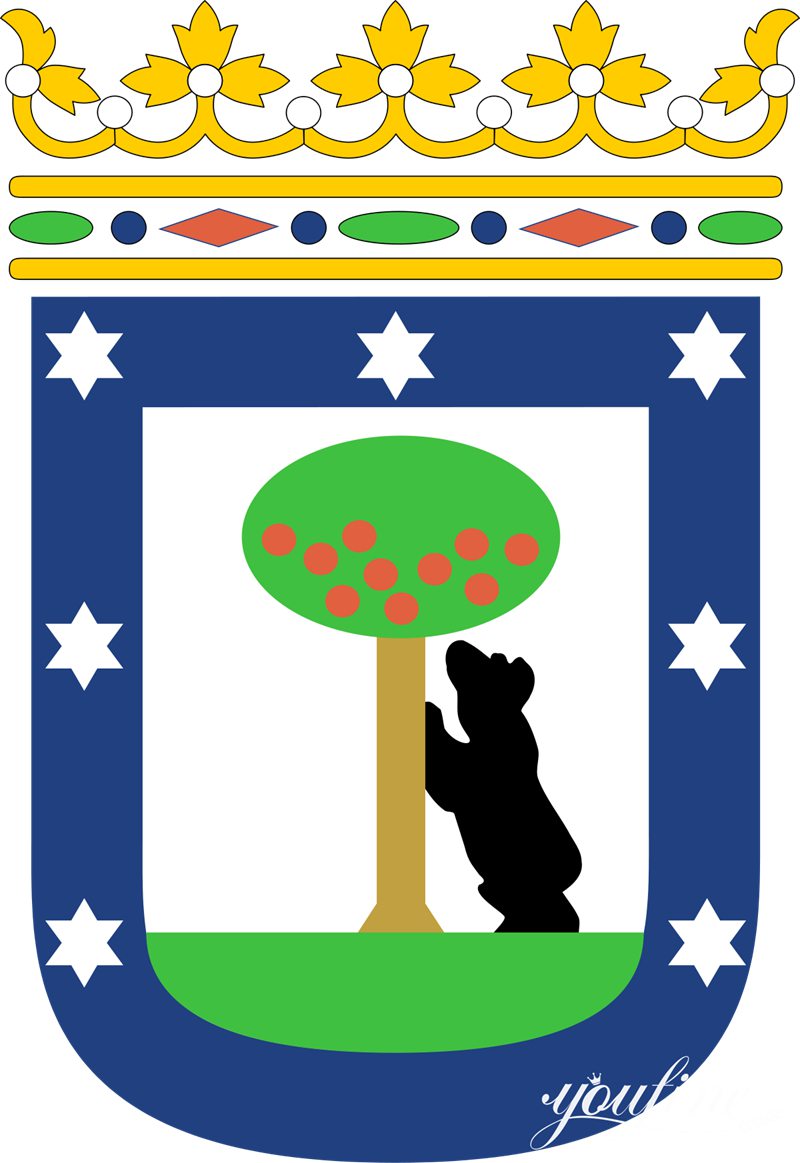 YouFine has been a sculpture factory for decades casting bronze animals. Our artists are very good at casting bronze bear statues. Especially large-scale animal sculptures, our artists have 20 years of experience. Also, we cast bronze bear sculptures using the traditional lost wax method. During the casting process, our artists use silica sol technology. This technique ensures that the sculpture would not appear in white spots for a long time. We all know that once a sculpture has white spots, cracks would appear on the surface of the sculpture. Therefore, the garden bear statue would not be available soon. 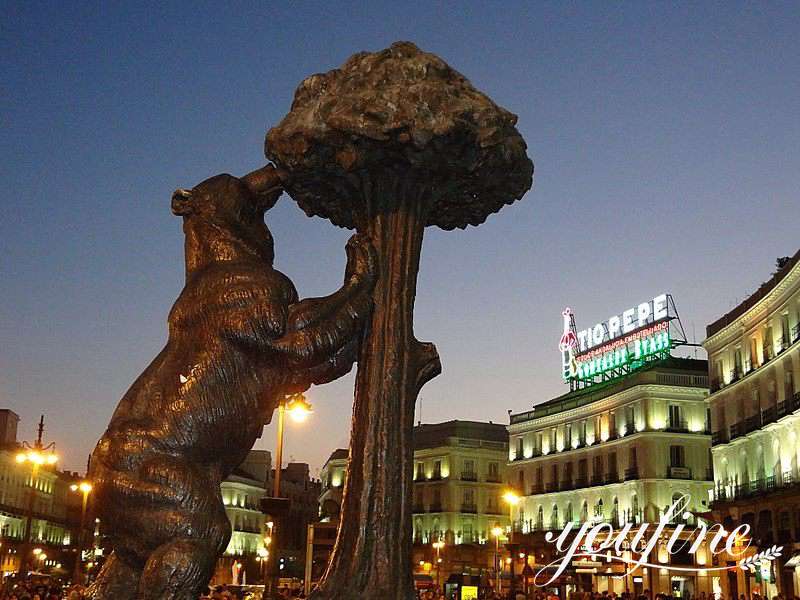 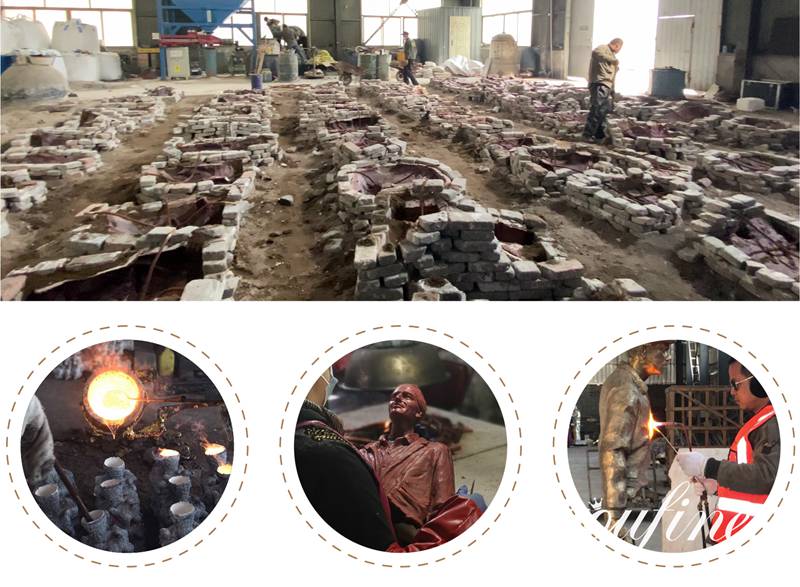 There is no doubt that YouFine not only strives to achieve the beauty of the sculpture, but we also attach great importance to the quality of the bronze grizzly bear statue. If you want this famous bronze bear sculpture, please contact us now.