Why is Santa Claus pulling a sled with a reindeer?

Home » NEWS » Company News » Why is Santa Claus pulling a sled with a reindeer?
Site Search:

Why is Santa Claus pulling a sled with a reindeer? 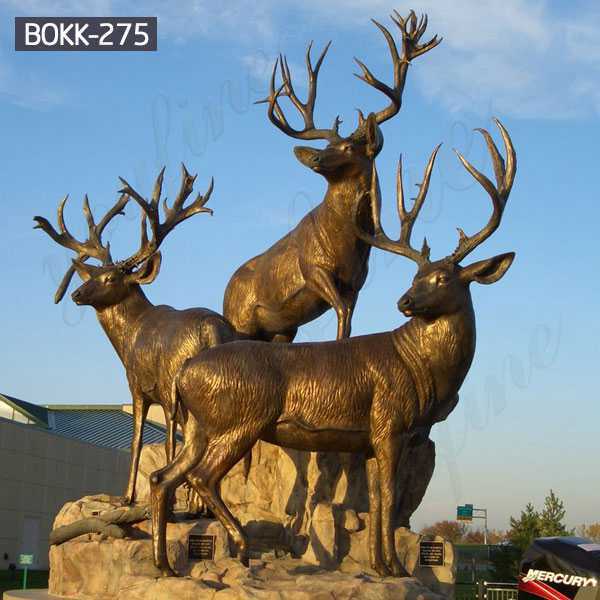 Legend has it that Santa Claus gave a gift to a child on a sleigh ride by reindeers on Christmas Eve. Santa Claus climbed into the house from the chimney and left a Christmas present for the children. The reindeer is our well-known Christmas “car driver”. Every Christmas, the reindeer would pull out the Santa Claus on the sled to give gifts to the children. Although this is just a fairy tale that people have made up, the title of “driver” is more suitable for horses than reindeer. There are 9 reindeers sleighing for Santa Claus: Rudolph, Dasher, Dancer, Prancer, Vixen, Donder, Blitzen, Cupid, Comet.

So, why is Santa Claus pulling a sled with a reindeer?  There are three important reasons： 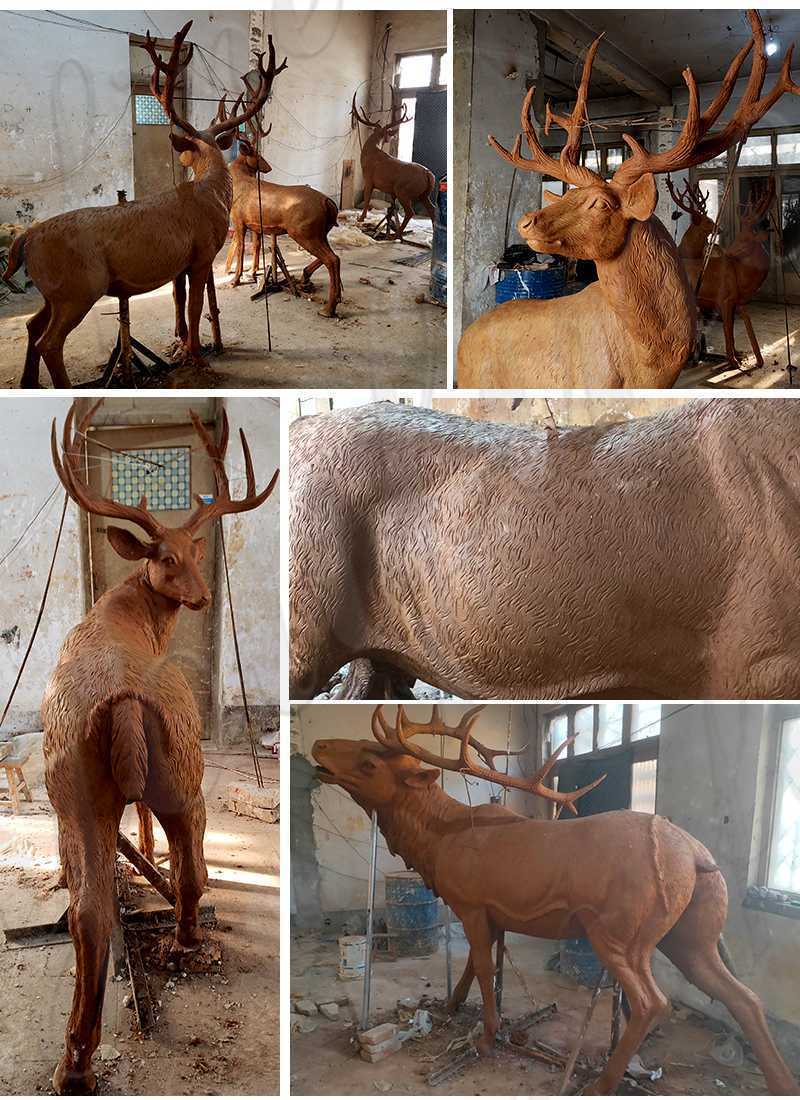 The story of Christmas originated in Western Europe. In the West, deer is a symbol of good fortune and joy, while horses in the West represent war and authority. And the reindeer is a kind of gentle animal. Compared with the horse, it is more intimate and more popular with children. It has more fairy tales and mystery than horse. 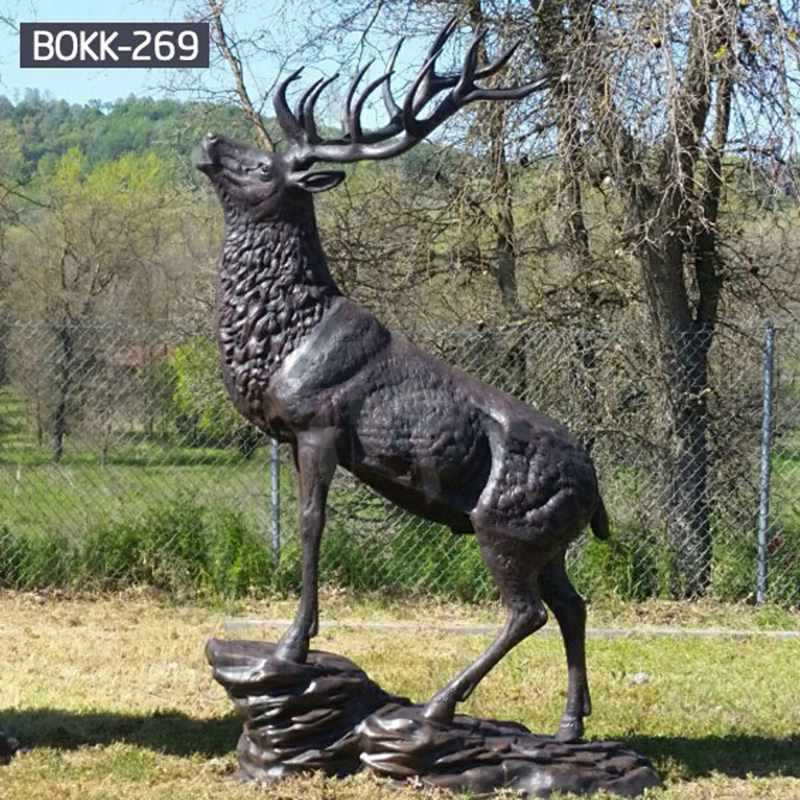 Secondly, reindeer is suitable for sledding:

Reindeer is distributed in the Arctic region of the Northern Hemisphere, including in Eurasia and northern North America and some large islands. They are medium in size, large and wide in the main hoof, deep in the central line, large in hanging hooves and wide in palms. They are the largest of the deer, and they can touch the ground when walking. They are suitable for walking on snow and rugged roads.

A large migration of hundreds of kilometers per spring is enough to prove that they are full of energy, and their spring-born pups are not comparable to any animal. Really have the talent to be a driver. 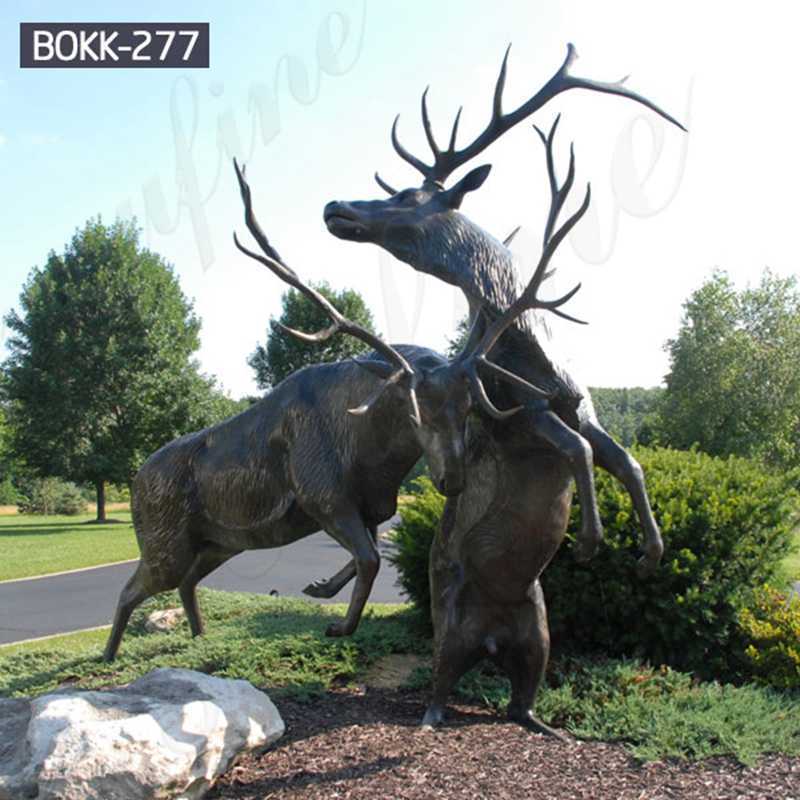 In modern times, scientists have found that in the Arctic, the UV level is highest compared to other wavelengths. The reindeer living in the Arctic Circle has been affected by this ultraviolet radiation for many years. It has long been accustomed to adapting to the environment so that the reindeer can see ultraviolet rays that are invisible to many animals. This is called ultraviolet vision. UV vision may be a special adaptation to the Arctic creatures. 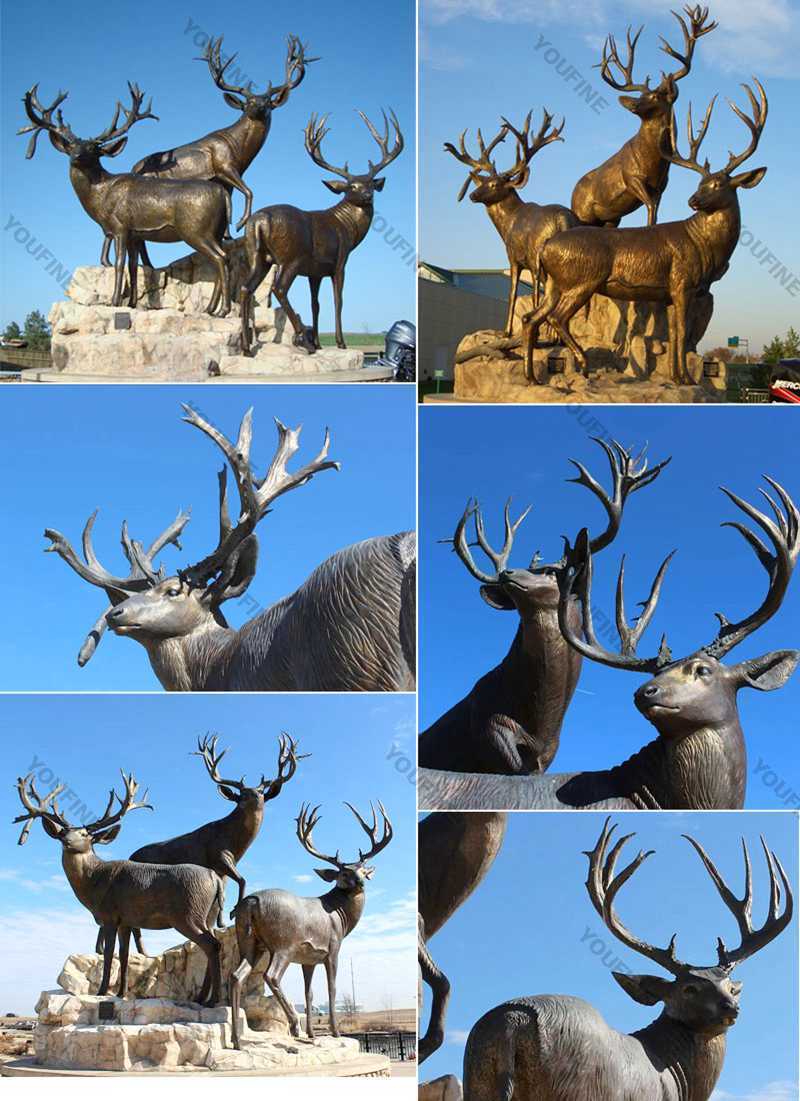 The researchers also speculate that perhaps this UV vision can help them distinguish between seemingly flat snow, identify contrasts, avoid danger, and distinguish directions for safe travel. Although horses often appear in Western stories, in the Christmas story, the role of “the driver” is more suitable for the reindeer of the ice world. After all, in the fantasy of people, Santa lives in a very cold place. Well.

Therefore, due to this fairy tale, the reindeer is also very popular among the people. We could find a variety of bronze reindeer statue in public places, zoos, or home gardens. The deer is also a symbol of good fortune so this statue is a very suitable gift for friends. 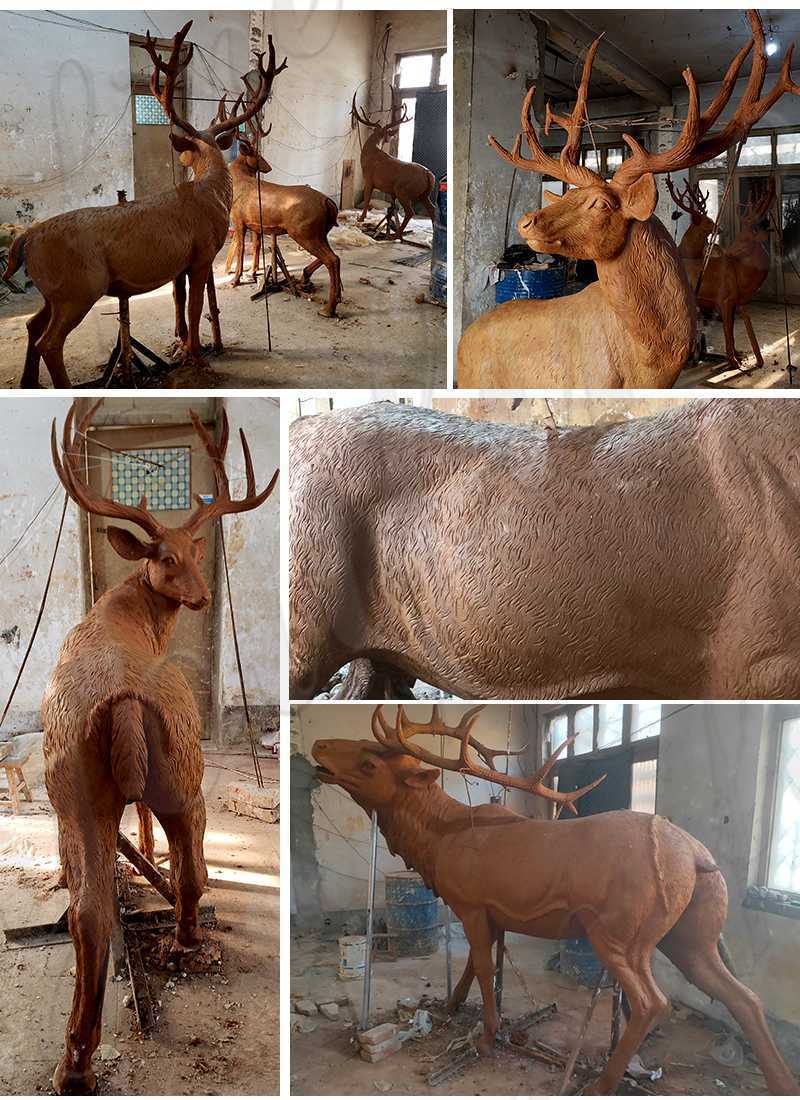 Our company specializes in bronze sculpture for more than 30 years. We use traditional lost wax method to make all kinds of bronze animal sculptures. The quality of our products is guaranteed. We have produced many clay molds of bronze deer sculptures, and you could choose our existing styles directly or we could customize the bronze deer statue for you. If you have any requirement about brozne reindeer statue, welcome to contact You Fine Art Sculpture quickly.