Warning: Use of undefined constant url - assumed 'url' (this will throw an Error in a future version of PHP) in /www/wwwroot/www.cnstatue.com/wp-content/themes/yf/single-pro.php on line 53

Famous Marble David Statue the masterpiece of the Renaissance sculpture master Michelangelo, is regarded as one of the best male human statues in the history of Western art. So want to know more about Famous Marble David Statue or have some other requirements about the famous statue, please contact us right now!
Item No: MOKK-440
Style: World Famous Statue
Superiority 1: Free Custom Made
Superiority 2: Foundry Supplying Directly
Technique: Art-quality Hand Carved, Polished
Payment Term: By T/T,30% Deposit, And 70% Balance Before Shipping

Famous Marble David Statue the masterpiece of the Renaissance sculpture master Michelangelo, is regarded as one of the best male human statues in the history of Western art.

David is based on the mythological story in the Old Testament. David is a character in the Bible. It was the king of Israel from 1010 to 970 BC. When he was in office, he overthrew the rule of the alien Philistines and united Israel. Michelangelo did not follow the scenes of the predecessors who showed David’s head under his feet after defeating the enemy. Instead, he chose David to meet the state of the battle. 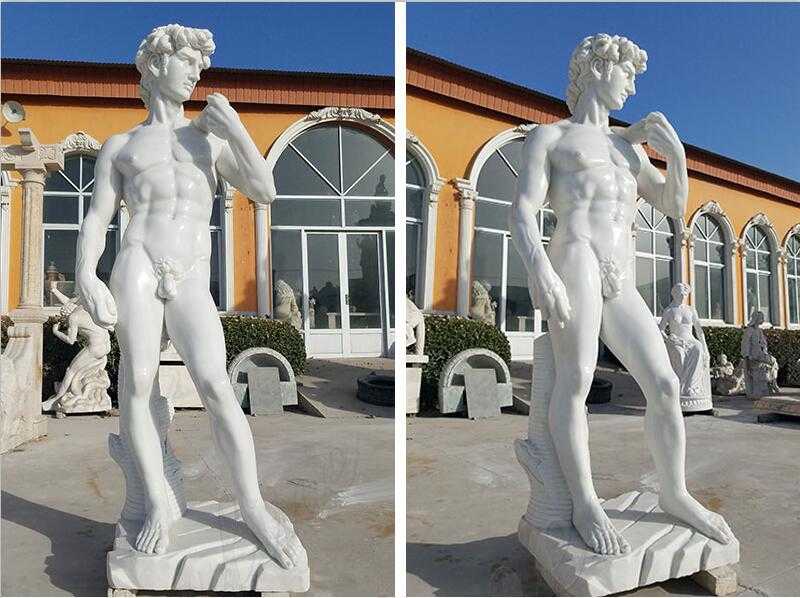 Michelangelo lived in the turbulent times of Italian society, and the tumultuous life made him doubt the era in which he lived. In addition to the painful disappointment, he devoted his own thoughts in artistic creation, and at the same time, he was looking for his own ideas and created a series of heroic figures like giants with great physique and strong bravery. “David” is the representative of this kind of thinking. 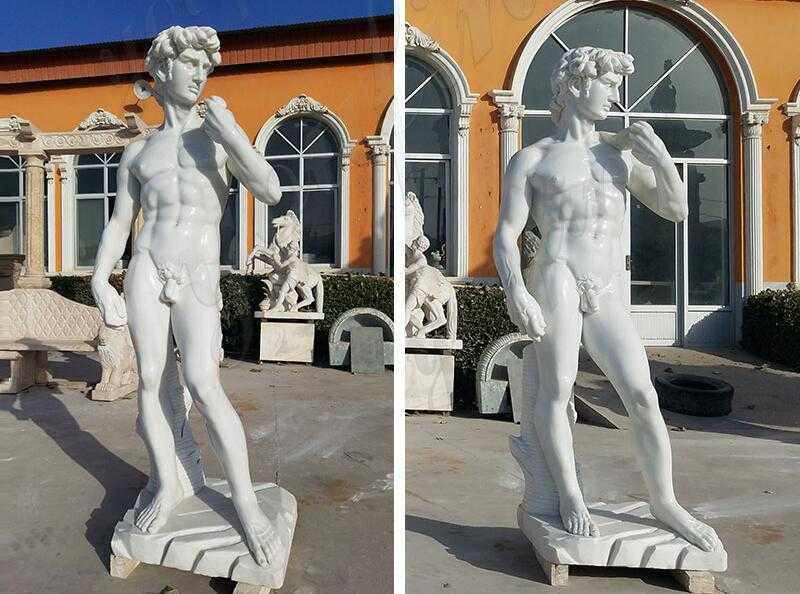 Michelangelo’s heart is full of passion and meditation. In his mind, David should not be a fledgling teenager, but a top-notch, imposing warrior who should appear before the world as a hero of Israel.

Flowers and wines are the joy of victory, but on the eve of the fierce battle, it is the coldness and silence of the battlefield and death, and this moment of battle is the best moment to reflect David’s fearless, brave and heroic spirit: The face of “David” is the most eye-catching perfection. 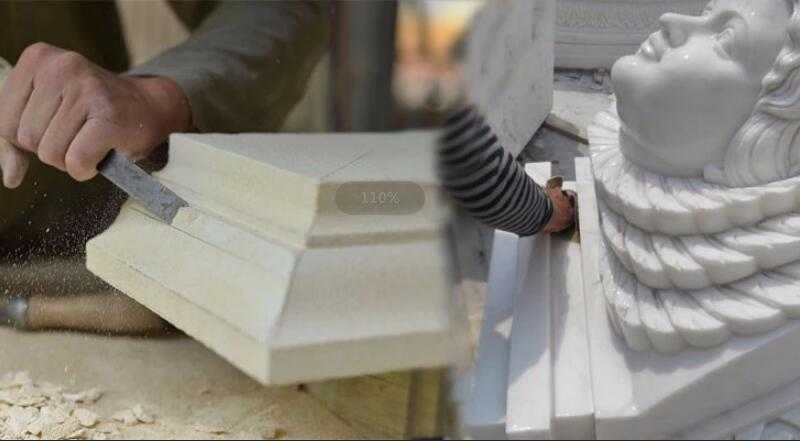 The gentleness and tenderness of the little shepherd boy can’t be found on his face. Instead, he is resolute and confident. His eyes are stunned, his eyes are straight ahead, his mouth is tight, his face is handsome and handsome, and he has the characteristics of the ancient Greeks. At the moment when he was preparing to attack Goliath, his heart was full of anger against the enemy and confidence in victory. He was calm and calm, and he was not nervous. 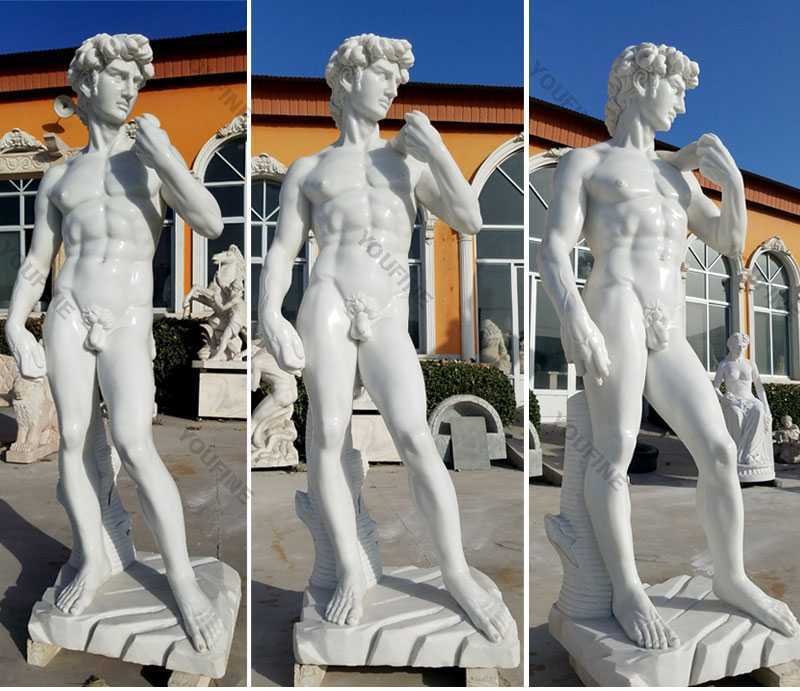 What is the symbolic meaning of the naked Famous Marble David Statue? Why are many sculptures in Europe naked?

The secularization of Western aesthetic culture began in the Renaissance. The Renaissance is the revival of ancient Greek culture. In the eyes of the ancient Greeks, the physical and sexual nature is beautiful. Therefore, in their works of art, the flesh and sex can be revealed and integrated with the divine nature of the gods, thus producing a nude idol sculpture as the main body of Greek art. 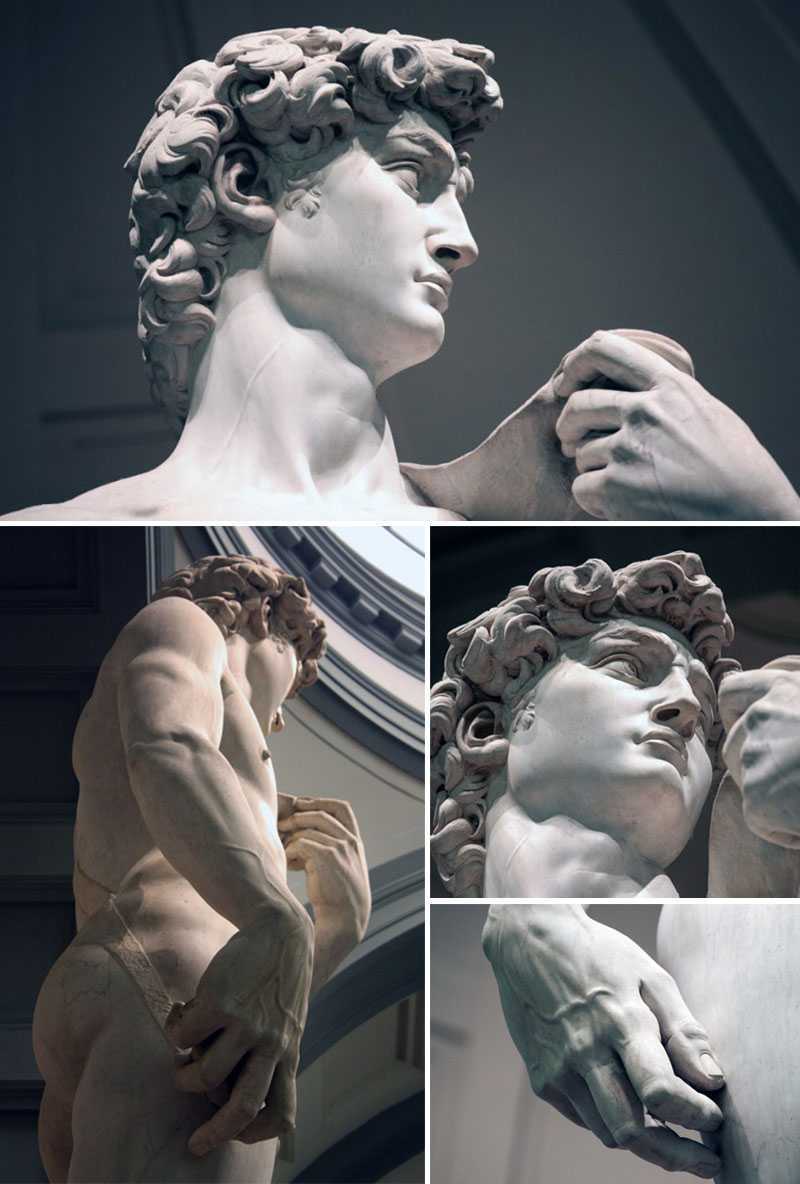 “David” is a concrete manifestation of the humanism of the Renaissance. Its praise to the human body is, on the surface, a “revival” of ancient Greek art. It essentially means that people have been freed from the dark medieval shackles.

Recognizing the tremendous power of people in transforming the world. Michelangelo injected great enthusiasm in the creative process, and not only created a statue, but the symbol of the liberation movement in art. As the highest state of an era sculpture artwork, “David Image” will always radiate inexhaustible brilliance in art history. 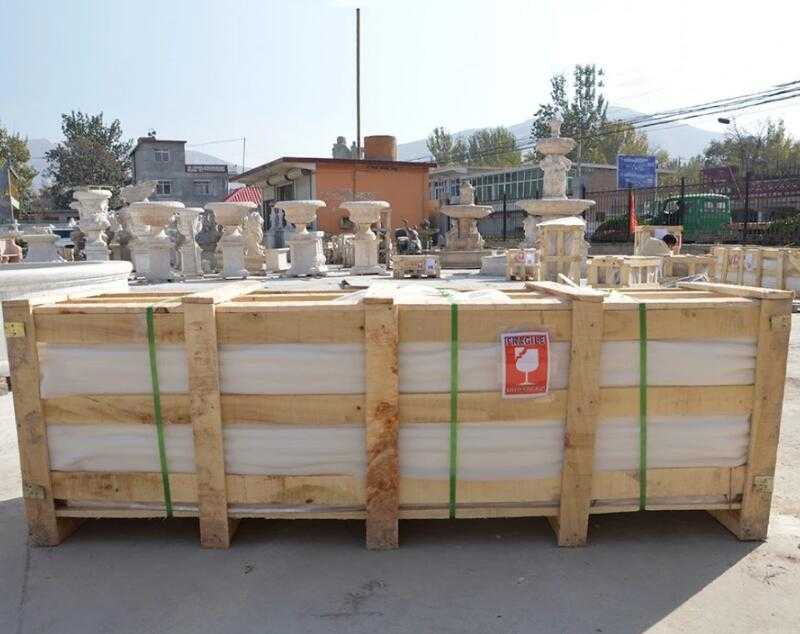 Michelangelo uses the human body as the main means of expressing feelings. His sculptures are powerful and powerful, fully embodying the vitalistic humanism spirit of the Renaissance.

So want to know more about Famous Marble David Statue or have some other requirements about the famous statue, please contact us right now!