This bronze St. Francis and the wolf statue depicts Francis finally taming Gubbio the wolf. Saint Francis is holding the wolf in his right hand, and there are small animals around him on the left side of his body.
Item No: BOK1-171
Size: Customized You Want
Material: Antique Bronze
Quality: 100% Quality Insurance
Package: Strong Wooden Crate
Technique: Hand Carved and Polished
Color: Pure White & Red Marble or Customized
Superiority 1: Free Custom Made
Superiority 2: Foundry Supplying Directly 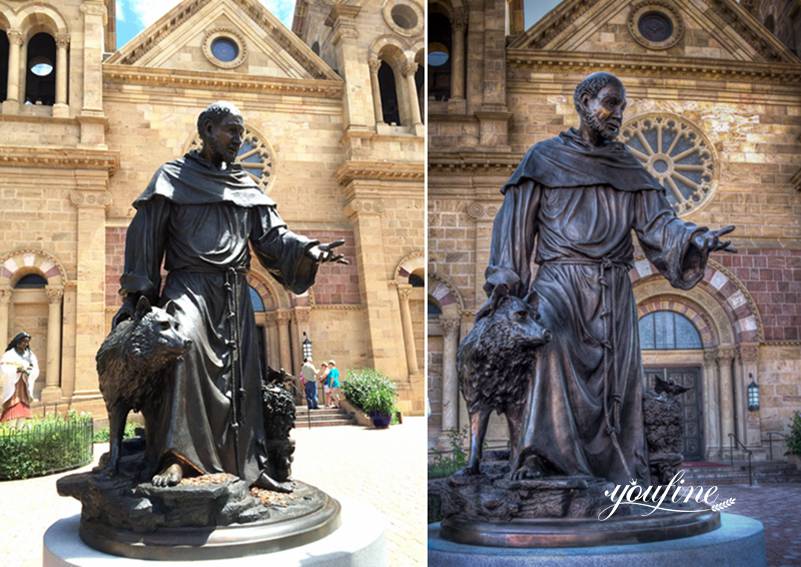 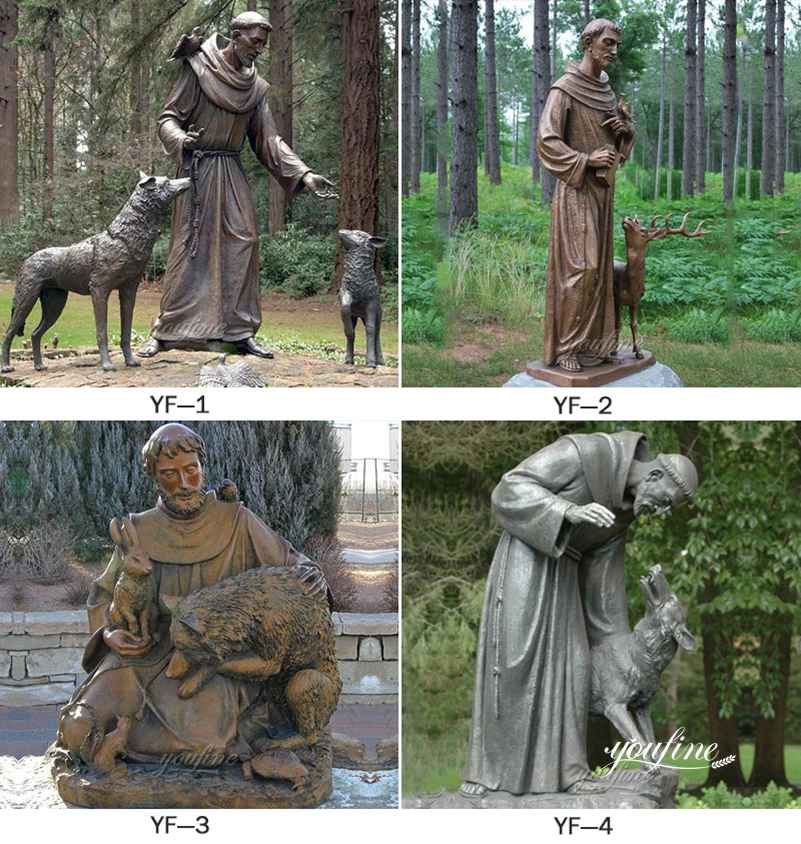 What Is the Story of Saint Francis and the Wolf?

The wolf of Gubbio was a wolf that, according to Fioretti di San Francesco of San Francesco, terrorized the Umbrian city of Gubbio until it was tamed by Saint Francis of Assisi on behalf of God.

Around 1220, when Francis was living in Gubbio, a ferocious wolf appeared in the country and began attacking livestock. When the wolf reaches adulthood, it could attack humans directly, and soon begins to exclusively feed on humans. Gubbio devoured everyone who tried to destroy him, so there was no one to tame and capture the wolf. Eventually, Francis announced that he wanted to see the wolf. The wolf opened his jaw and charged at Francis when he saw St. Francis. Francis crossed again and ordered the wolf to stop attacking in the name of God. The wolf trotted meekly to his side, lay down at his feet, and buried his head in Francis’ hands. 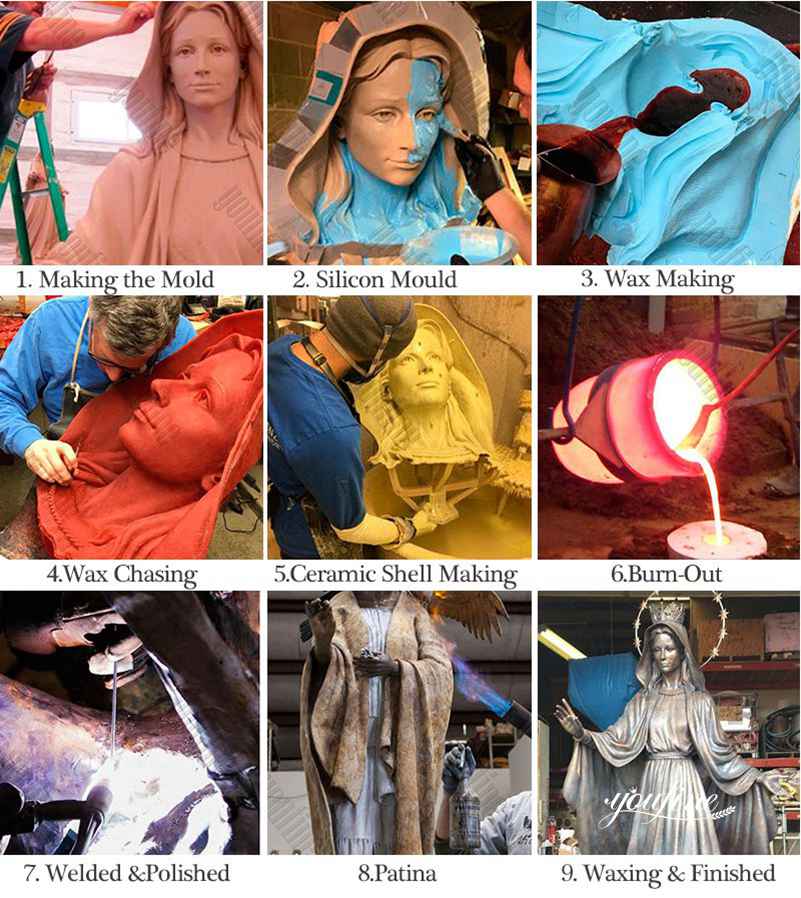 YouFine is a professional bronze sculpture casting factory, which could restore this famous bronze St. Francis and the wolf statue to a high degree. Our factory could ensure 100% similarity to the original. We would use the traditional lost wax method to cast all the bronze sculptures. It is one of the most primitive and oldest ways to make bronze sculptures. At the same time, our factory also has professional masters who have learned carving techniques since they were young, so they have very rich experience. 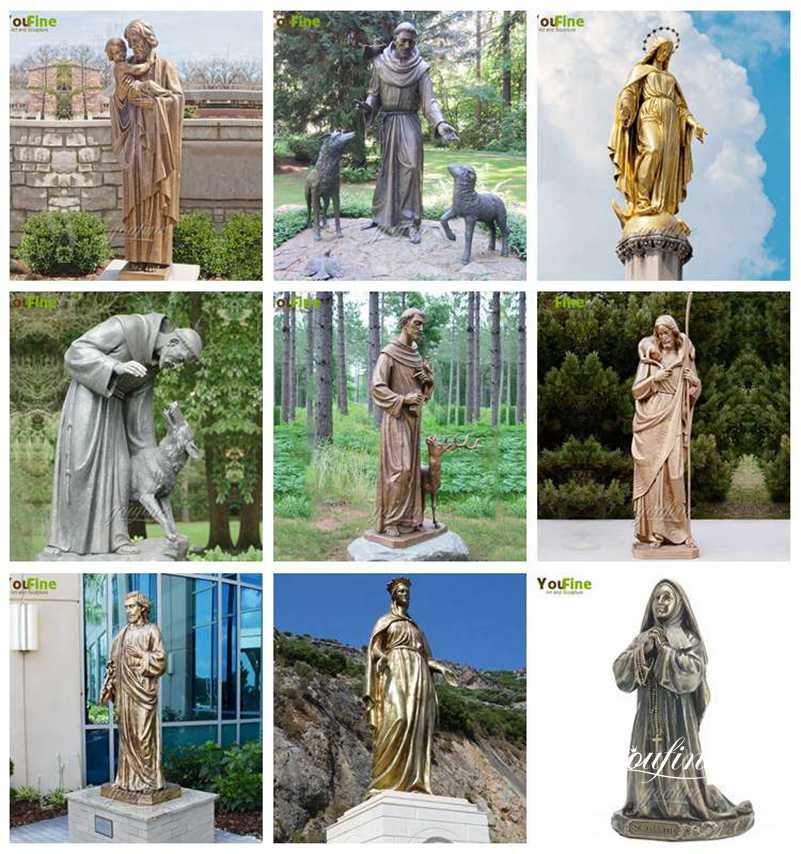