You can tell which chinese lion statue is which by examining what’s beneath the paws: the male dog holds a ball; the female dog holds a puppy.The chinese lion statue has its impressive, often colourful appearance and has become a favorite of Western decorators, but its history has been chasing ancient China for thousands of years.
Item No: MOKK-118
Keyword: Chinese Lion Statue
Material: Marble
Production Time: 20-30 Days
Widely Used On :Used On Yard,Garden,Industry,Neighborhoods
Advantage: Factory Supplying Directly
Place Of Origin: Hebei,China (Mainland)

This Chinese Lion Statue couple is suitable for metal feng shui element direction doors, or North front door (Hydro Feng Shui elements benefit from metal energy) like the northwest or west. Male Fu Dog (the man who holds the Earth) is always put on the men or the dragon side of the house (the right side of the main door). 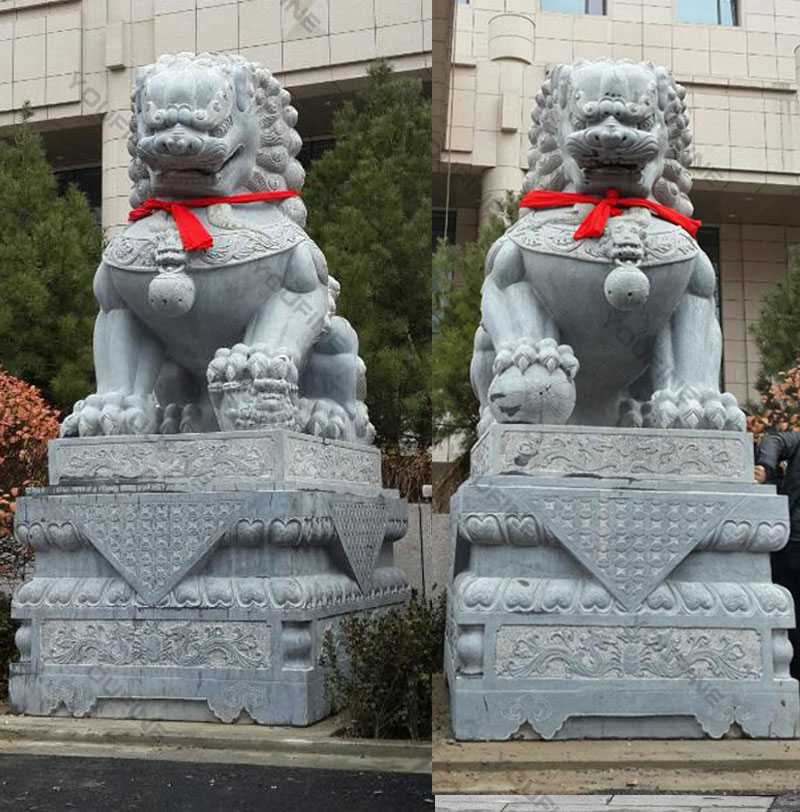 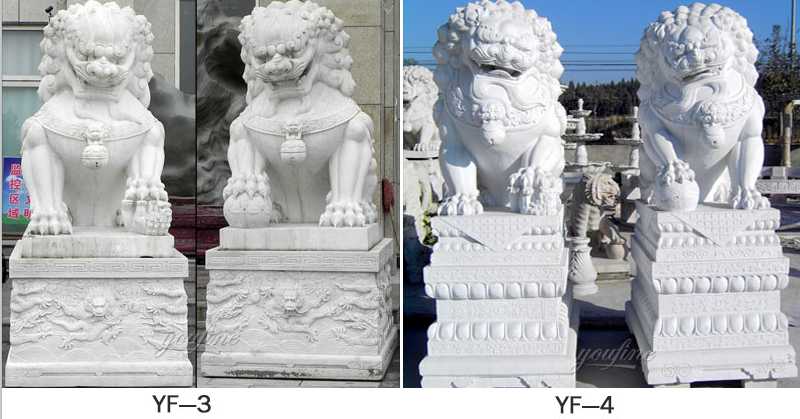 A beautiful replica of the Chinese Lion Statue who stood in front of an important Chinese imperial building from the Han Dynasty in 206 BC. Designtoscano 9 inch Chinese guardian Lion Fu Dog statue: Women Protect your home. Cast in high quality resin to capture details including calves under her left foot, Foo’s dog is highlighted with a warm bronze finish. 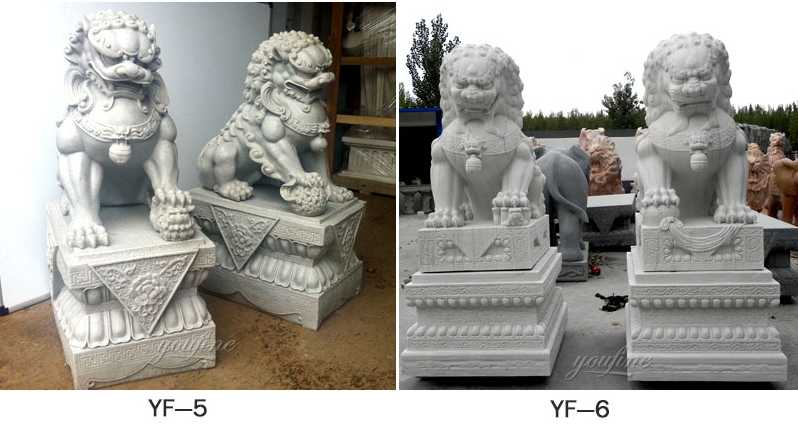 The Chinese Lion Statue has its impressive, often colourful appearance and has become a favorite of Western decorators, but its history has been chasing ancient China for thousands of years. If you have ever stolen these creatures and you have been wondering about them, here are seven things to know about Foo dog. 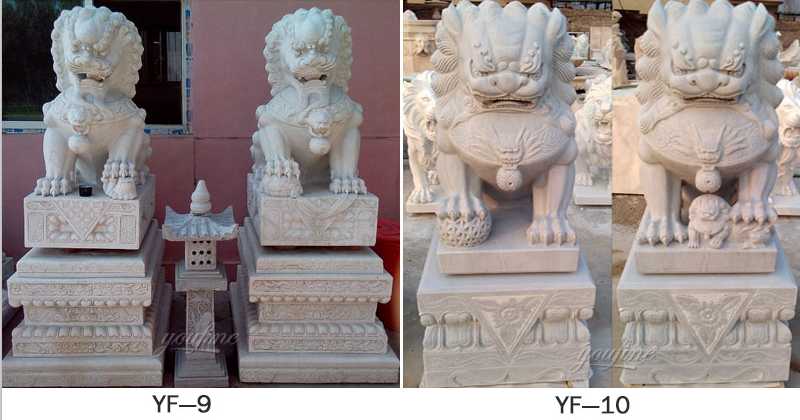 The advantage of our Chinese Marble Lion Statue:

1.From ages, marbles have been used to demonstrate different abstract art form coming from different cultural backgrounds. Marble due to its quality of being slightly translucent is ideal for people statues because it induces realism to some extent.

2.Our factory is dedicated to doing special things, and the marble sculptors are carving different kinds of animal marble statues all the year round, which could perfectly show the essence of the characters.

3.We use strict packaging and cover all the risk to ensure that the Chinese Marble Lion Statue arrives safely in your hands. We would use strong wood case to pack the product, the thickness of the wood is 3cm, and it is double thickness than the common package.

So if you want to know more about foo dog statue, or have requirement about Chinese Lion Statue , please contact with YOU FINE ART SCULPTURE, focusing on marble carving since 1983.