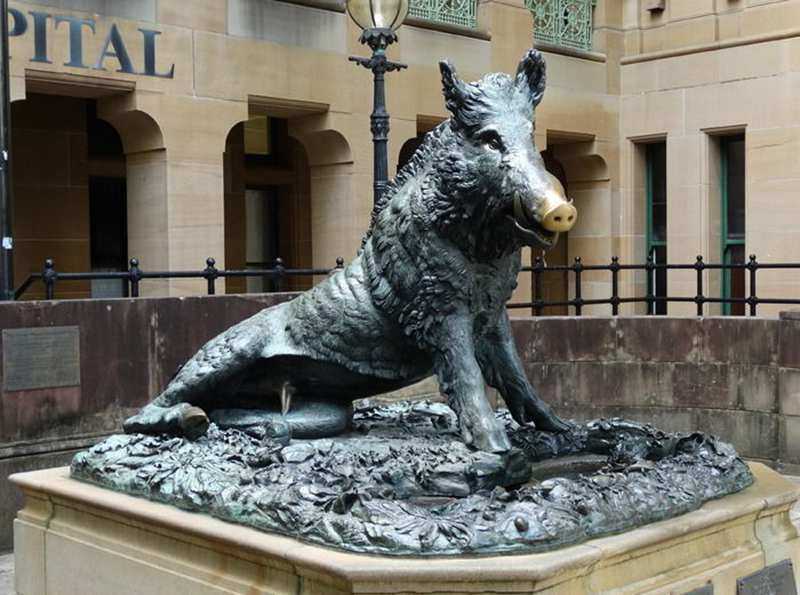 Located on the southern tip of Vancouver Island in southwestern Canada, Butchart Gardens is the capital of British Columbia, Canada. It is known as the “Garden City”. There are more than 50 parks in the city, but the Butchart Gardens in the northern suburbs are 21 km away. It is famous in the world of gardening. In 2004, it was also named “Canada National Historic Site”.

This Bronze Wild Boar Sculpture is located in the Butchart Garden and has attracted the attention of many tourists. It has been loved by people and has become one of the famous sculptures in this garden and even in Canada. 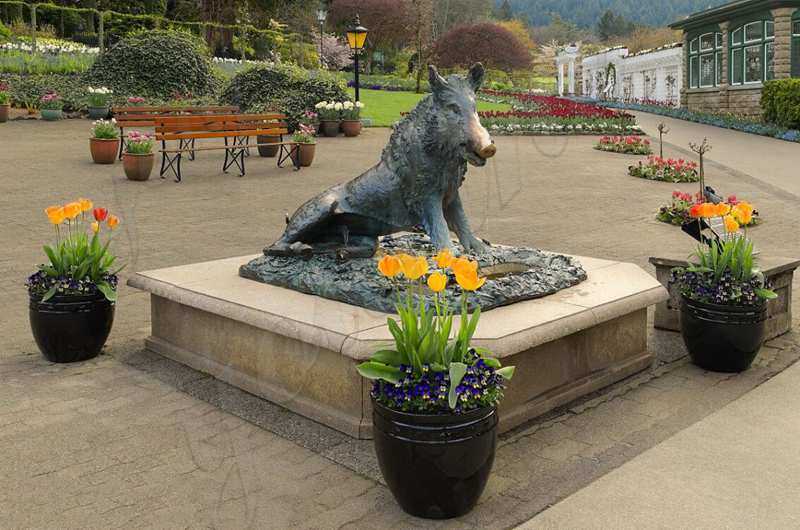 The Butchart Garden Visitors Guide shows that the garden was built in 1904 and the founder, Jane Butchart, only landscaping the limestone pits that his husband had run and that had been abandoned at the time. Mrs. Butchart frequently travels around the world to collect many exotic flowers and trees, cleverly matched and carefully planted, so that the more flowers on the original site of the pit, the more beautiful the sinking garden. Subsequently, in the 53-hectare waste mine area, a number of parks have been expanded, eventually forming a 22-hectare Butchart garden. In the 1920s, this garden received about 50,000 visitors a year.

Butchart Gardens has been in its 114th year. Today, the garden is still owned and operated by the Butchart family. Nearly 100 gardeners and 600 professional gardeners work year-round, carefully maintaining the sunken garden and roses. The garden, the Italian garden, the Japanese garden, the 5 gardens of the Mediterranean garden and the 26 greenhouses for cultivating flowers, from March to October every year, the Butchart Gardens have nearly one million different flowers that continue to bloom, all over the world. More than one million visitors came to enjoy the flowers. 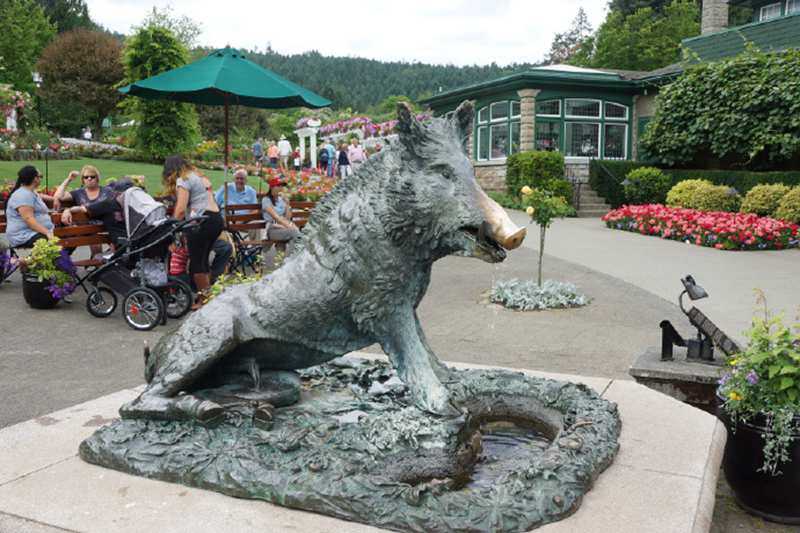 In any of the campuses of the Butchart Gardens, standing in any direction of the garden, you will be greeted by a beautiful picture. The beauty of this garden seems impeccable, and the story behind this garden gives more inspiration.

Back in 1888, Robert Pim Butchart, born in Ontario, Canada, was 23 years old. He co-organized the Portland Cement Plant with his friends. In 1902 he came to Victoria and found a rich lime deposit in the Tothaikou. The Butchart family then moved from Owen Sound, Ontario to a new cement plant. After two years, the limestone mining was exhausted, leaving a pit more than 20 meters deep.

In the face of this abandoned mine pit and a messy mine, Mrs. Butchart was uneasy. She began to sprinkle some roses and pea seeds around the house. The flowers and green leaves that surprised her surprised her. The dream of establishing a garden on the waste pit, with the support of her husband, they flattened the waste pit, laid the loam, planted a variety of flowers, planted shrubs and herbs such as ivy and white spider and flowering hawthorn on the inclined wall of the pit. Plants, which also poured clear water into deeper pits, built garden ponds, which formed a well-respected sinking garden. They built five gardens. With the gorgeous turn of the abandoned quarry, Mrs. Butchart finally realized her dream. For more than a century, the Butchart family has worked tirelessly for generations. Today, the Butchart Garden has become one of the ten most beautiful gardens in the world, with an average of more than one million visitors plus flowers and flowers. Derivative services such as consulting, restaurants and cafes have considerable economic benefits. This garden has been awarded the “National Historic Site of Canada” in recent years, which is due to its unique development process from “mine pit” to “garden” and the development model of environmental governance.

This Bronze Wild Boar Sculpture in the Butchart Garden is now bright and radiant with the constant stroking of visitors. Butchat Garden is not only a stunning garden, it is also a model of environmental governance and sustainable development with profound humanistic connotations. It is inspiring and contemplative. 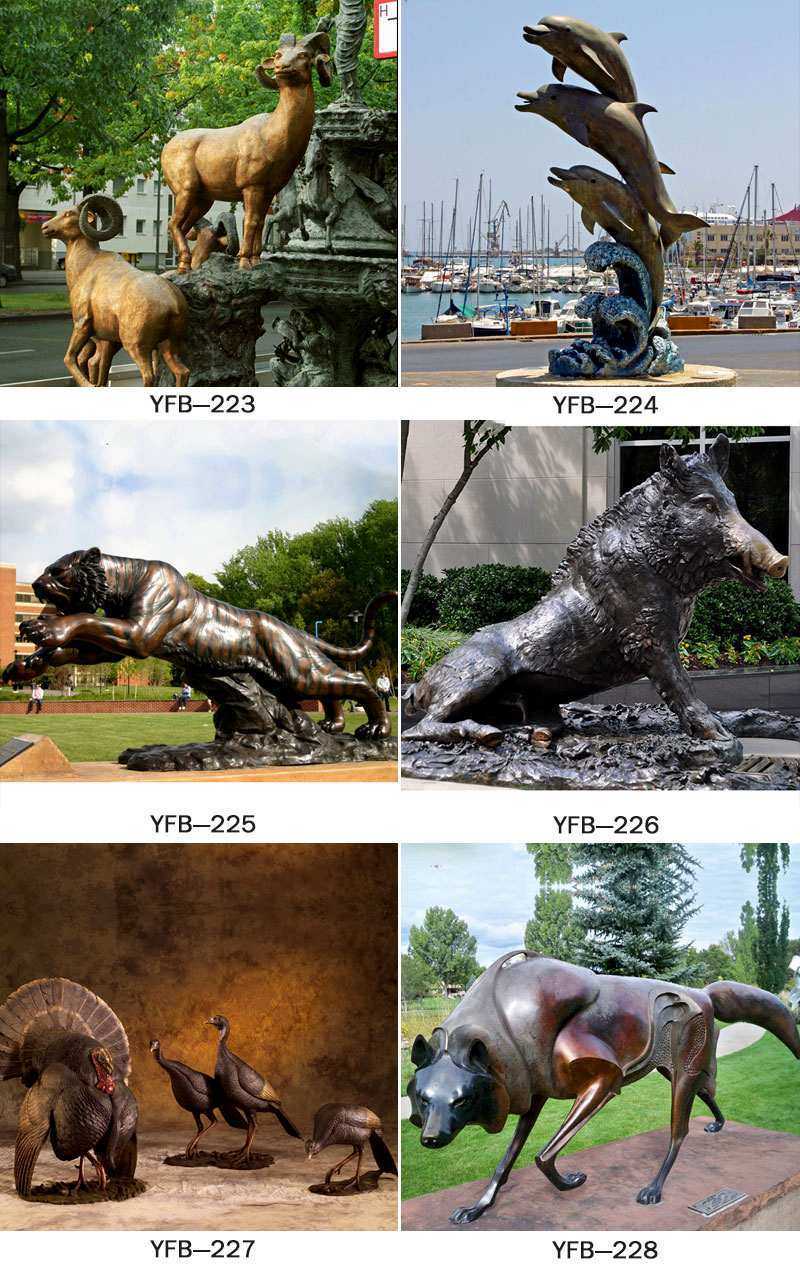 At You Fine Art Sculpture, we are focusing on making casting bronze animal statues for 30 years. Our professional bronze masters have many years experience on bronze animal casting, so they could make this Bronze Wild Boar Sculpture more vividly. For each bronze statue, we use the traditional “Lost Wax Process” to ensure the highly restore the every detail of the statue we made. And all of our bronze statue products are cast from the highest quality bronze materials, containing 80% bronze and 20% other metals materials.