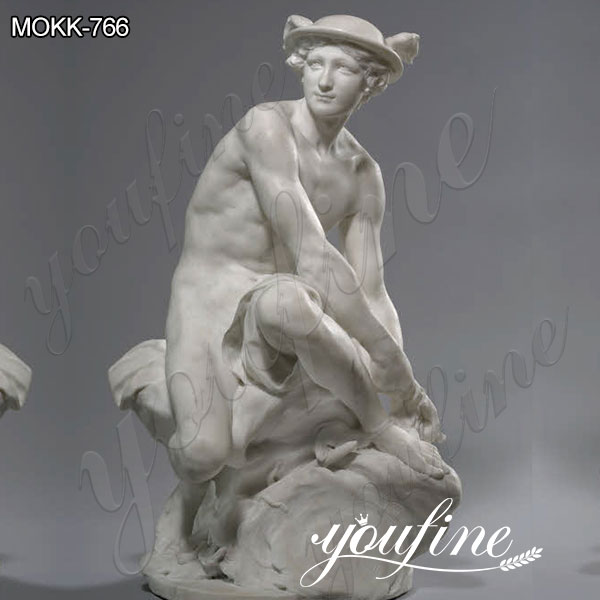 Who Is God Mercury?

Mercury is the major god in Roman religion and mythology, and one of the twelve Dii Consentes in the Pantheon of Ancient Rome. He is the god of financial gain, commerce, eloquence, messages, communication (including divination), travelers, borders, luck, scams, and thieves. And he also acts as a guide for the soul to the underground world. He was considered the son of Maia. Maia was the daughter of Titan Atlas and the son of Jupiter in Roman mythology. 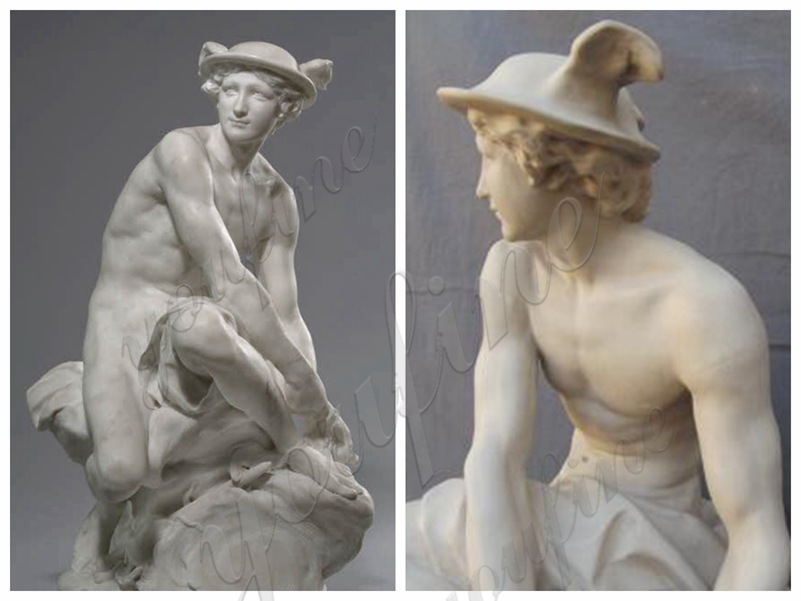 This classic Mercury Attaching His Wings Statue is one of Jean-Baptiste Pigalle’s famous sculpture artworks. Mercury, the messenger of the gods, is sitting on a rock, preparing to leap. He is attaching sandals with wings, plus a hat with feet and calves, which can make him fly. God’s twisted posture and movement of his limbs make it interesting to observe the work from all angles.

Mercury didn’t look at the place where he attached the winged sandals, and his sight was level with the horizon, but the meeting of his arms and one foot highlighted his gesture. This gives a dynamic impression that Mercury is about to fly into the sky. The position of the left foot and the weight on the toes also hinted that the messenger god was ready to take off. 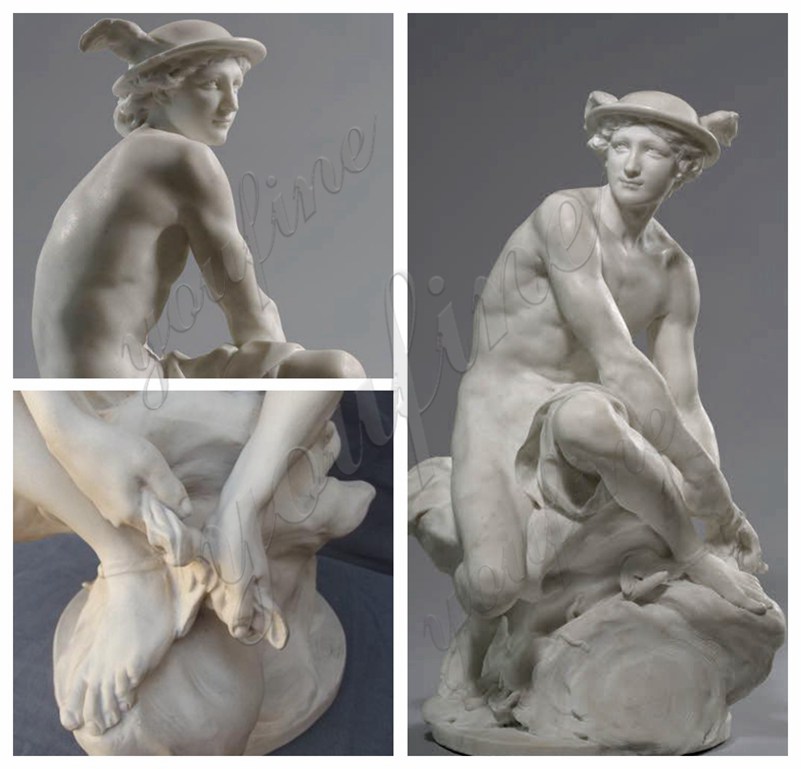 The pose of this Mercury Attaching His Wings Statue may be inspired by the Mercury and Argus of Jacob Jordaens. Jacob Jordaens is a Flemish painter in the 17th century, and his work is popular with prints.

However, the application of diagonal lines and the multiple views provided by the sculpture in the circle add vitality to Pigalle’s Mercury Attaching His Wings. The torso of Mercury is a variant of Belvedere Torso (in the Vatican). The antique marble fragments of this muscular seated statue have the power to fascinate Michelangelo and continue to attract artists and art lovers.