What Is the Most Famous Greek Sculpture?

Home » Blog » What Is the Most Famous Greek Sculpture?
Site Search:

What Is the Most Famous Greek Sculpture? 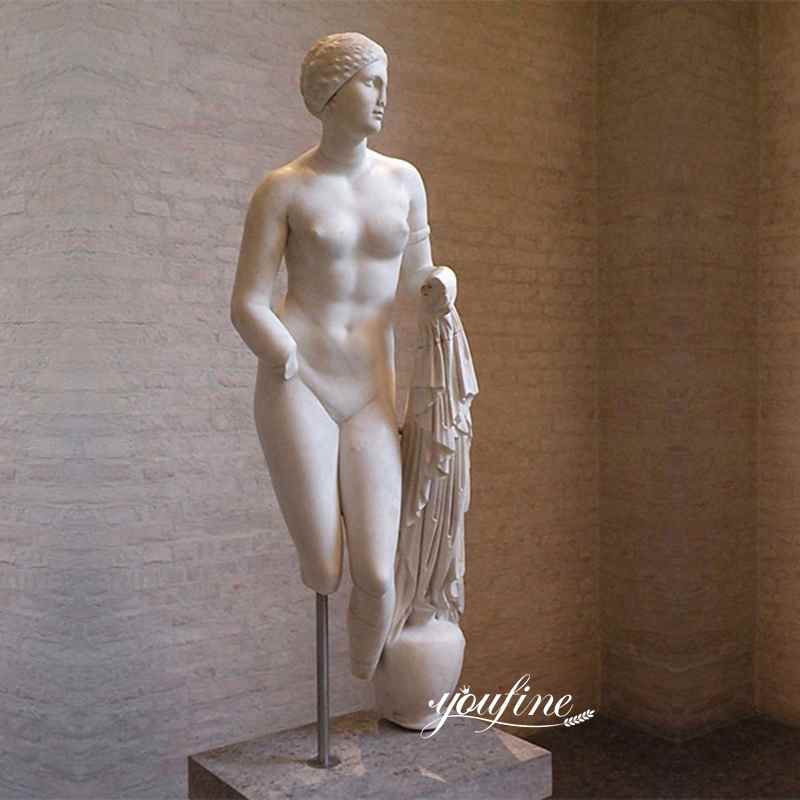 Greece, the birthplace of Western civilization, has much to be proud of. They developed many of the modern services and concepts we still use today, such as meeting rooms, bathrooms, philosophy and drainage systems, to name a few. In fact, these are the inspirations they sought from these Greek gods. Therefore, we can find that many of the tools and services we use in modern times can actually be found in the lives of people in ancient times. 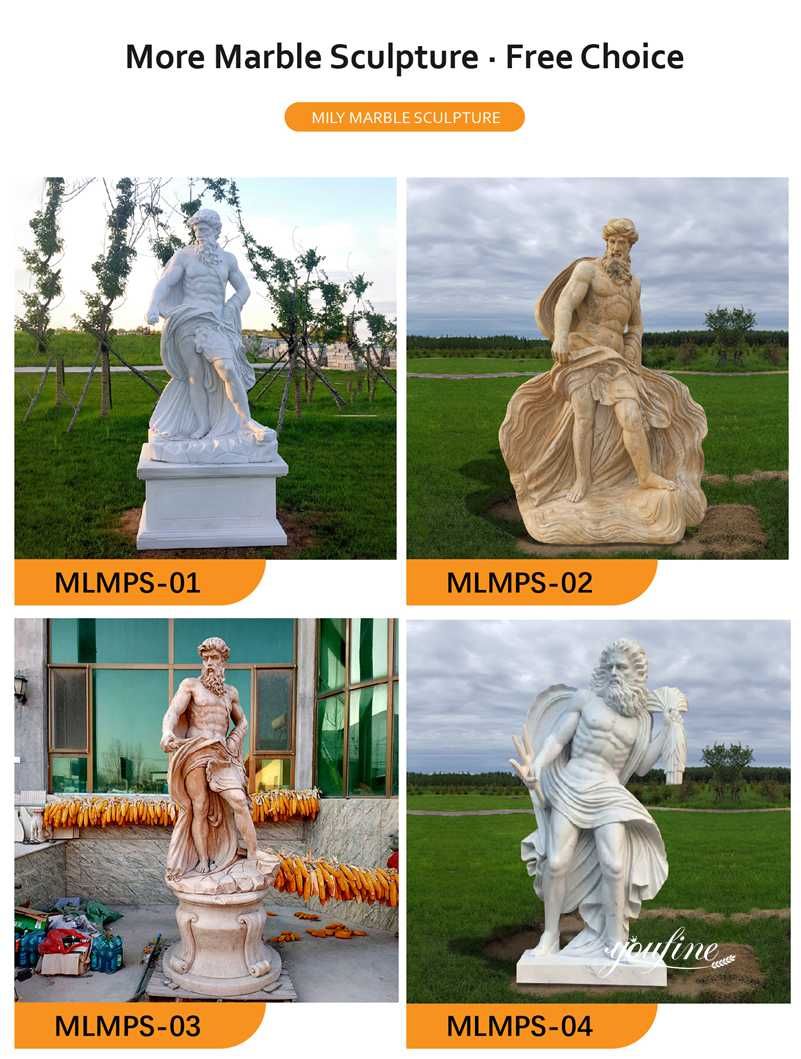 Poseidon, in the ancient Greek religion, was the god of the sea, earthquakes and horses. He is distinct from Pont, who is the personification of the sea and is the oldest Greek god of water. The name Poseidon means “husband of the earth” or “lord of the earth”. Traditionally, he was the son of Kronos (the youngest of the 12 Titans) and Rhea, the sister of Kronos and goddess of fertility. Poseidon was the brother of Zeus, the ancient Greek god of the heavens and lord, and the brother of Hades, the god of the underworld. His weapon and main symbol was the trident, perhaps once a fish spear. Poseidon’s trident, like Zeus’s thunderbolt and Hades’s helmet, was built by three Cyclopes. Please click here for details of the Poseidon statue. 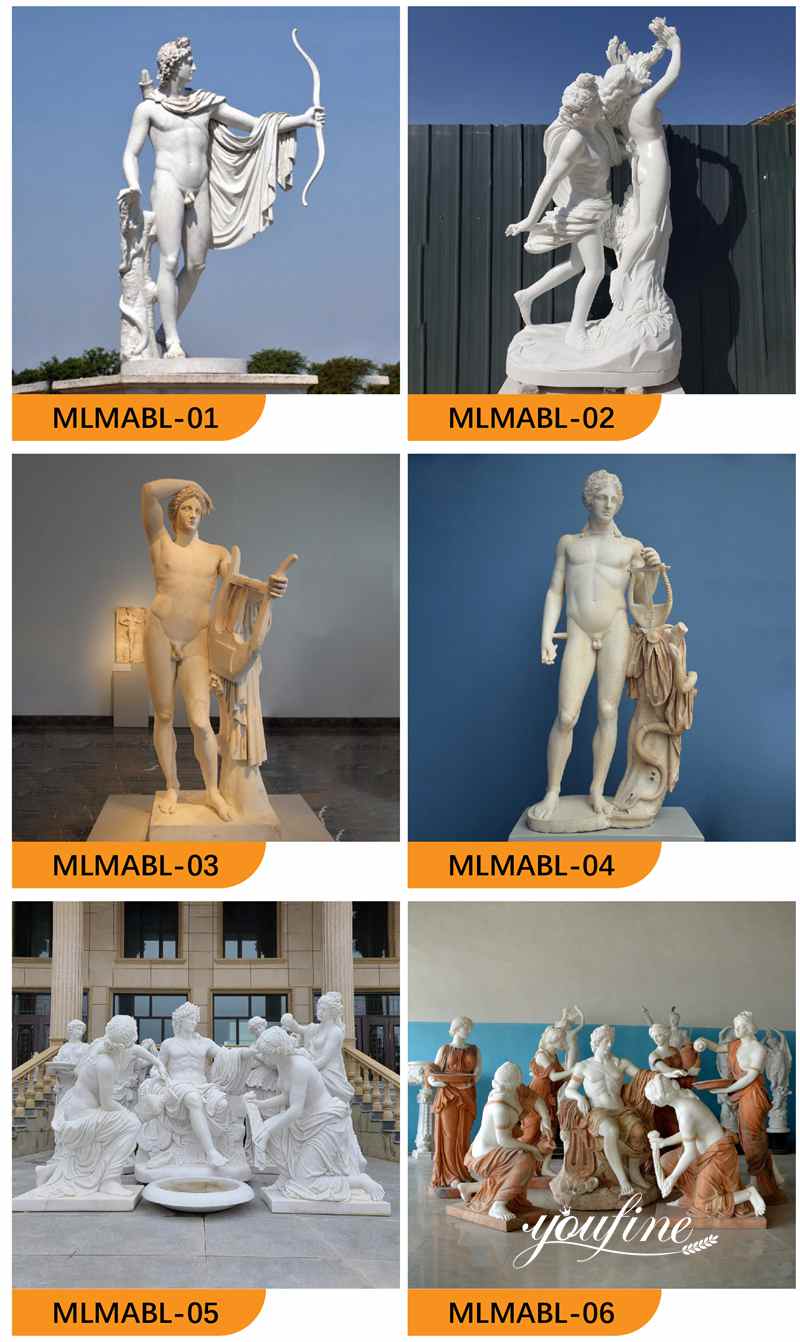 Apollo was the Olympian god of prophecy and oracles, music, song and poetry, archery, healing, plague and disease, and protection of the young. He is depicted as a handsome, beardless youth with long hair and attributes such as a laurel wreath and branch, a bow and quiver of arrows, a raven and a lyre. Greek mythology has many stories about Apollo in the morning. Among them, there are many statues about Apollo, for example, Apollo and Daphne statue, Apollo bathing statue, and so on. 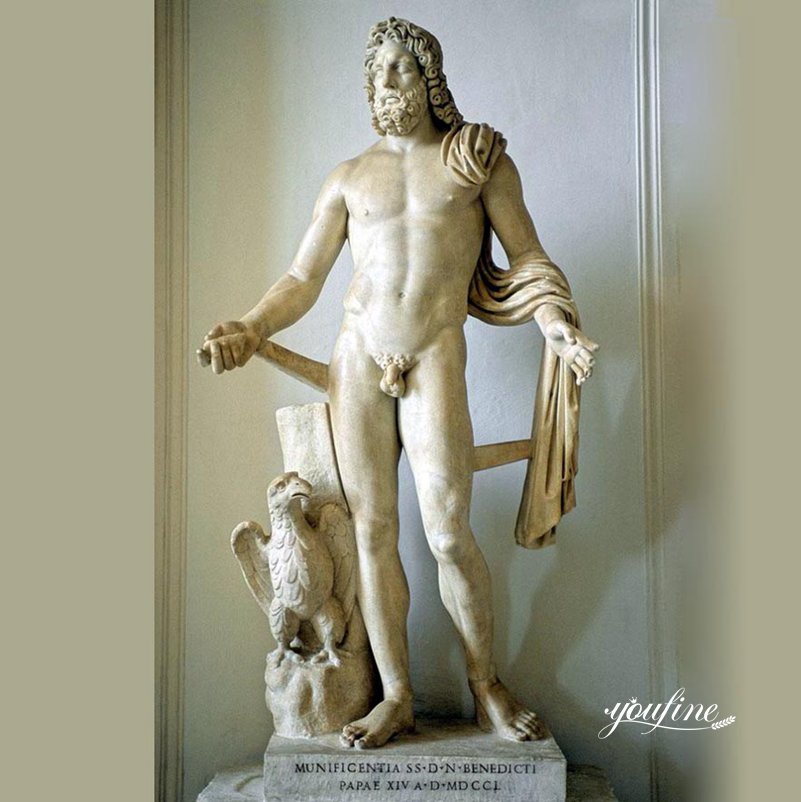 Zeus was the god of the sky and thunder in the ancient Greek religion and ruled as the king of the gods of Mount Olympus. His name is synonymous with the first element of the Roman Jupiter. His mythology and powers are similar, but not identical, to those of Indo-European deities such as Jupiter, Percunas, Perun, Indra, and Dias. He is known as the father (i.e., ruler and protector) of gods and men. 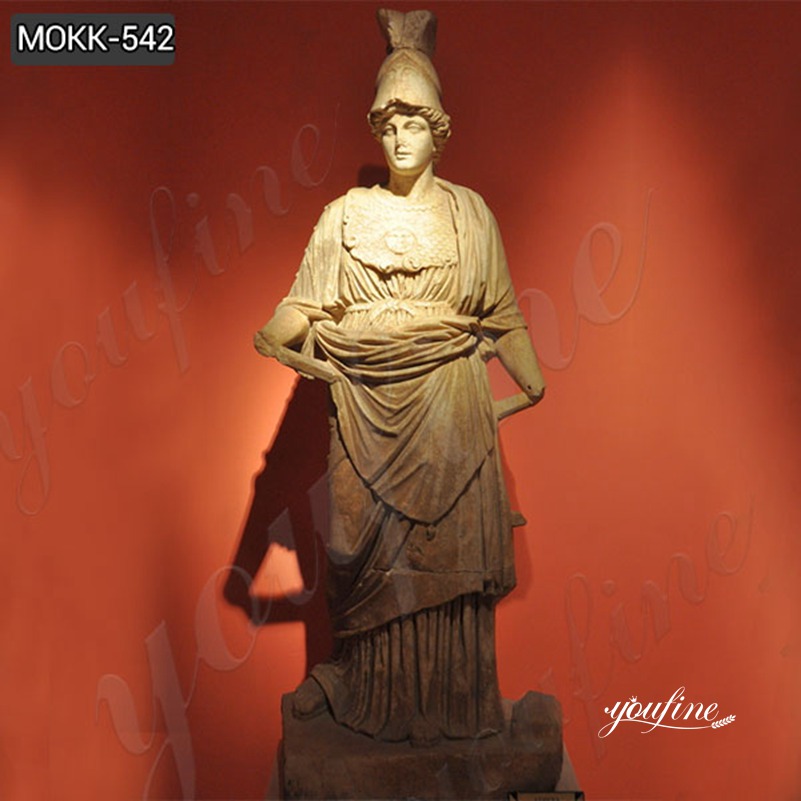 Athena was the Olympian goddess of wisdom and war and the worshiped patroness of the city of Athens. As a virgin goddess, she was also – somewhat paradoxically – associated with peace and crafts, especially spinning and weaving. Majestic and stern, Athena surpassed all others in both of her major fields. In fact, even Ares feared her; all Greek heroes looked to her for help and advice. Athena’s name is closely associated with the name of the city of Athens. The ancient Greeks debated whether she was named after the city or the other way around. Modern scholars usually believe it was the former. 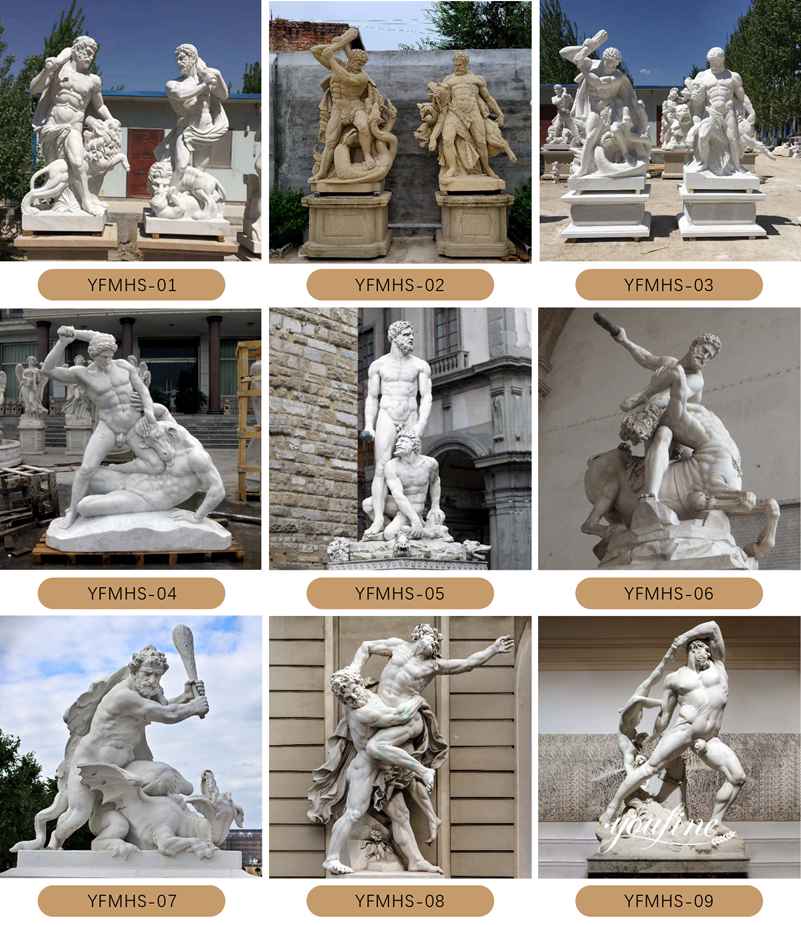 Heracles is the Greek equivalent of the divine hero Heracles, the son of Jupiter and the mortal Alcmene. In classical mythology, Hercules was known for his strength and countless long-distance adventures. Thus, Hercules is one of the most famous heroes in Greek and Roman mythology. His life was not an easy one; he endured many trials and accomplished many difficult tasks, but his suffering was rewarded by the fact that he would live forever among the gods of Mount Olympus. For more Heracles statue details, please click here. 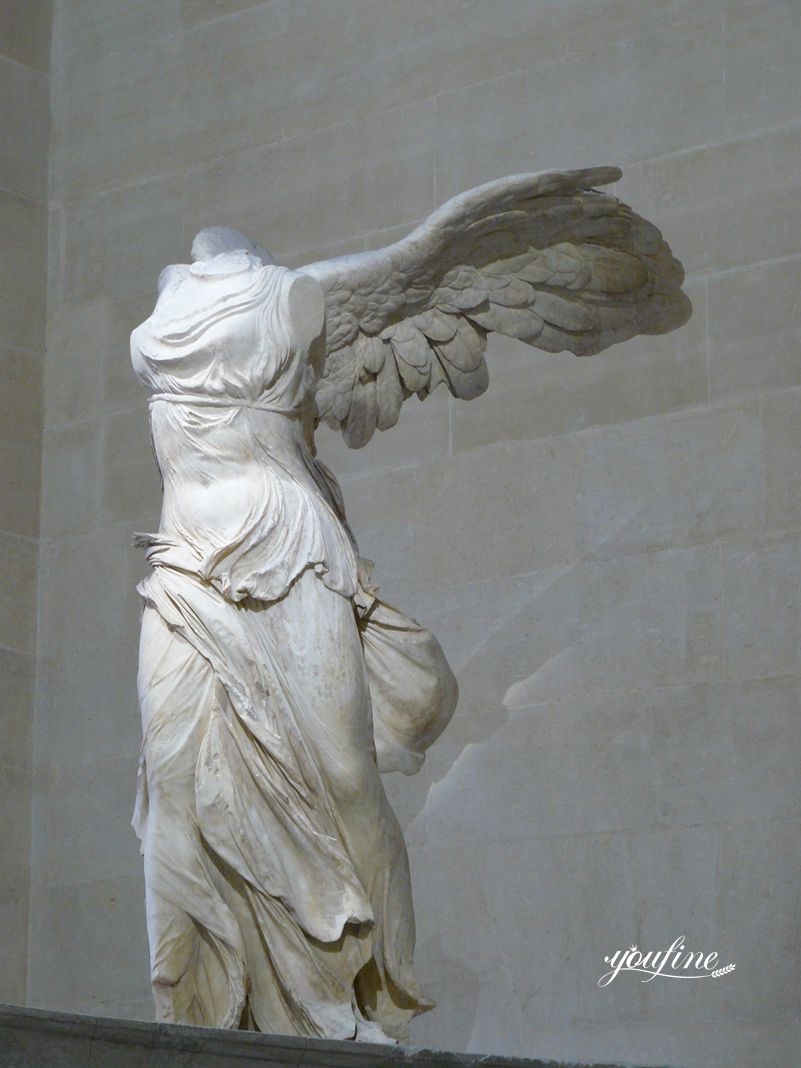 In Greek mythology, Nike was a goddess who represented victory in any field, including art, music, war, and athletics. She is often depicted in Greek art as a winged triumph in the act of flight. However, when she is depicted as an attribute of another deity, she can also appear without wings as the “wingless triumph” Athena. In Greek literature, Nike is depicted as an attribute and attendant of the gods Zeus and Athena.

As an attribute of Athena, the goddess of wisdom and Zeus, Nike is depicted in art as a small figure held in the hands of those gods. Athena Nike always has no wings. Only Nike is winged. She sometimes appears with a palm branch, a garland of flowers, or the scepter of Hermes as a messenger of victory. 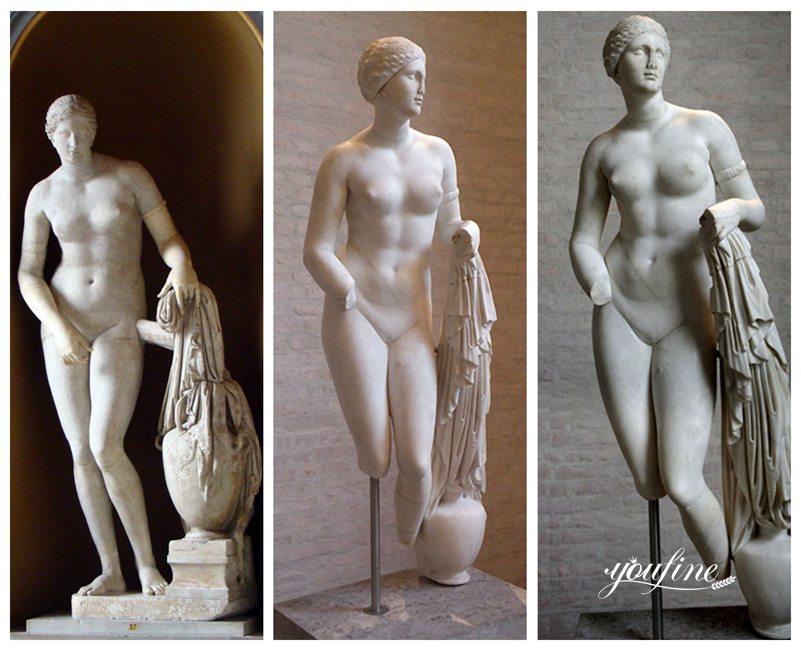 Aphrodite, the ancient Greek goddess of sex and beauty, was identified by the Romans as Venus. In his Genealogy of the Gods, Hesiod mentions that Aphrodite was born from the white foam created by the severed genitals of Uranus (heaven) when his son Cronus threw them into the sea. Indeed, Aphrodite was widely worshipped as the goddess of the sea and navigation; she was also revered as the goddess of war, especially in Sparta, Thebes, Cyprus and elsewhere. However, she is known primarily as the goddess of love and fertility, even occasionally officiating at marriages. Although prostitutes considered Aphrodite their patron goddess, her public worship was usually solemn, even austere. 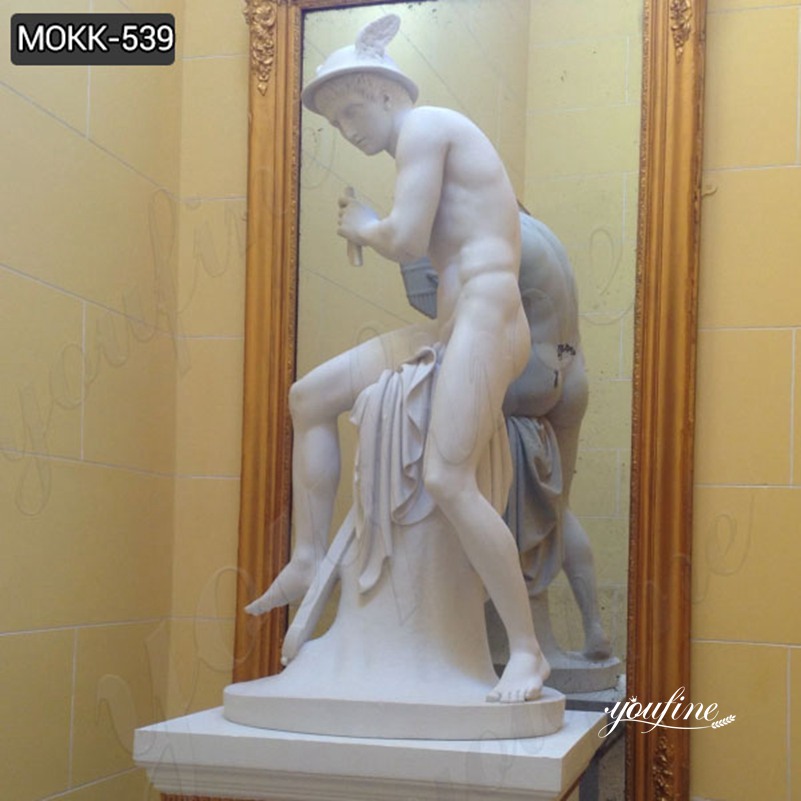 Hermes was the ancient Greek religious and mythological god of Olympus. Hermes was considered to be the messenger of the gods. He was also considered the protector of human messengers, travelers, thieves, merchants, and orators. With the help of his winged sandals, he was able to move quickly and freely between the mortal and divine realms. He was the second-youngest Olympian god, son of Zeus and Maya, daughter of one of the Seven Pleiades and the Titan Atlas.