What is the origin of the history of marble lion statues?

Home » NEWS » Company News » What is the origin of the history of marble lion statues?
Site Search:

What is the origin of the history of marble lion statues?

We all know that the lion has a mighty appearance. It is regarded as a beast in ancient Indian Buddhism. In the architecture of the traditional Buddhist temple, a pair of stone-carved stone lions stand on both sides of the gate and sit as guardians. In fact, whether it is an Eastern country or a Western country, the lion is regarded as the king of beasts. In particular, lions are native to Western countries, and stone lions are seen in ancient temples or royal palaces in Western countries. This shows that people are in awe of the lion. 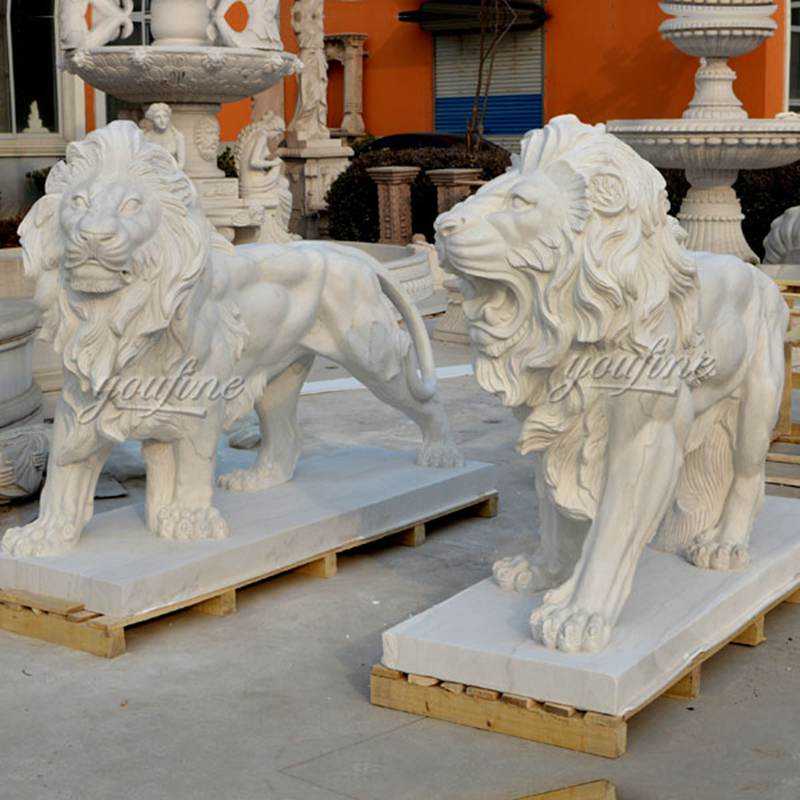 What is the meaning of a stone lion’s mouth? We often see the appearance of some marble lion statues in pairs, it is a mouth open, and one is closed. Why is this?

In China’s feng shui, water and money are the most closely related. Water is a flowing thing. Just as money has come and gone, there are investments that have returns. As long as the investment is appropriate and the business is successful, there is always a gain in the work. In urban feng shui, street roads are regarded as rivers, and the “airflow” generated by the road directly affects the banks and influences the performance of the business. 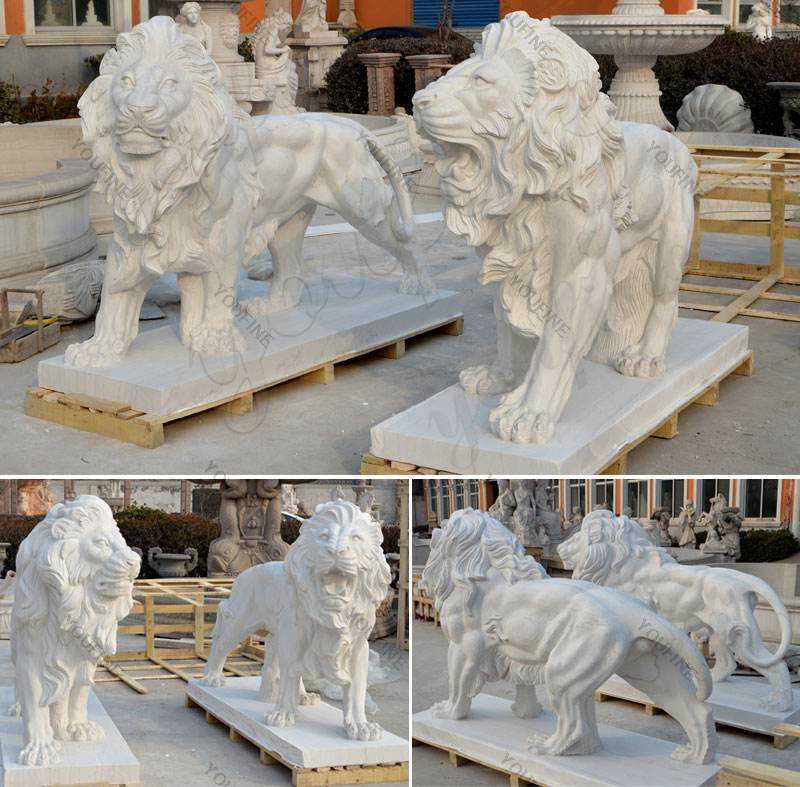 In traditional Chinese folk customs, the lion is the beast of the town house, which has the effect of warding off evil. And the lion’s mouth is opened and closed, and the two represent the meaning of acceptance. The marble lion statues placed at the gate of the bank has always had a lion’s mouth open and a lion’s mouth closed. 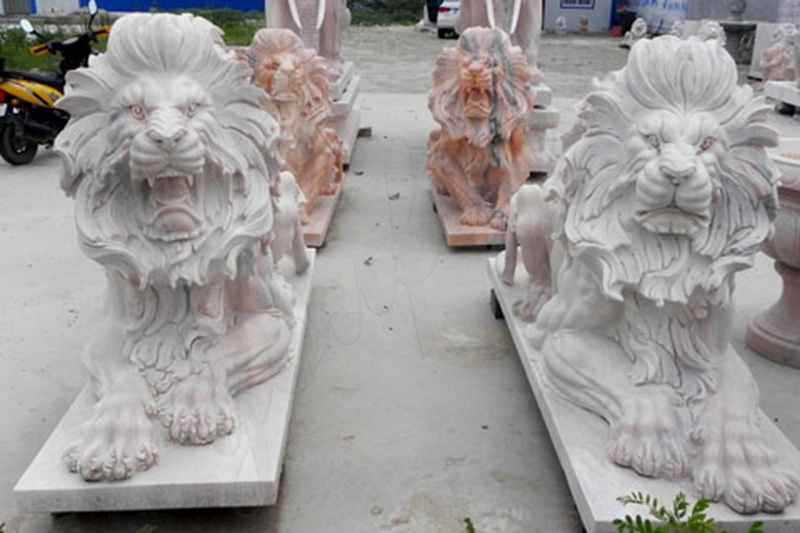 The lion statues with its open mouth symbolizes the gathering of property. The closed stone lion is a symbol of the protection of property. It means that money can only eat and not vomit, but can only enter, and only earn no loss. Therefore, the stone lions at the gate of the bank embodies the hopes and wishes of the operators. They hope that the bank’s business can get better and better.