Why are Chinese Foo Dog Statues in Pairs?

Why are Chinese Foo Dog Statues in Pairs? 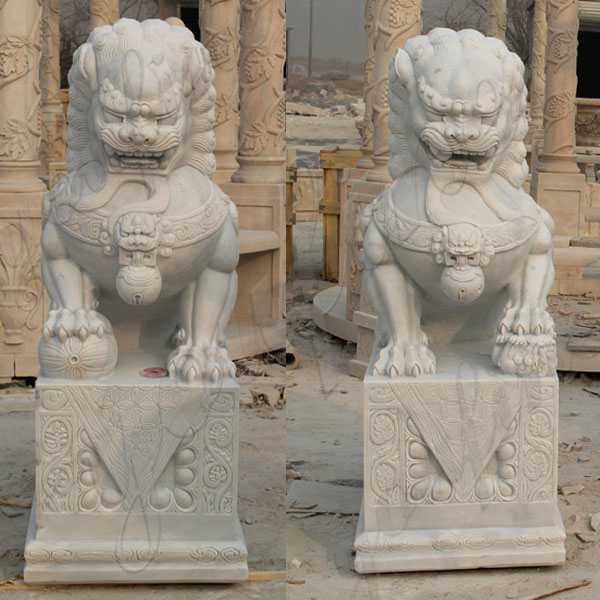 The statue of the Foo Dog Statue originated in ancient China. The lion is strong and majestic. The hair is brownish yellow. The male lion has long hair on the neck and is loud and loud. It is produced in Africa and western Asia. Predation of zebras, giraffes, antelopes and other large animals, known as the “Beast King.”

In ancient China, because of the esteem of the lion, the lion was a noble and majestic beast in people’s minds, and soon became the subject of Chinese carving art. Thus, the tombs of the emperors and the tombs of the nobles in the Han and Tang Dynasties began to have traces of stone lions. At this time, the use of stone lions is not widespread. It only appears in front of the mausoleum, often placed with stone statues such as stone horses and stone sheep. The purpose is to create awe.

After the Tang and Song Dynasties, stone lions were widely used by the people, and stone lions were more and more common in front of the gates. The carvings of stone lions in different eras have different characteristics and also show different local characteristics. Therefore, the stone lion also has the South Lion and North Lion. The sculptures of the Northern Lions are simple and the appearance is more majestic and majestic; the South Lions have many carvings and the appearance is more lively and interesting.

Chinese lions are often eye-catching, often with their colorful appearance, and are now more and more popular among Western decorators. But their history spanned thousands of years and dates back to ancient China. 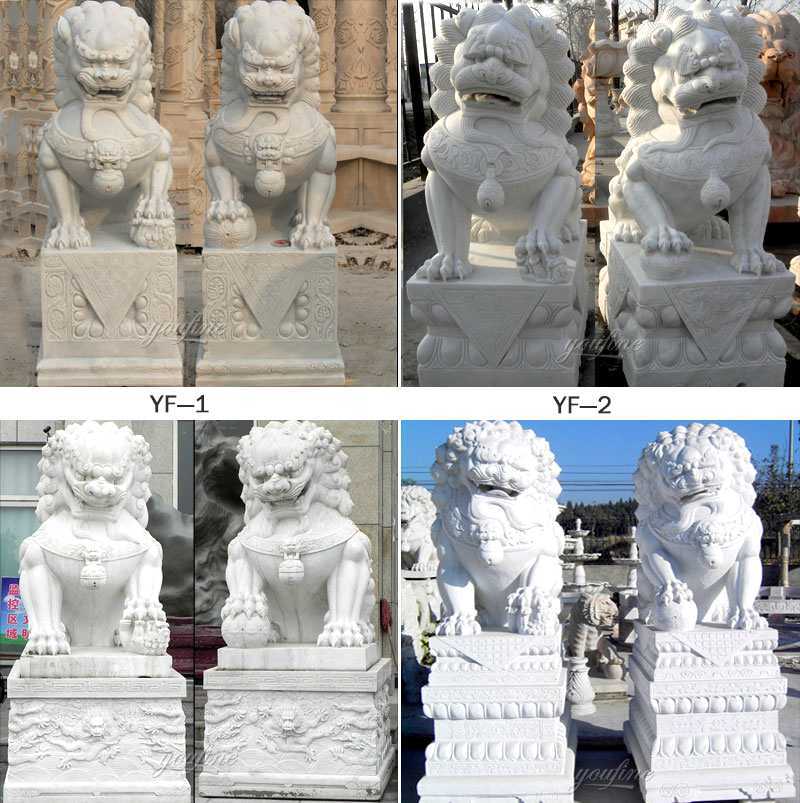 Here are some tips about Chinese Foo Dog Statue:

1.The Foo dog is actually a lion. In China, foo dogs originate from them. They are called shi, meaning “lion” or shishi, meaning “stone lion”. They have similarities with the Chow Chow and the Shih Tzu, which makes these characters known as foo dogs (or blessing dogs in English), although you could also see them as Chinese guardian lions, guardian dogs or stone temple dogs.

2.Foo dogs start from the outdoors. Standing in front of ancient palaces, temples and homes, the foo dog statue was originally made of stone and could be very large! These impressive beasts, their open mouths, as if in the middle, indicate that the place they guard is an important place and will definitely stop anyone who is about to enter. It took only a long time to produce a smaller, more portable version. 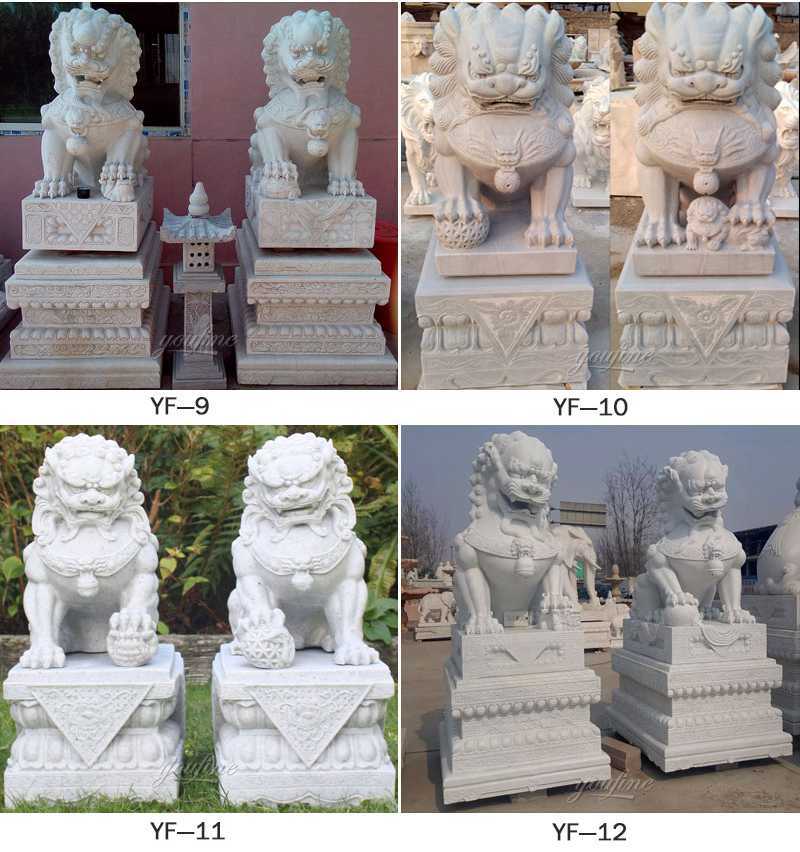 3.Foo dog statues should be a pair. Foo dogs are symbolic protective statues that are designed in pairs, one for women and the other for men. The female represents the yin, symbolically protecting the person living in the home, and the male statue representing the yang protects the structure itself.

5. There is the right way and the wrong way to put your foo dog statue. When you face a pair of foo dogs, the most auspicious position according to Feng Shui is female on the left, and male on the right (with balls). So if you have a pair of Chinese foo dao marble statue, in order to express auspicious meanings, you need to show them together instead of showing them in different rooms.

Using a foo dog as a decoration is nothing new. For centuries, the version of the foo dog has been used as a symbolic protective decoration in Chinese families. These unique creatures, whether on the flank of the front door, sitting on the mantelpiece or on a special shelf, have always guarded the home. 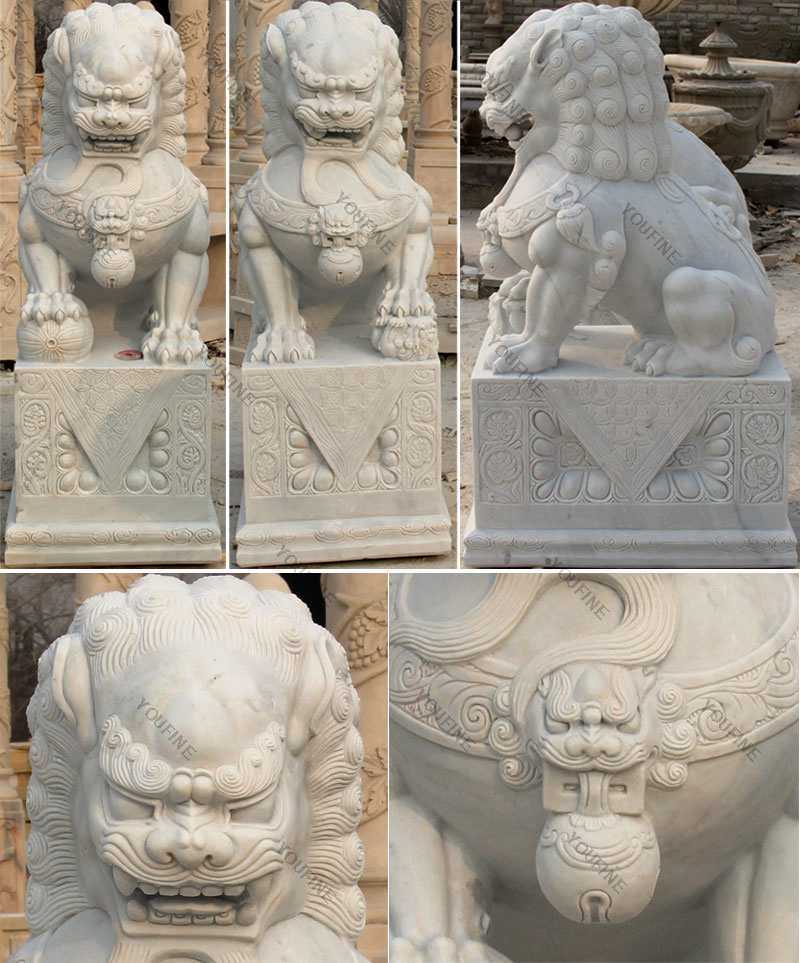 Because of their protective symbolism, foo dogs are particularly suitable where they are sure to be noticed. Place a pair on the console in the foyer or use them as the focus of the living room at the top of the mantel. Foo dog statues could also be used as decorative items, and would be a good decoration in front of any place.