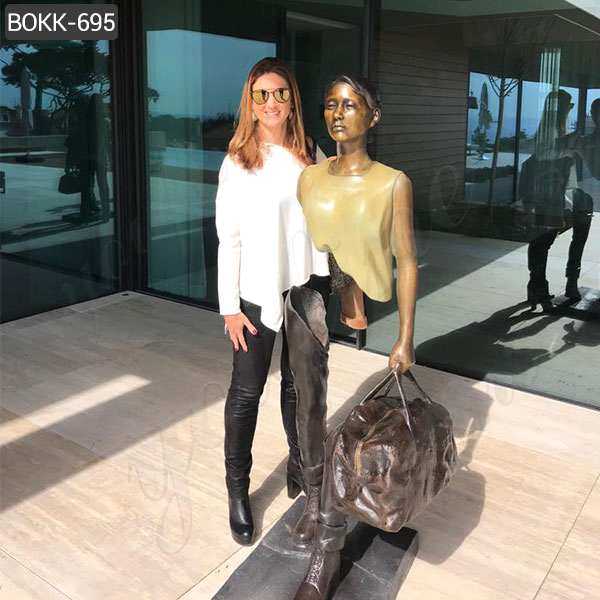 Bruno Catalano: French sculptor, born in 1960, loves art since his childhood. Bruno Catalano has been engaged in the sculpture art since the 1990s and has shown brilliant talent. His sculptures of Bronze Bruno Catalano Travellers Sculpture reveal to us the desire of the artist. He imprinted his style on the sculptural work, capturing the attention of the audience while conveying this desire. 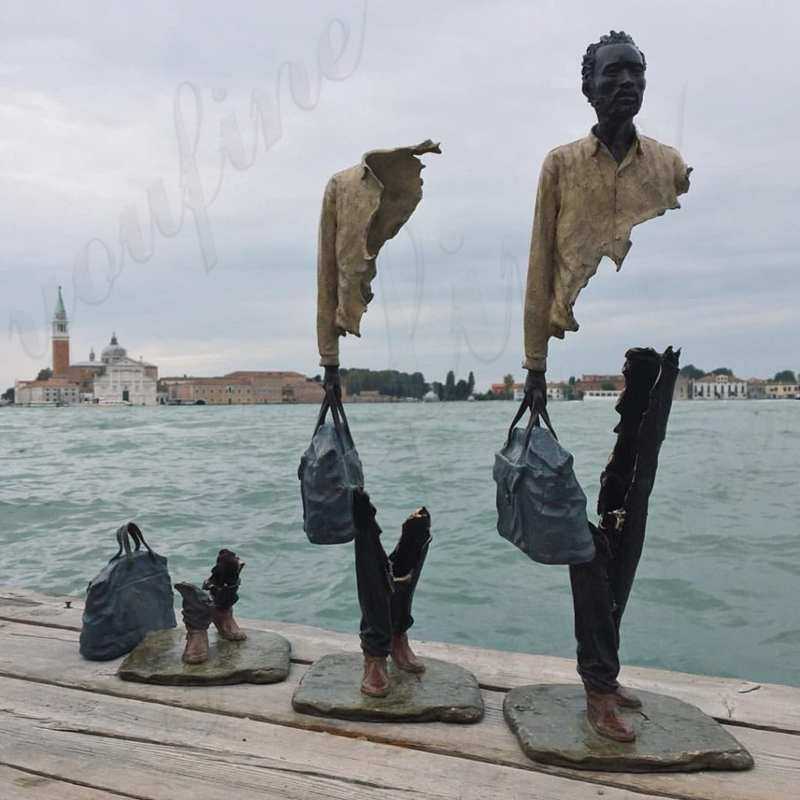 Bruno Catalano became a sailor in his twenty years. This nomadic lifestyle is the main source of inspiration for his work as an artist. The Bronze Bruno Catalano Travellers Sculpture, especially Les Voyageurs, show this influence. They delve into the topics of travel, immigration and travel. The theme extends to exploring the experiences of family, belonging, loss and “world citizenship”. Each statue carries a suitcase and weighs them, but it is also the only means of support. 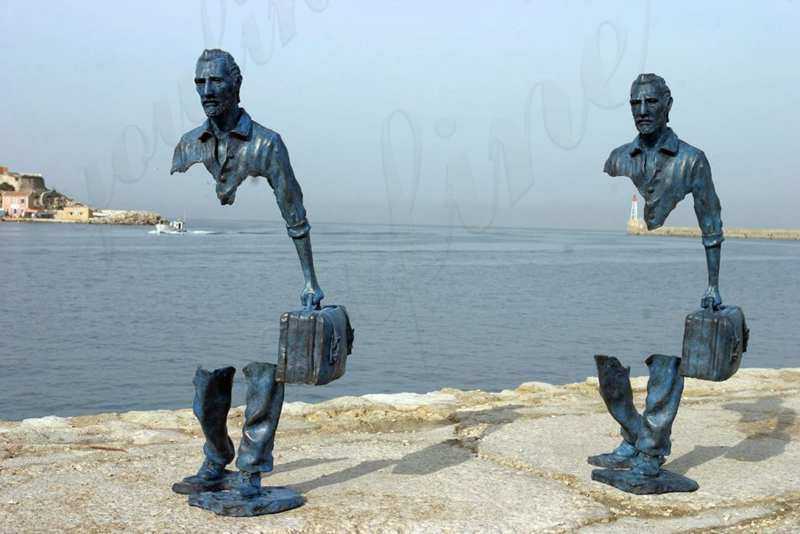 Technically, artistically and in its symbolic sense, a large number of omissions in the statue leave a lot of things for imagination. Some numbers seem to fade away, while others are emerging before our eyes. Contrary to the broad and rich perspective of travel, Catalano laments that all his travels make him feel that part of [he] has disappeared and will never return. 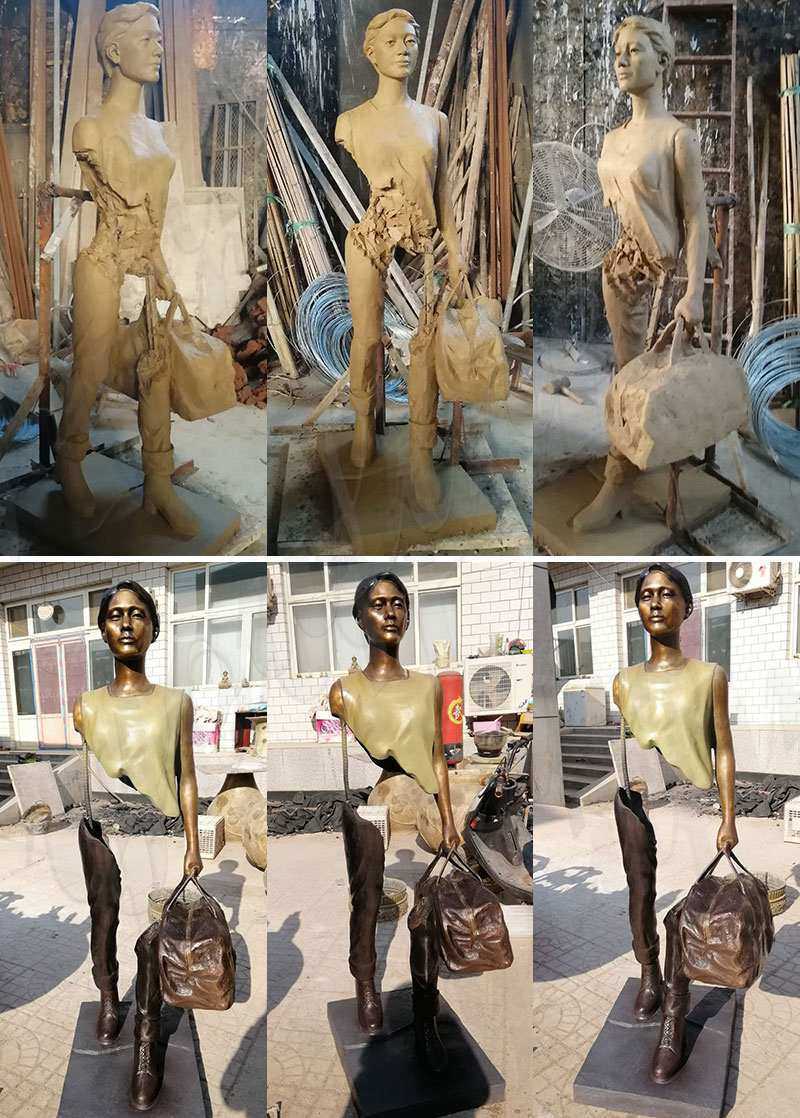 In order to celebrate Marseille as the European Cultural Center of 2013, artist Bruno Catalano created several sculptures on the streets of Paris, France, inspired by travelers, and named it “Traveler”. This group of Bronze Bruno Catalano Travellers Sculpture basically lacks a part of the center, and the upper part is connected by hand luggage, as if it suddenly appeared from the time tunnel. Every sculpture’s body is hollowed out. Are you short-selling travelers really understand what it means to travel? Or on the road of travel, are we playing for fun or for the stability of life? Everyone sees this group of works with different moods, leaving more room for imagination. 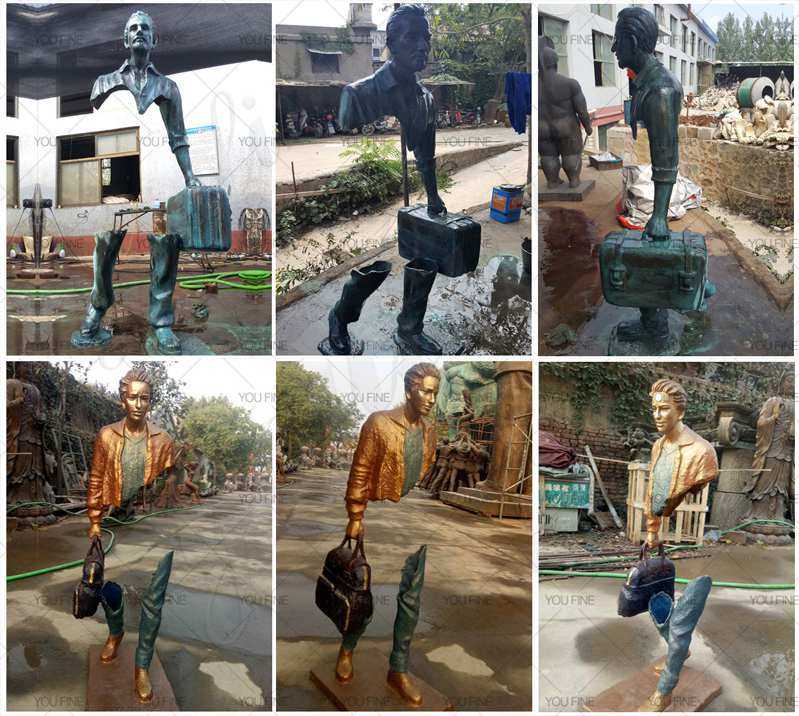 His work is now well known in France and around the world. Bruno Catalano’s sculptures are collected by many of the world’s largest companies, world-renowned private and public art collectors, and exhibited in France, the UK, China, Belgium, Switzerland and the United States.