Do You Know the Symbolism behind Lion Statues for Front Porch?

Do You Know the Symbolism behind Lion Statues for Front Porch? 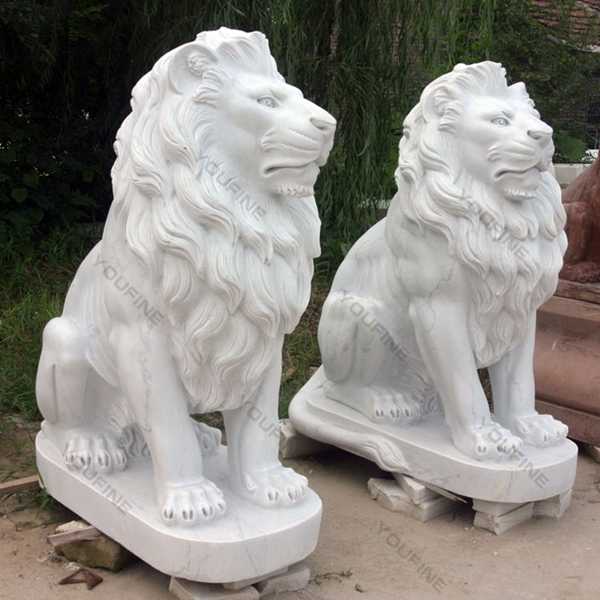 The guardian lion, also known as the komainu, shishi or foo dogs, is a formidable, fabulous lion-like creature that could be seen in a variety of art forms from architecture to tattoos. Because they symbolize prosperity, success and guardianship, they are full of meaning, which makes them popular in Western art as well. 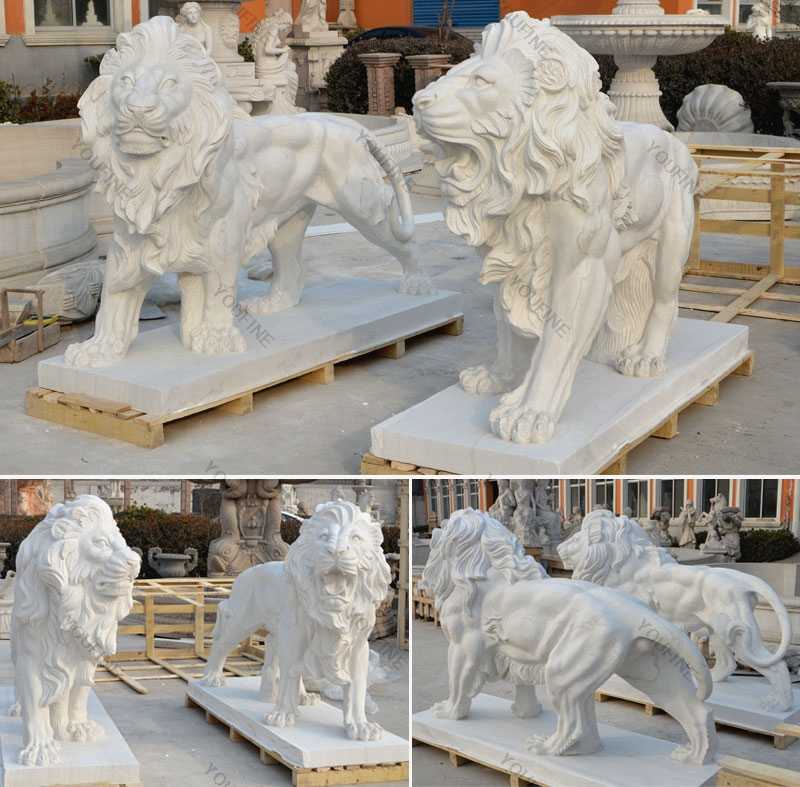 The Lion Statues for Front Porch are a common evil-threatening item in Chinese traditional culture. The lion statue is a sculpture with stone as a raw material, and a sculpture with artistic value and ornamental value. The earliest stone lion was the stone lion in front of the tomb of the Eastern Han Dynasty. 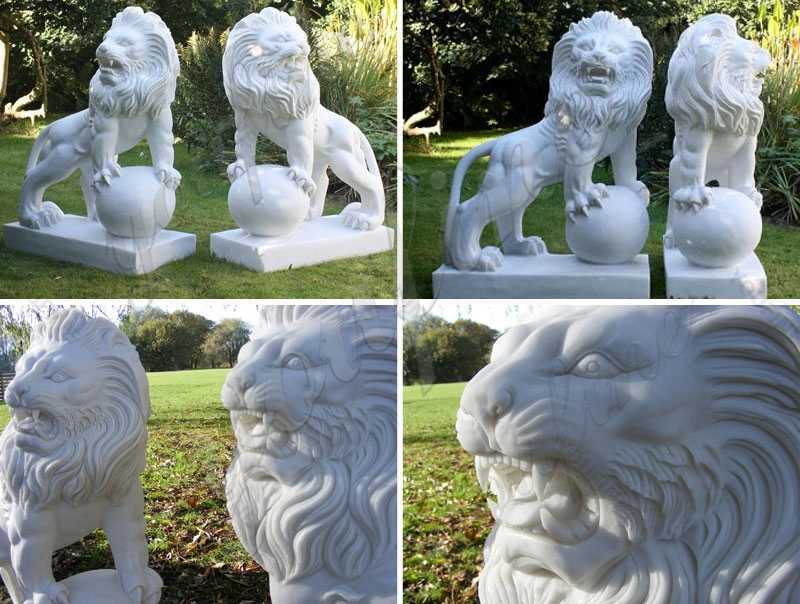 It is a kind of decoration commonly used in traditional Chinese architecture. In ancient times, it is seen in Chinese palaces, temples, pagodas, bridges, mansions, gardens, tombs and buttons. But more often, the Lion Statues for Front Porch is specifically a pair of lions placed on the left and right sides of the gate. Especially in modern times, people usually put marble lions statue in front of their house, company or at the entrance to some passages.

Buddhism considers the lion to be a sacred creature. The Lions represent peace and are thought to bring peace to anyone with their own mark. Instead, they also represent energy and happiness. Guardian lions almost always appear in pairs. It is said that the two together represent the duality: they are contrasting and complementary studies, with a power based on gentleness and wisdom, or, more simply, yin and yang. 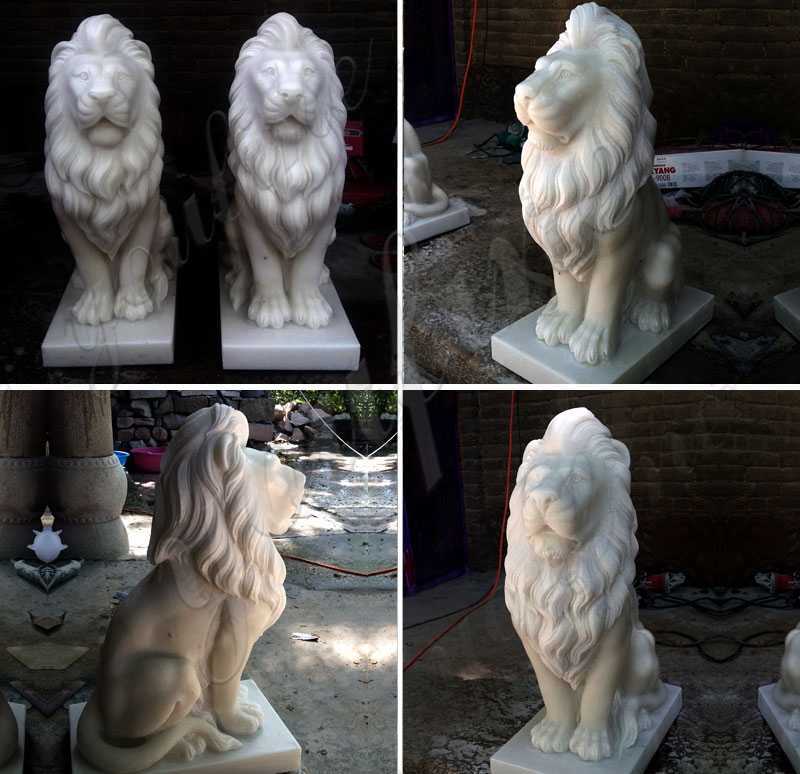 At You Fine Art Sculpture, we have a wide selection of marble lion sculptures for you to choose , Chinese lions, Western lions, flying lions, etc. With more than 30 years of experience in marble sculpture production, we are able to provide you with the high quality and satisfying marble  Lion Statues for Front Porch.