Pope John Paul II served as pope and sovereign in the Vatican City from 1978 to 2005. He is called St. John Paul the great by some Catholics.

He was elected in the second Pope talks in 1978, which was called after Pope John Paul I, who was chosen in August as the successor of Pope Paul VI the Cardinal Wojtyła was elected on the third day, John Paul II, It is recognized as a Poland of the country and ultimately helping to end Communist rule across Europe. 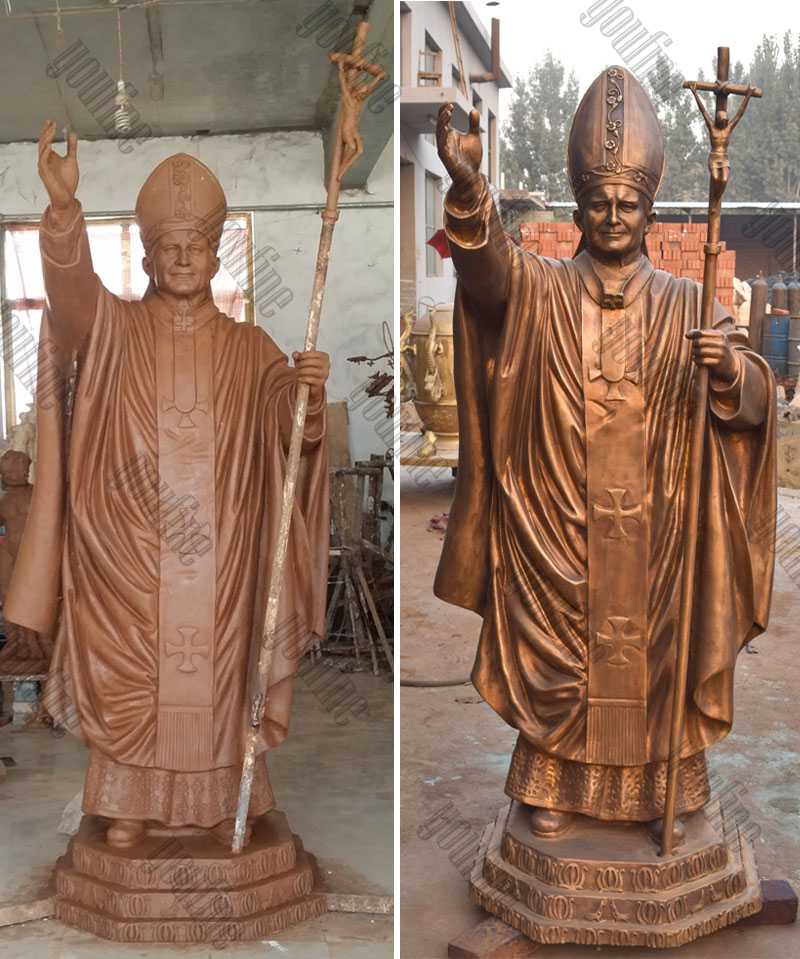 Our Bronze Pope John Paul II Statue is made in the traditional “lost wax process”, capturing incredible details of fur and anatomy. Bronze art ensures the beautiful surface of the artwork and makes your sculpture vivid.

John Paul II supported the church’s second Vatican Council and its reforms, although the Catholic Church and Judaism, Islam, the Eastern Orthodox Cathedral, and the Anglican were supportive of the ecclesiastical teachings on artificial contraception and the granting of women’s priesthood.

John Paul II was Pope Pius IX, who worked for about 32 years from 1846 to 1878, and was the second-longest historical historian in modern history. Who was the Poland-born John Paul II who served from 1522 to 1523 in the Netherlands after Pope Adrian VI? The reason for the orthodoxy of John Paul II was that it escaped the traditional five-year waiting period and was launched in 2005 in one month after death. 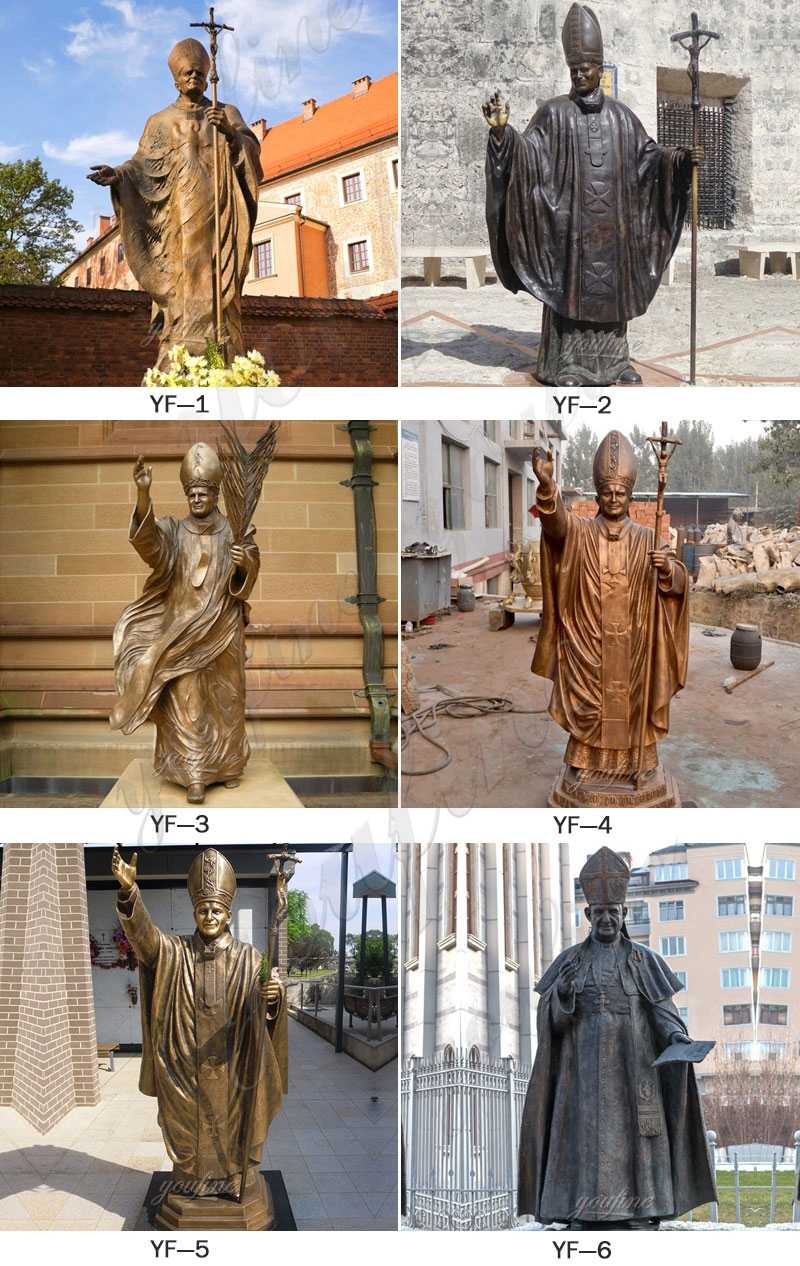 Just 10 Steps ! You Also Can Make A Great Copper Relief !