Igor Mitoraj was a Polish artist best known for his fragmented sculptures of the human body. Often created for large-scale public installations, his monumental works referenced the struggle and suffering of 20th-century Europe. Mitoraj’s sculptural style is rooted in the classical tradition with its focus on the well modelled torso. However, Mitoraj introduced a post-modern twist with ostentatiously truncated limbs, emphasising the damage sustained by most genuine classical sculptures.

Often his works aim to address the questions of human body, its beauty and fragility as well as deeper aspects of human nature, which as a result of the passing of time undergo degeneration. One of his most celebrated pieces, Testa Addormentata (Head Lulled to Sleep) (1983), depicts a bandaged female head on its side rendered in a Greek Classical aesthetic, and is installed on the Canary Wharf in London. “I feel that a piece of arm or a leg speak far more strongly than a whole body,” the artist said of his choice to depict only portions of the body at a time. Born on March 26, 1944 in Oederan, Germany, the artist grew up in Poland and attended the Academy of Fine Arts in Krakow. His mentor, the artist Tadeusz Kantor, suggested that he study in Paris, following this advice he enrolled at the École Nationale Supérieure des Beaux-Arts.

Over the following decades, the artist worked in Paris and in Pietransanta, Italy, where set up a studio and quarried the local stone for his work. Mitoraj died on October 6, 2014 in Paris, France at the age of 70. In 2016, the late artist was the subject of an exhibition held in the ruins of Pompeii which included his statues of the mythological figures Icarus and Daedalus. 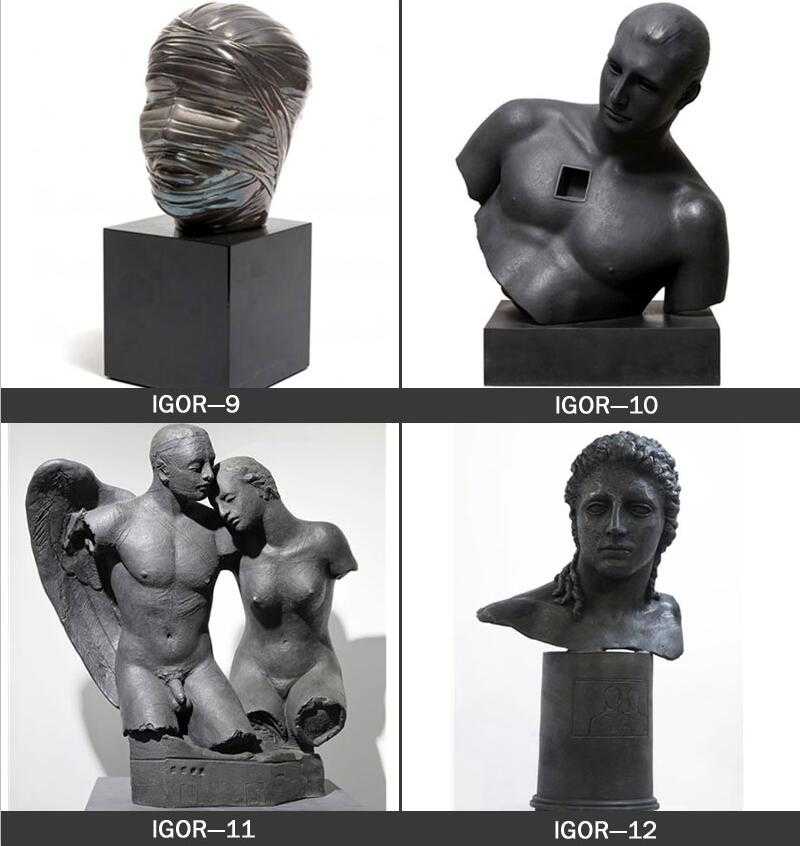 Today, his works are held in the collections of the Hirshhorn Museum and Sculpture Garden in Washington, D.C., the Narodowe Museum in Krakow, and the Los Angeles County Museum of Art, among others.

So if you are interested in Famous Igor Mitoraj Replica,or want to custom made any sculpture in bronze,this is the right place to choose from,please contact with us !