The Famous Statue-Boy with Thorn

The Famous Statue-Boy with Thorn

Boy with Thorn, also known as Fedele ( Fedelino ) or Spinario. The sculpture, one of the few Roman bronzes never to disappear from sight, depicts a boy pulling a thorn from the sole of his foot. When Navarrese rabbi Benjamin of Tudela saw the work in the 1160s, standing outside the Lateran Palace, and identified it as Absalom, he “took the No blemish to the top of the head.” It was noticed by the English visitor Magister Gregorius around 1200, who noted in his De mirabilibus urbis Romae that it was absurdly identified as Priapus. It must have been Pope Sixtus IV in the 1470s, one of the sculptures transferred to the Palazzo dei Conservatori, but is not recorded until 1499-1500 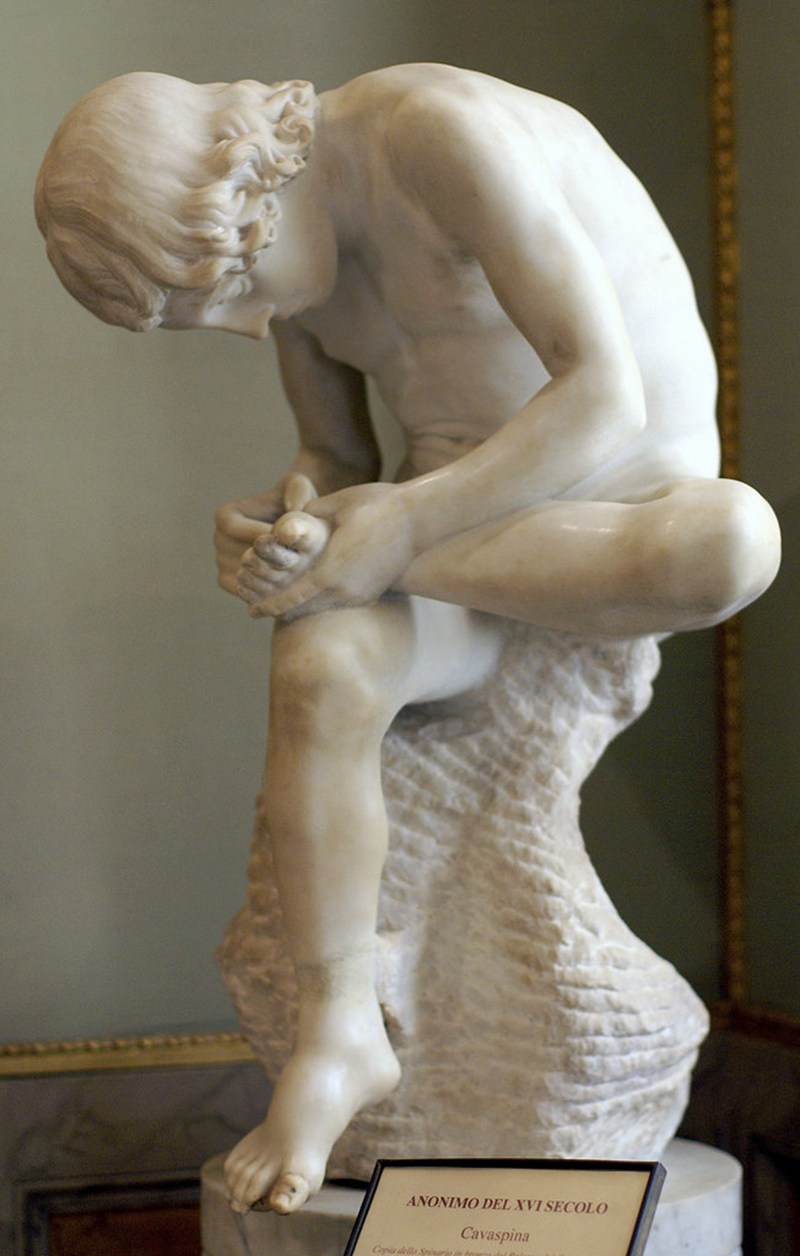 The Roman sculpture of Spinario at the Uffizi Gallery has several copies in Italy, one of which is on display at the Uffizi Gallery. This is a copy of a lost 3rd century BC Hellenistic original in Roman marble, circa 25-50 AD, from the Castellani collection, Rome. Supposedly found on the Esquiline. The base of the statue is a rock with a fountain pipe hole in it. Another copy, possibly the oldest, is in the Capitoline Museums in Rome. One of the Hellenistic bronze sculptures is now in the Palace of the Academy of Music in Rome. 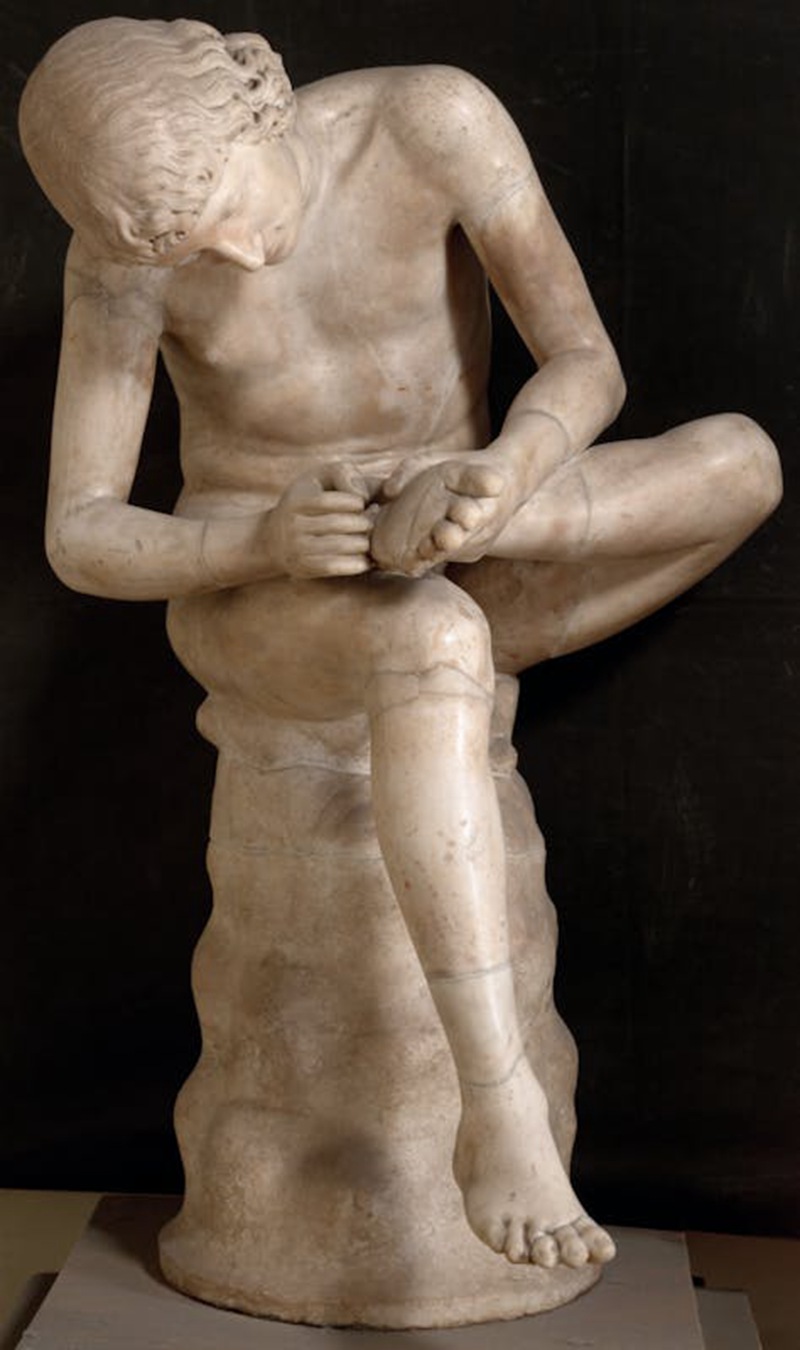 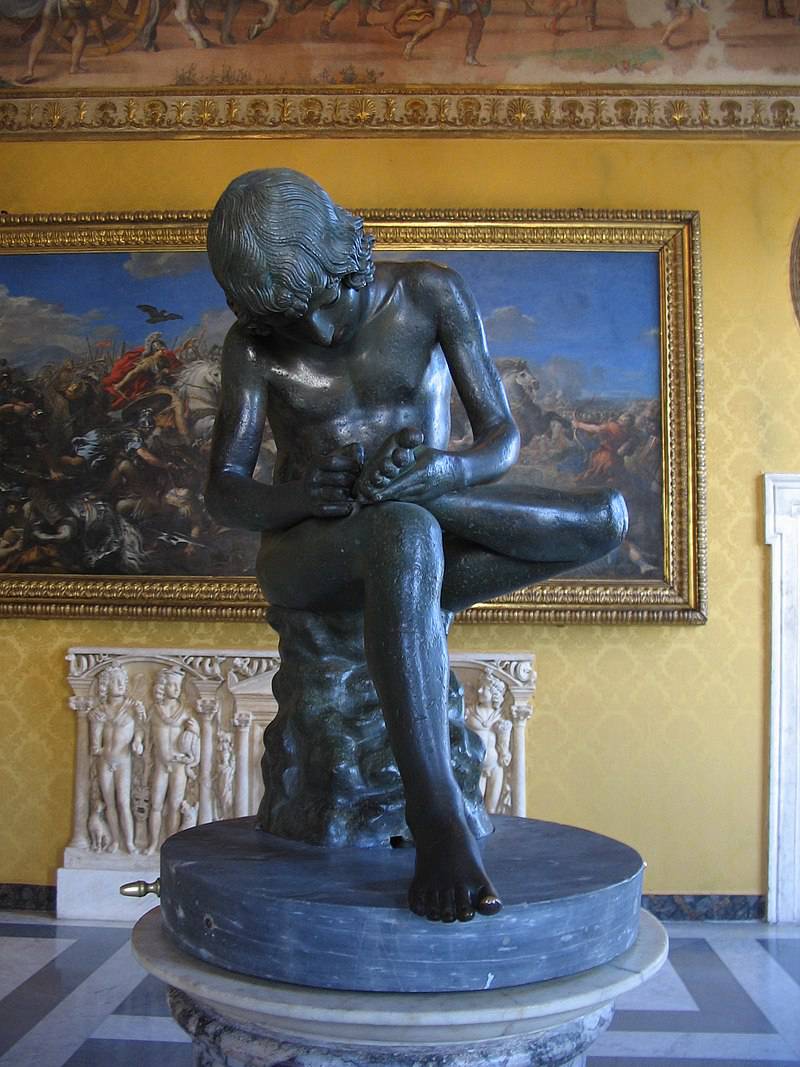 Buonaccolsi made a copy for Isabella d’Este around 1501, now in the Galleria Estense, Modena. In 1500, Antonello Gagini made a full-scale variant for a fountain in Messina, which is probably the bronze version now in the Metropolitan Museum of Art, New York. The still life “Spinario” by Pieter Claesz from 1628 is preserved in the Rijksmuseum, and it shows a small plaster cast of Spinario among the riches symbolizing the good life. Later remakes, one such example could be seen in Oliver’s Mansion in South Bend, Indiana. There is also said to be a copy at the entrance to the Newcastle University Medical School. Thorn Extractor by Gustav Eberlein, painted between 1879 and 1885, in Alte Nationalgalerie, Berlin. 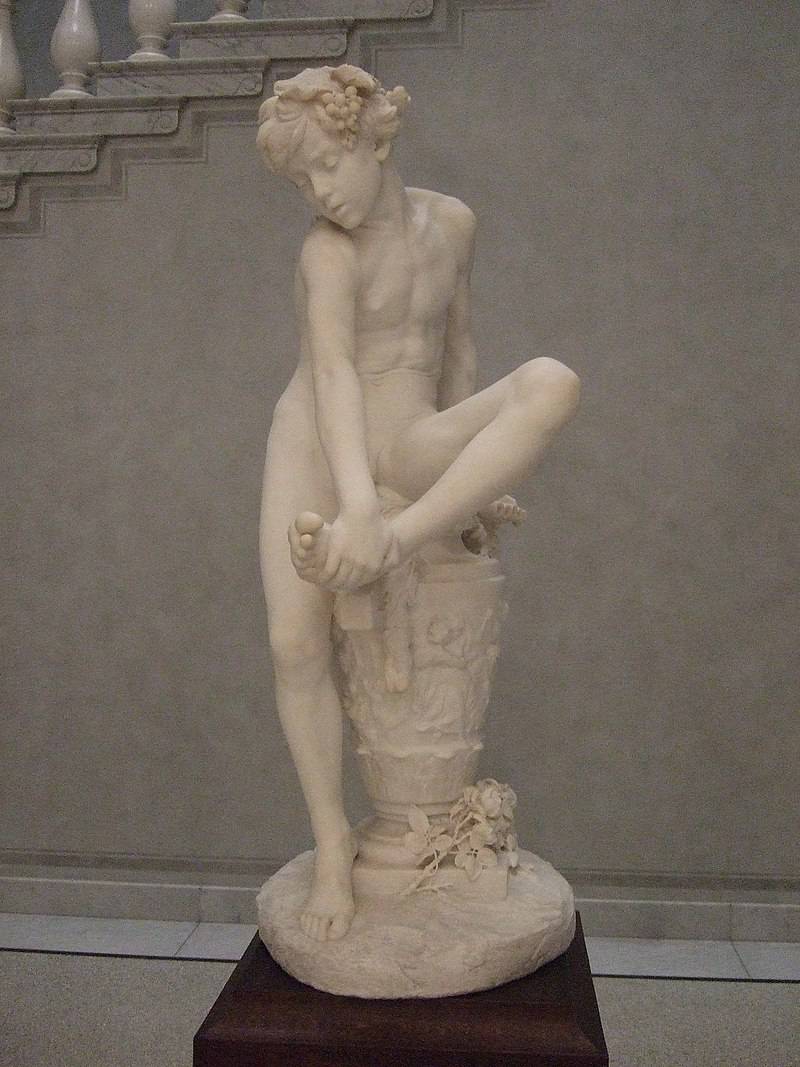 Fun Story About Boy with Thorn:

The formerly popular title of Boy with Thorn, Il Fedele (“The Faithful Boy”), was derived from an anecdote intended to give this intimate and naturalistic study a more heroic civic context: the faithful messenger, a shepherd, first sends to The Roman Senate delivered his message, and only then stopped to remove the sting from his foot: the Roman Senate commemorated the event. Such a story has been obliterated in Paolo Alessandro Maffei’s Raccolta di statue antiche e moderni… of 1704. 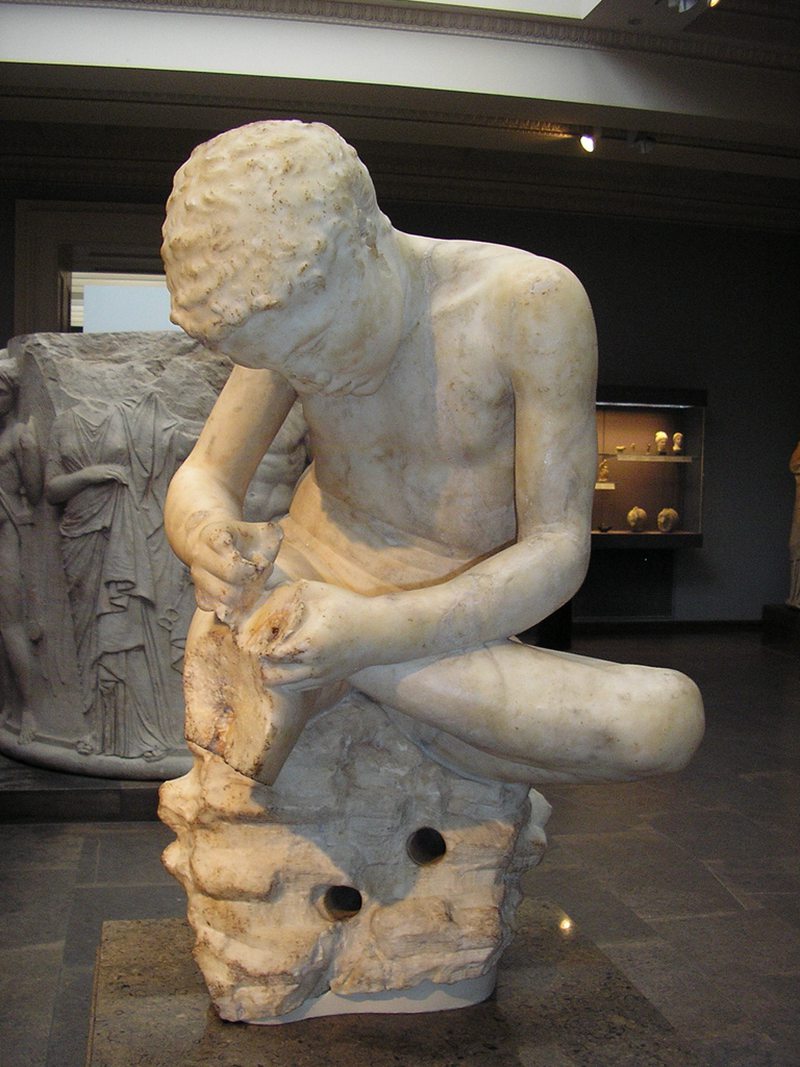 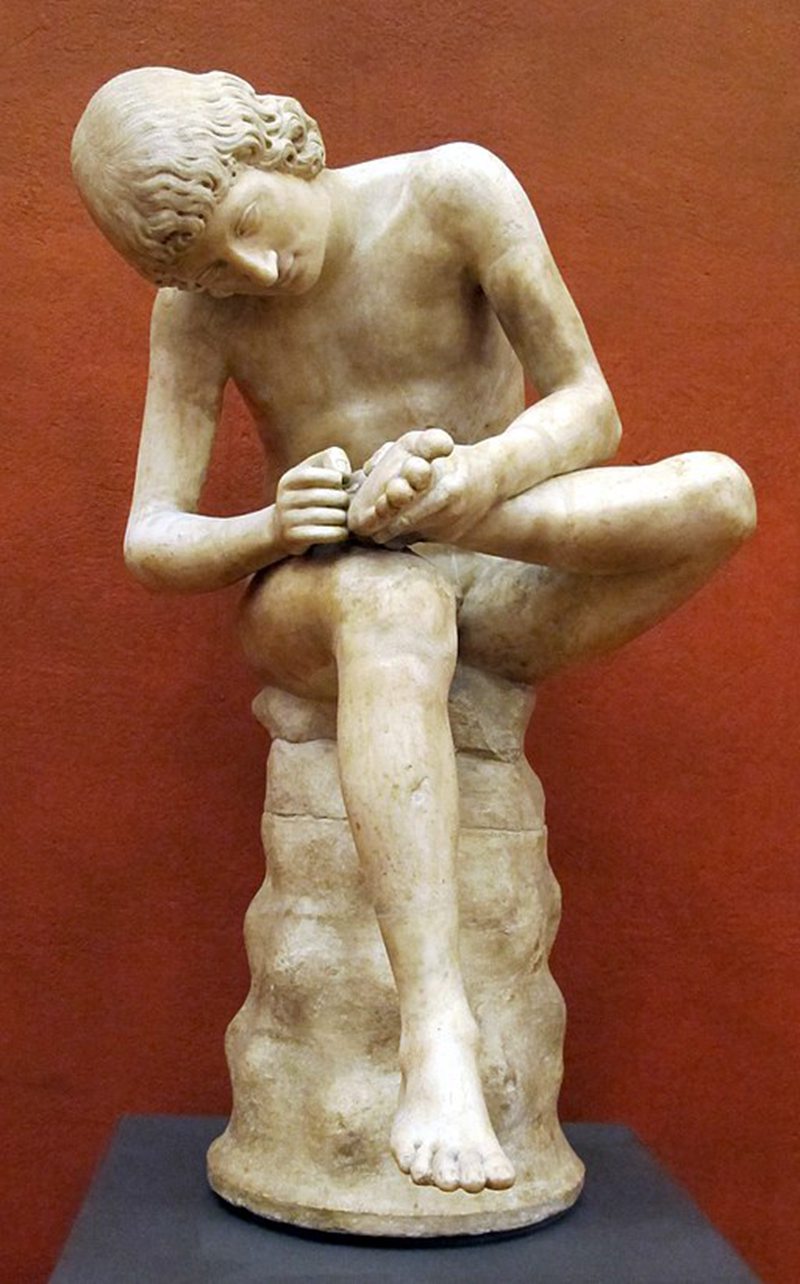 If you love the Boy with Thorn, you’ll have the chance to take home a replica. As a sculpture factory established in the last century, we are good at making sculptures made of marble, copper, stainless steel, fiberglass and other materials. We have also made bronze and marble versions of Boy with Thorn for our clients. And as a sculpture direct selling factory, we have rich production experience and could guarantee to give you perfectly reproduced replicas. At the same time, our price is also unbeatable, which is affordable by customers. If you are interested in replica statue of Boy with Thorn, feel free to contact us through the contact information we left at the bottom of this page. 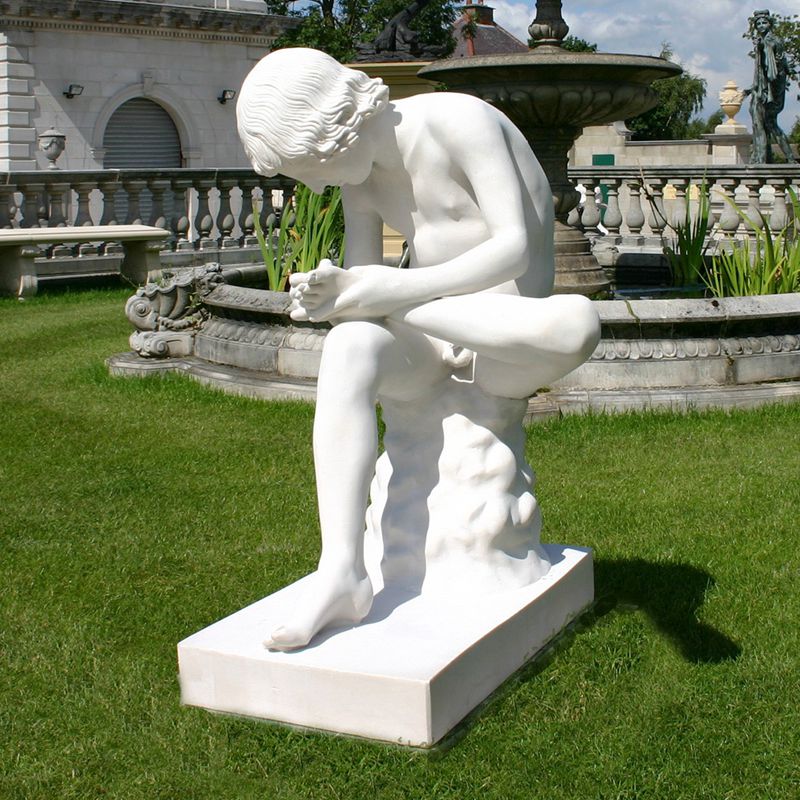