What the difference between the designs of stone lion statues?

Home » NEWS » Company News » What the difference between the designs of stone lion statues?
Site Search:

What the difference between the designs of stone lion statues? 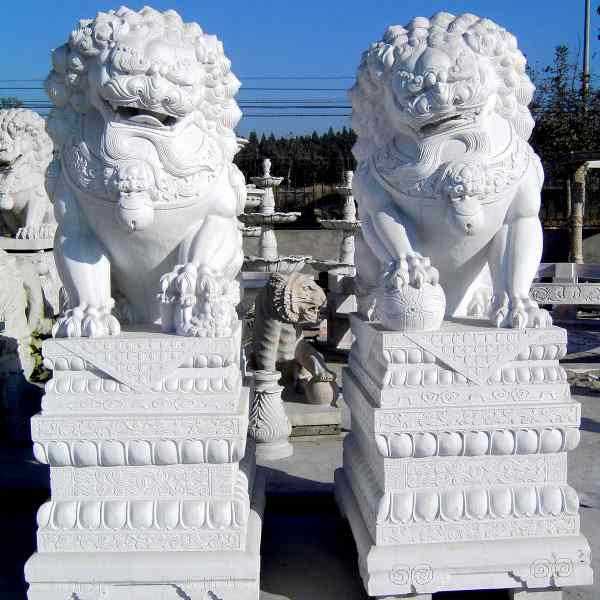 As the name suggests, the Peking Lion is a stone lion statues in the Forbidden City of Beijing. The Peking lion sculpture is generally dignified and atmospheric in form, and it is a symbol of royal power. The Pekingese lion is the beast that guards the royal gateway to ensure the tranquility of the palace. For the lion is the king of the Hundred Beasts, and he is majestic, majestic and imposing. The rulers believed that lions not only ward off evil spirits, but also bring good fortune. Pekingese lions are a male and female pair. The lion’s headdress mane is fashionable, with a bell hanging from its neck, muscular and majestic. And the base of the Peking lion has an elaborate and delicate scrolling leaf pattern. 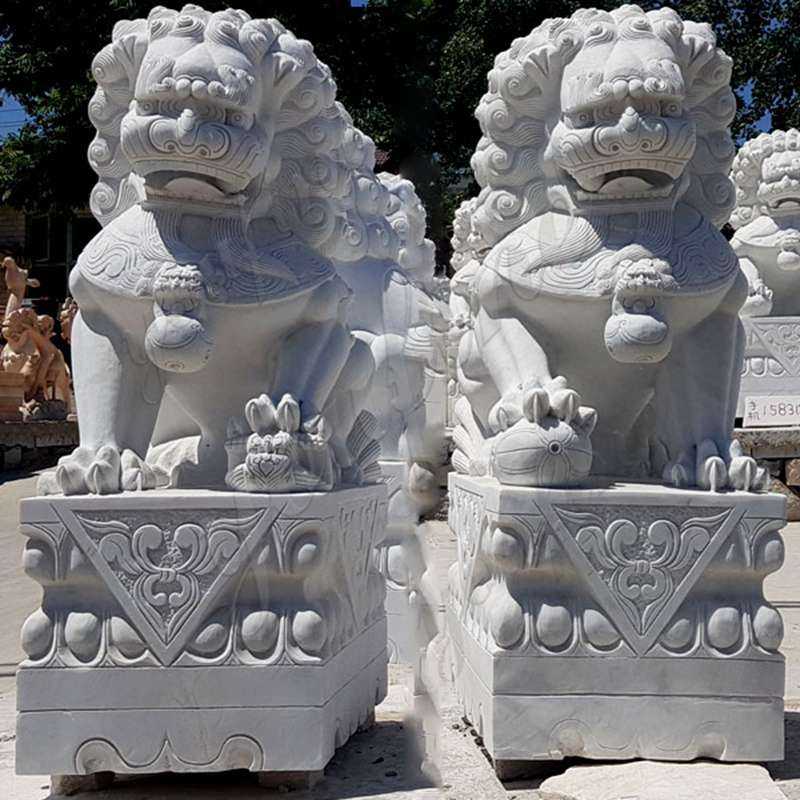 The money lion statues: It is named after the stone lion is usually decorated with a string of ancient money before the shape, it is a classic shape among the stone lions in southern China. The money offering lion has the meaning of attracting wealth and bringing in treasure, with its cute and graceful shape and spirituality. It is one of the most common forms of stone lion in Han folklore and is often placed in front of temples or shrines. The male lion is often adorned with a large string of coins, which means that the lion will bring in wealth and treasure. The lioness plays with the lion cubs, which means that the people are thriving. 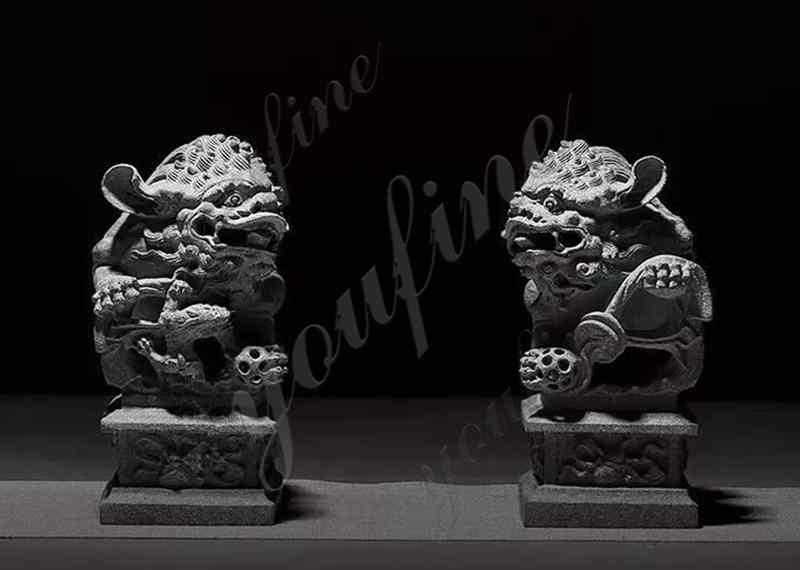 Tennis lion: also often called a juggling lion statues, it is also the most common type of stone lion in southern China. The tennis lion’s shape evolved from the traditional Chinese auspicious pattern of a double lion playing with a ball. It is said that the lion is the king of a hundred beasts and is a symbol of power and majesty. A Buddhist classic, with great reverence for lions. The lion play ball is believed to exorcise evil and turn fortune, so the tennis lion shape is very popular among the Han folk. Tennis lions are also generally styled as a female and male pair, but both male and female lions are rolling and playing with a large embroidered ball. 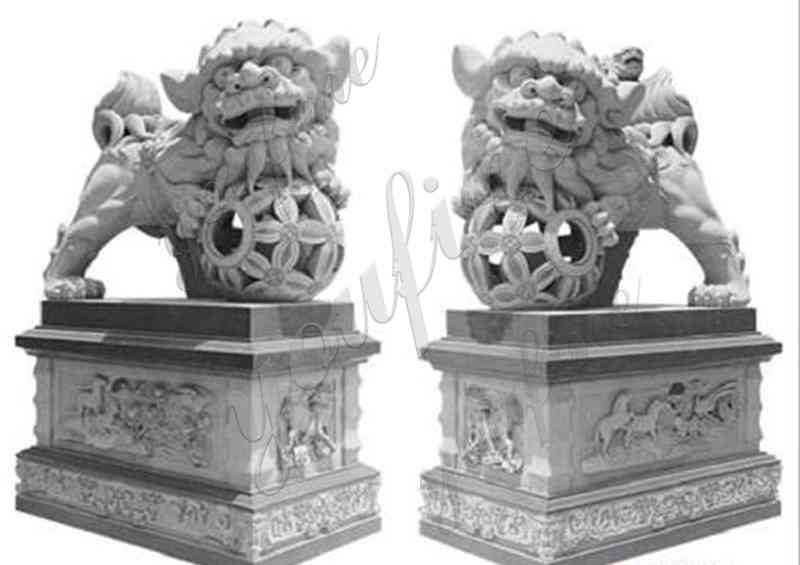 The Hong Kong Dollar Lion statues: A foreigner, it first appeared on the doorstep of Hong Kong banks with the introduction of Western banks. Hence the name. This type of stone lion is more realistic and has a similar shape to the real lion. They are generally a male and female pair and generally stand on either side of the bank gate. Usually, the male lion’s mouth is open, which means that he is attracting money and wealth. The lioness, on the other hand, has a closed mouth, which means that she is a wealthy man. 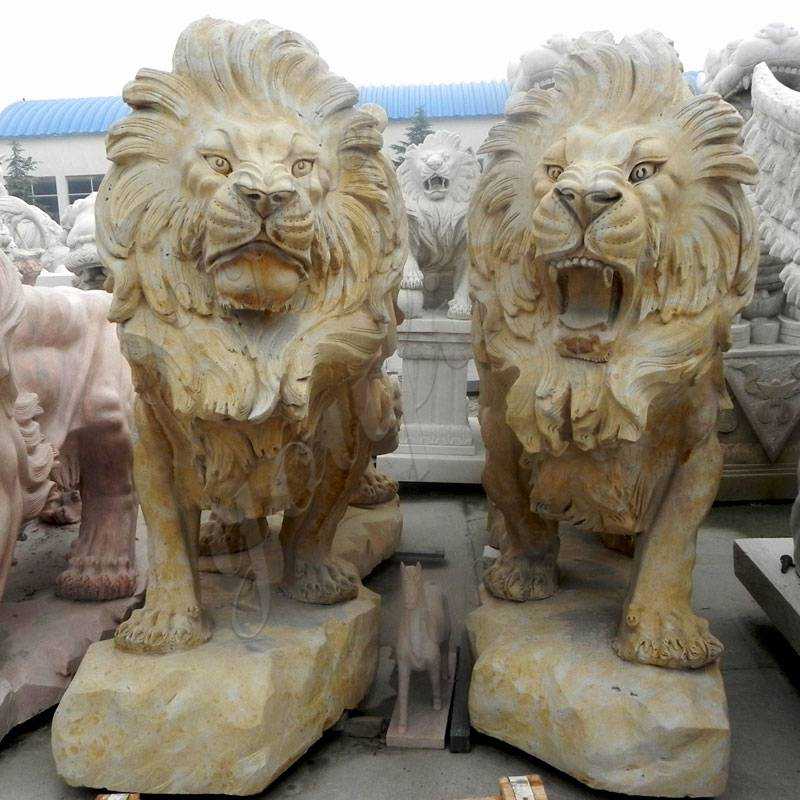 Chaoshan Lion: It is a lion craft model passed down in the Chaoshan area of Guangdong. The Chaoshan stone lion statues, unlike the lion, is an exaggeratedly embellished artistic image. The Chaoshan lion has a high head, broad nose and mouth, two rounded eyes, head and feet covered with curly hair, and a mane of hair, both in line with the lion’s ecology, but also in harmony with the overall exaggeration. The head is large and small, but because it sits in a very decent position, it gives the impression that it is thick, powerful and graceful, solemn and majestic and lively. 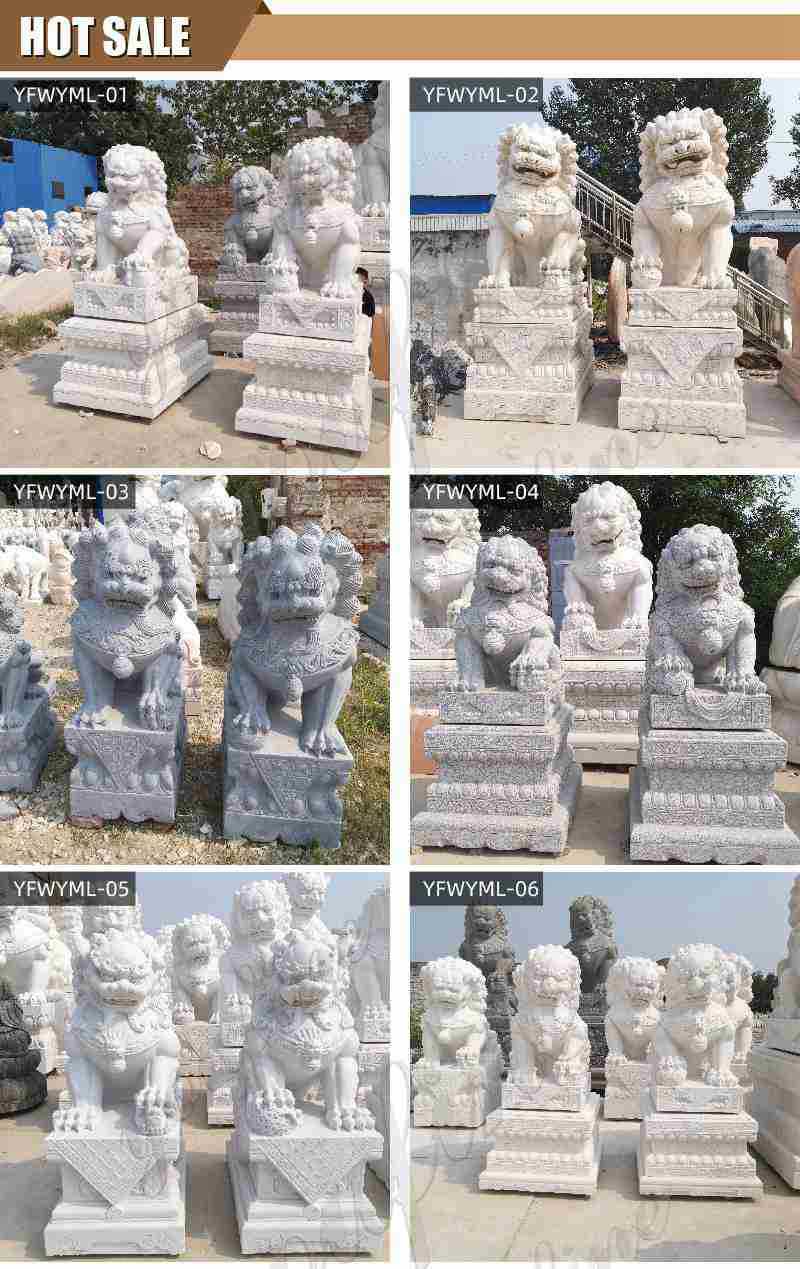