This statue is designed to encourage people to touch Elvis’s hand. During our visit, we saw tourists instinctively reaching out to do that. It was like God’s help to Adam on the ceiling of the Sistine Chapel, except for the god of Tupelo, which raised the microphone and had Badu.
Item No: BOKK-13
Size: 180cm or Custom
Keyword: Elvis Presely Statue for Sale
Superiorities 1: Door to Door Delivery
Superiorities 2: Free Custom Made
Superiorties 3: 30 Years Quality Guarantee
Color: Like the picture (Can be Custom Made）
Style: Famous Folk Art
Tech: Lost Wax Casting

The statue was designed to encourage people to touch Elvis’s hand, and during our visit we saw tourists instinctively reaching up to do just that. It’s like God reaching out to Adam on the ceiling of the Sistine Chapel, except that the god of Tupelo cradles a microphone and has a pompadour.

Elvis was one of the most famous and influential musicians of the twentieth century. He has been a commercial success in fashion, country, blues and Gospels, and is the best-selling solo artist in music history. He won three Grammy Awards and a Grammy Lifetime Achievement Award at 36, a choice for the Music Hall of Fame. 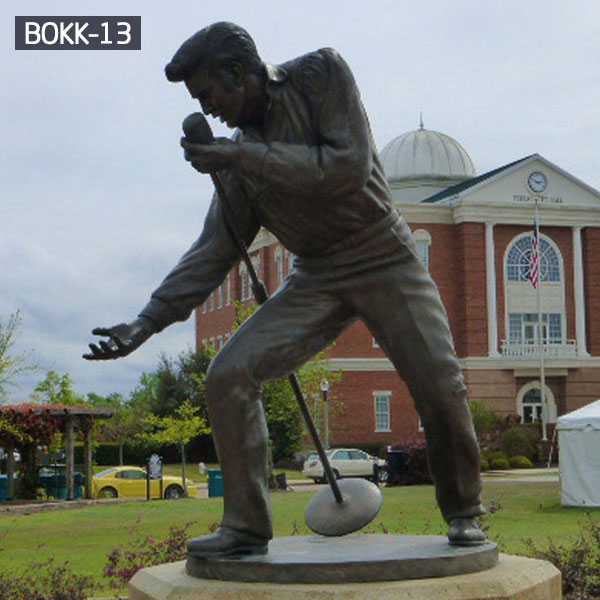 In November 1956, Presley debut in the “Love My Bid”. Presley was elected to the Army in 1958 and resumed his record career two years later, his most successful commercial work. However, he had few concerts and, under Parker’s guidance, he devoted most of his the 1960s years to making Hollywood films and soundtrack albums, most of which were seriously ridiculed. 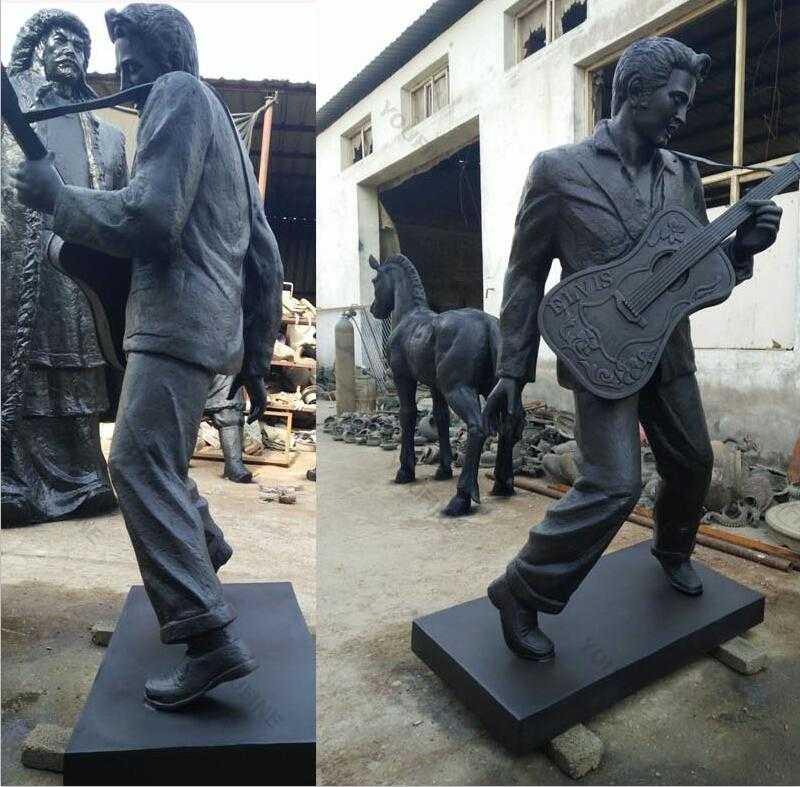 Elvis Aaron Presley (January 8, 1935 – August 16, 1977) is an American singer and actor. As one of the most important cultural icons of the 20th century, he is often referred to as the “king of rock” or simply “king”.

In 1968, after a seven-day live performance break, he returned to the stage on the famous TV comeback special Elvis Presley, leading to an extension of Las Vegas’s concerts and a series of highly profitable touring shows. In 1973, Presley presided over the first concert by a solo artist in all parts of the world, from Hawaii’s Aloha. The abuse of prescription drugs over the years has seriously damaged his health. He died suddenly at the age of 42 at Graceland Manor in 1977.

Before placing your order if you have any queries or special requirements about our Elvis presley statue, please contact us and we would be happy to discuss these over the phone or via email.