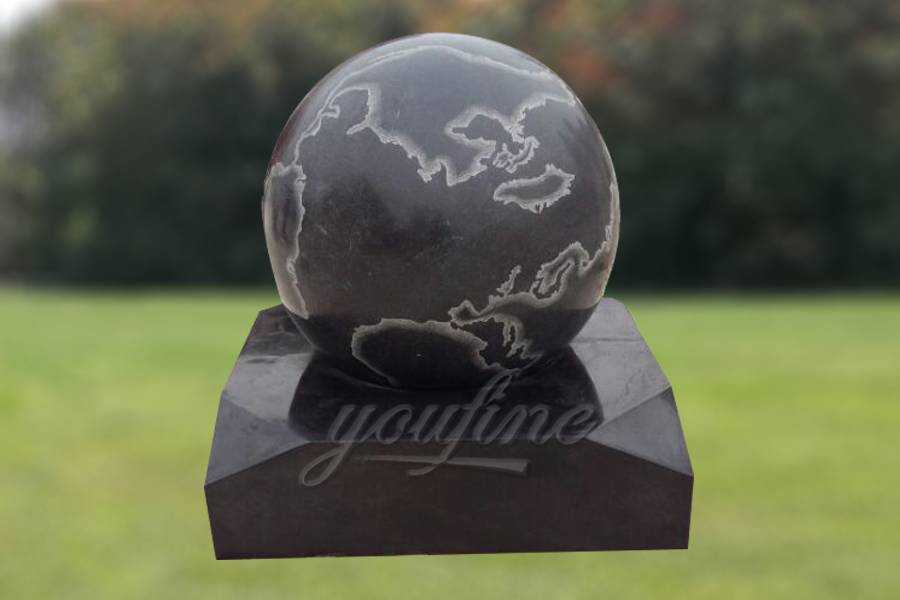 1.Base palate (base pillar)fills with water, fill with the water by the pump, impulse the top stone ball, so that the stone ball long-term rolling, which is the symbol of financial resources rolling.

2.There is a certain pressure and speed when the water comes up, there is a depression below the ball, Due to the increase of the depression in the contact surface, the water bag in the depression can increase the water impulse of the pump many times, so that the pump has a large enough momentum to top up the Rolling Ball, there was no friction between the ball and the tray.

4.The horizontal force comes from the slightly tilted of the ball tray, So Water Fountain-Rolling Ball Marble Fountain on both sides of the force becomes uneven, and water is also coming from the side of the ball plate when the Rolling Ball Fountain turned up.