This large white gazebo is made of natural marble, which is one of the most massive project we have made. It is a rectangular pavilion, consists of more than 40 pillars. We made it for the master of an castle from Bulgaria. 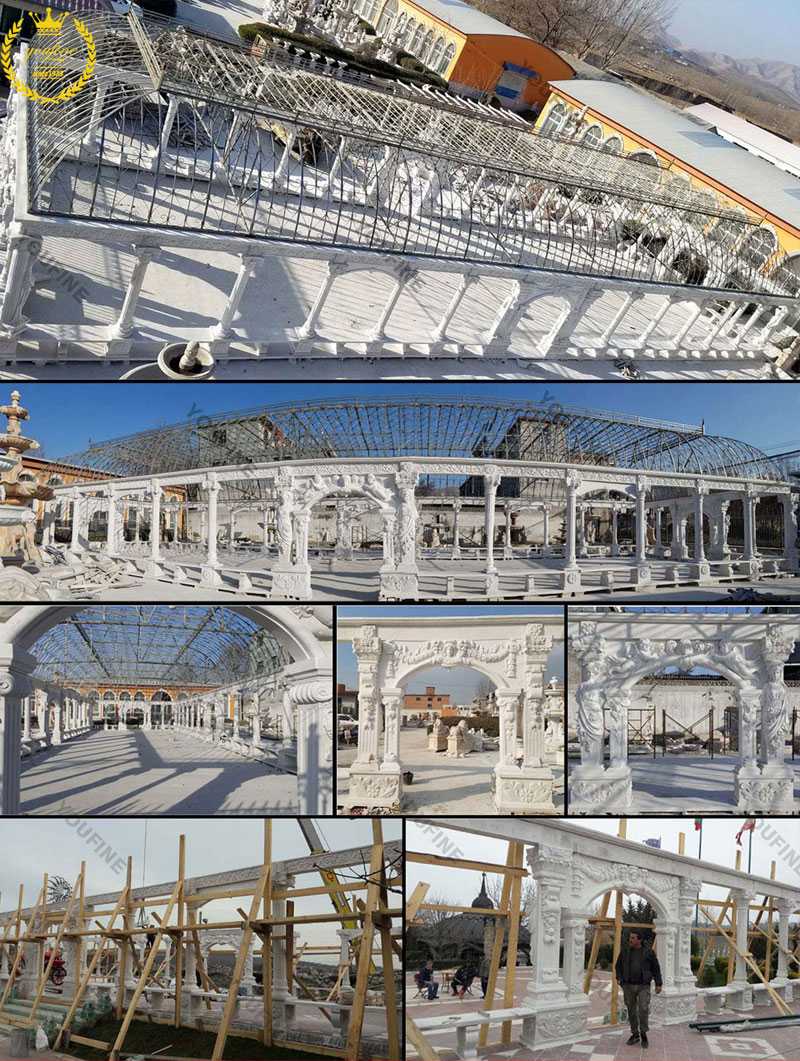 The large gazebo took us almost five months. After finished it. It was loaded in 4 containers. The master of the castle have a great ability of practice operations. He assembled it by his own team. There is a small episode during the process of installation. Due to the gazebo was be put to outside of the wall of the castle.

The decorated female statue column would not be seen. So, he changed the face direction of the female statue to outside. What a clever person he is!Now, the large marble gazebo has been put into use, often have people holds wedding there, also have famous stars come here to have personal party. And it is an important shooting location of Hollywood firm.